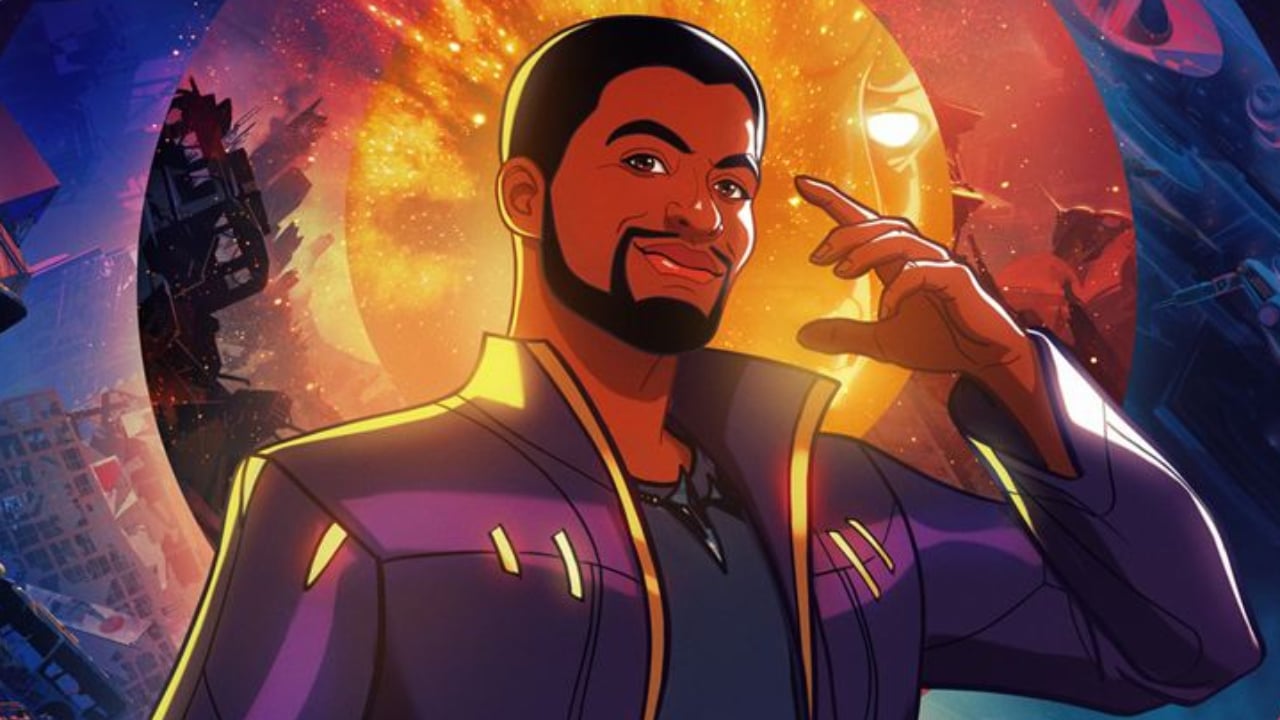 Last week, Marvel Studios’ What If…? started with a thematically appropriate high note. As the series kicked off with its own female lead take on Captain America: The First Avenger, Peggy Carter rocketed the company’s first high-budget animated project with a strong outing. With the second episode, What If…? proves to audiences that it is more than capable of jumping all around the Marvel Cinematic Universe with ease as it makes a ludicrous combination of the Guardians of the Galaxy films and Black Panther. Rather than sticking to the first phase of Marvel films, T’Challa’s thoughtful space adventures make a fantastic effort to combine and reimagine the cast of five separate movies.

“What If… T’Challa Became a Star-Lord?” takes up the difficult challenge of having to blend three films at its core: Guardians of The Galaxy and its second volume along with Black Panther. While James Gunn’s Guardians of the Galaxy films take on a world-hopping and humorous atmosphere, Black Panther is consolidated and serious about tackling modern political issues. With two different franchises that uphold different premises and tones, you would expect the space adventures of T’Challa to be perhaps both hit and miss. The result is yet again, another entry in the What If…? series that is an absolute love letter to its source material. Episode two dances with elegance as it combines the main themes of the intergalactic heroes and Wakanda’s rightful heir into one star-studded entry.

The one thing that the Guardians of the Galaxy films and Black Panther mainly have in common is the fact that all three Marvel movies are humanizing stories heavily focused on the dynamics of individuals. Star-Lord and the meaning of family, Black Panther and finding the better side of others; these are movies that may be dramatically different on the surface yet deep down they do uphold similar meanings. What If…? carefully utilizes the overarching themes of the films as it meticulously crafts a story of both family and freedom. It never feels anchored to one or the other as it makes sure to pay attention to both sides. It rightfully manages to slide in the political undertones of Black Panther while flaunting the heart and soul of the first Guardians of the Galaxy and its sequel.

“What If… T’Challa Became a Star-Lord?” does a great job of reforging the relationship between Star-Lord and Yondu in a unique way while also diving into the heartfelt topics that the source materials had to offer. Whereas Peter Quill became an expert thief at a young age because of Yondu and the Ravagers gang, T’Challah turns his newfound father figure into a hero. As they travel the galaxy taking on a Robinhood purpose, Star-Lord and the Ravagers are slowly learning to become a family and conquer their lowest characteristics through the former’s wisdom as he has passed down to others. It may feature quite a bit of action, but “What If… T’Challa Became a Star-Lord?” thrives because of its focus on character building.

On top of a strong narrative and diverse cast, T’Challa’s rise to become Star-Lord turns its many references into benefits. Unlike Captain Carter’s first appearance, rather than just calling back to its spearheading films, episode two goes the extra mile of truly utilizing its references in new ways. The quoting and usage of familiar scenarios here feel properly retooled in a way that episode one did not take advantage of. It interestingly builds different dynamics between characters with memorable words rather than creating relationships that feel as if they simply put characters in opposite shoes.

Additionally, it should be noted that episode two makes good usage of Avengers: Infinity War and Avengers: Endgame’s cast of villains who were connected to Guardians of the Galaxy. As Thanos becomes a close friend of T’Challa, the Black Order continues to wreak havoc in the shadows. Interestingly, Ronin and Ego take a backseat for this episode, yet at the same time, it is a welcoming surprise that inevitably gives the spotlight to some of Marvel’s most underutilized and disposable villains.

Of course, it would be a disservice not to mention the voice cast of this particular episode. While Josh Brolin, Djimon Hounsou, Michael Rooker, and the rest of the returning cast do a wonderful job reprising new versions of their iconic characters, the spotlight was bound to fall on the late Chadwick Boseman. “What If… T’Challa Became a Star-Lord?” may not be his final bow as Boseman will appear in three more episodes of the series, however, it is more than likely that this entry will be his final major Marvel appearance. As goes the usual with all his work, Boseman’s performance as T’Challa is nothing short of phenomenal. Even when the actor was succumbing to his sickness, he was giving it his all to ensure that fans would be happy with how the King of Wakanda was portrayed.

On a side note, the music score for this episode created by a multitude of composers at Marvel Studios really hits home. While episode one may have been flaunting some of the various patriotic sound beats of The First Avenger, the follow-up does an admirable job at blending the Guardians of the Galaxy’s galactic orchestrations with Blank Panther’s African-inspired sound design. In the same vein as its themes, characters, and references, episode two just overall does a great job of utilizing its iconic music when telling its story.

After last week’s premiere, “What If… T’Challa Became a Star-Lord?” is clearly flaunting the same love and care that its predecessor chapter had. Marvel Studios’ first animated series may be an absolute oddball of a series as it travels through the multiverse, but it is bursting with constant charisma and callbacks that will delight any longtime fan of their cinematic universe. As Chadwick Boseman’s portrayal of the Black Panther rightfully takes the spotlight, there is no doubt that episode two of What If…? will absolutely become a highlight of the first season to cherish long before its conclusion. Episode two is another interpretation of the Marvel Cinematic Universe you never knew you wanted until you saw it.