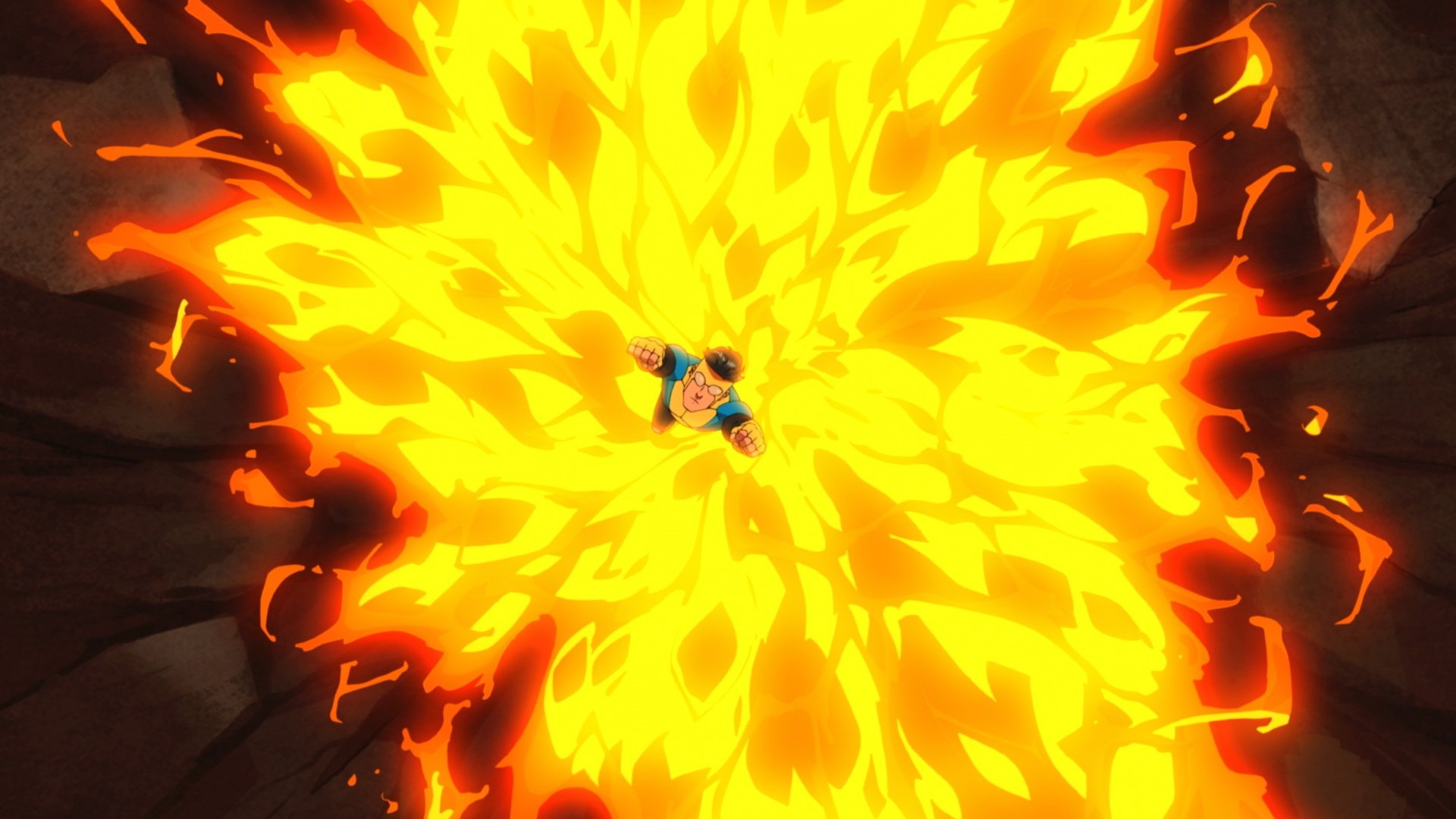 Invincible continues to be a stunner of a show in its first season, and “You Kinda Look Dead” makes that clearer than ever. Setting up even more fantastic storytelling before yanking the carpet out on viewers double-time, it’s becoming increasingly clear that this may be Robert Kirkman‘s absolute finest work as a storyteller.

Following on the heels of an epic beatdown from the previous episode, Mark is recovering in a hospital bed at the outset of “You Look Kinda Dead.” Of course, this forces him to spin yet another lie to cover his tracks, even as Monster Girl and Black Samson hang on the edge of death. Still, with a renewed lease on life, Mark accompanies his friend William on a college trip, hoping to rebuild his trust with Amber along the way.

Naturally, complications emerge in Invincible. As a self-absorbed egomaniac attempts to fix the human race, his experiments emerge to terrorize the students, forcing Mark to intervene. As he confronts the same problem all superheroes must eventually face, will he find a new ally or retreat into solitude?

Elsewhere Atom Eve faces a crossroad of her own as she decides to become an independent aid to humanity. Gillian Jacobs has really embodied this character with the easy charm that her natural charisma creates. This makes Eve really easy to root for, but how her new endeavor will go on to fold into the central narrative of Invincible remains to be seen.

On that note, it’s great to see Mark Hamill’s Art Rosenbaum again. Popularized by Edna Mode from The Incredibles, the superhero costume designer’s trope has gone on to become a somewhat common one. Luckily, Hamill’s ever-adaptive vocal talents (best known audibly for his Joker role in Batman: The Animated Series) prove to be more than enough to make his take a standout.

In another thread, as Robot continues to make whatever it is he’s making, he seems to have formed a tit-for-tat arrangement with the Mauler twins. Though the two supervillains seem to have an angle of their own, they do seem willing to aid Robot, albeit with a devious caveat of their own.

Still, the biggest problem Invincible might have is what you’d call an embarrassment of riches. There are so many plots and so many villains brewing up their respective concoctions at this point in the show that it’s difficult to imagine how they might coalesce into a cohesive whole.

With the possibility of an alien invasion as well as the revelation of Titan’s secret plan at the end of last week’s episode on top of everything else that’s going on, Invincible seems to have a lot of plates spinning at this particular moment. Either way, that’s a damn good problem to have, and if we’ve trusted this adaptation so far, we oughta keep on with that strategy.

However, with a mere two episodes remaining, the question is increasingly becoming where the cut-off point will be for this story? It’s obvious that there are too many threads hanging for them all to be tied up by the end of the season, so what we’re really pining over is which ones will be resolved and which will be the setup for next season? Two weeks until we find out.

The Falcon and the Winter Soldier, “Truth”, Starts to Tie Things Together