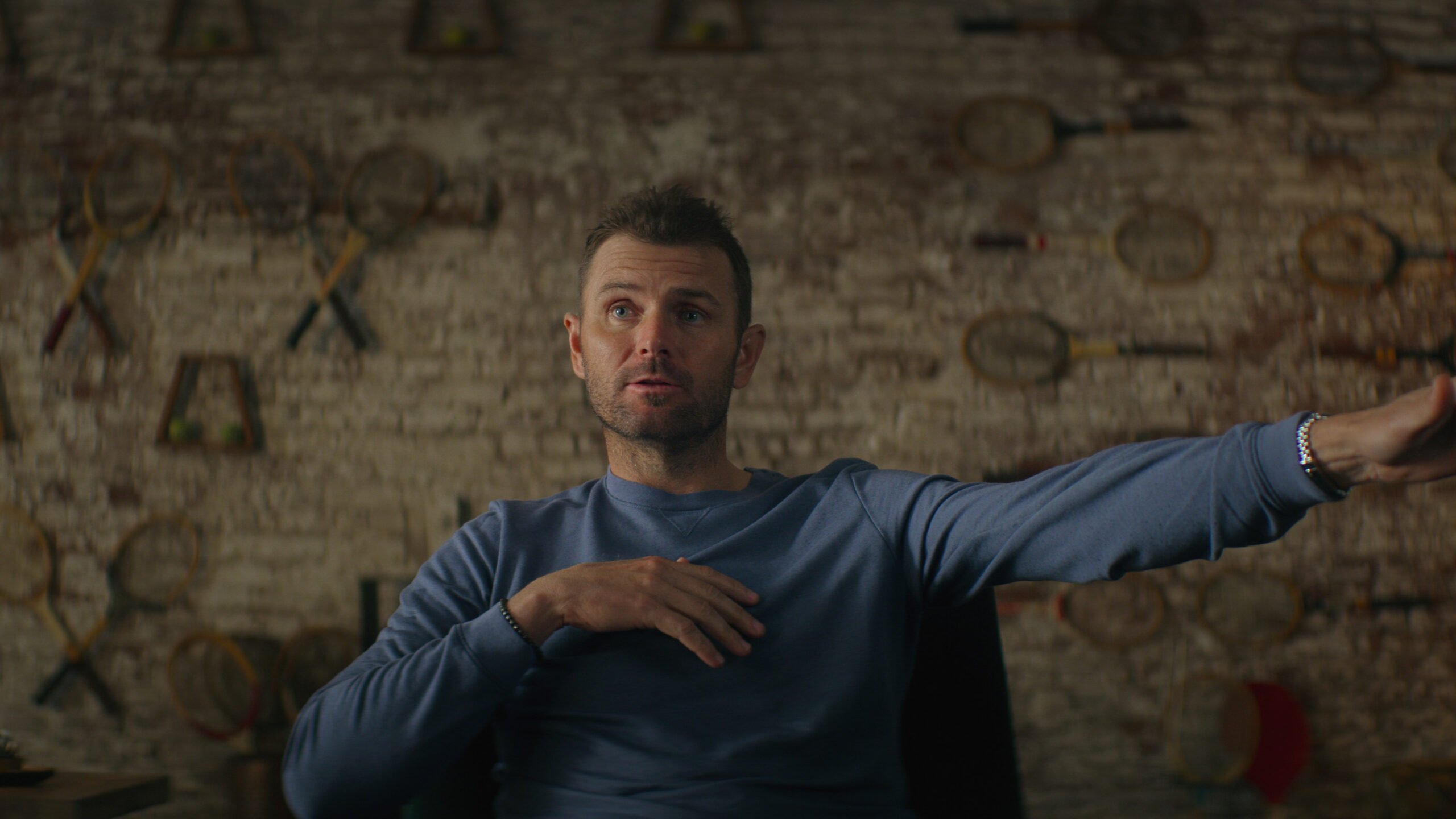 There’s been a lot in the sports media this year about elite professional athletes and mental health. The well-covered stories over Simone Biles and Naomi Osaka withdrawing from their competition have been tinged with both rank sexism and a lot of bile from those obsessed with “toughness.” But that media coverage has also heavily implied that this sort of thing didn’t happen until very recently.

“The Breaking Point,” this week’s fifth and final episode of Netflix’s Untold sports documentary series looks at the story of a top male professional athlete- in the same sport as Osaka, even- who underwent his own battle with anxiety, one that seriously affected his career- and even caused him to step away from major competitions.

Mardy Fish was a top American tennis player, in the early 2000s, and toiled at a time when professional tennis was far from its era of major relevance, the women’s game was much more interesting than the men’s, and of the top players on the men’s circuit, none were American.

Fish arrived on the scene around the same time as his contemporary Andy Roddick, with whom he was both a friend and rival.

The film, directed by Chapman Way and Maclain Way,  follows Fish’s rise, his relationship with Roddick, and his occasional triumphs and failures, which included a heartbreaking loss to Roddick. Fish never won a Grand Slam tournament, although he won some minor ones.

Eventually, Fish came to terms with an anxiety disorder, which had greatly affected both his play on the court and his happiness. But this isn’t that classic story of athletic triumph over adversity- Fish did return to action after his diagnosis, but he was effectively done as a top player by that point, although he later became captain of the American Davis Cup team.

“Breaking Point”, while a sympathetic and engaging portrait of Fish, isn’t the best installment of the Untold series, as that title goes to “Crime and Penalties,” the fourth episode that dealt with the mobbed-up minor league hockey team the Danbury Trashers. It also won’t make the greatest impact of the series; that was clearly “Malice at the Palace,” the first episode, which looked at the famous NBA brawl from 2004.

It’s also not quite the best tennis documentary of recent years, nor does it do anything particularly original or unconventional with the documentary form. There were two great ones in 2017, which were Love Means Zero (the examination of long-time tennis coach  Nick Bollettieri), and the French doc McEnroe: In the Realm of Perfection, which set new, florid narration – and a punk rock soundtrack- over footage of a McEnroe match from the ’70s.

There was even a documentary series, also on Netflix, just a couple of months ago, about Naomi Osaka herself, although it was mostly filmed and completed before her French Open withdrawal.

With the first series now complete, Netlfix’s Untold can be called a success, with a great deal of potential to tell undertold (if not completely untold) stories from throughout sports history. It can very much be Netflix’s answer to ESPN’s 30 for 30 and Vice’s Dark Side of the Ring.

Will Marvel’s What If…? Continue its Steady Descent into Darkness?