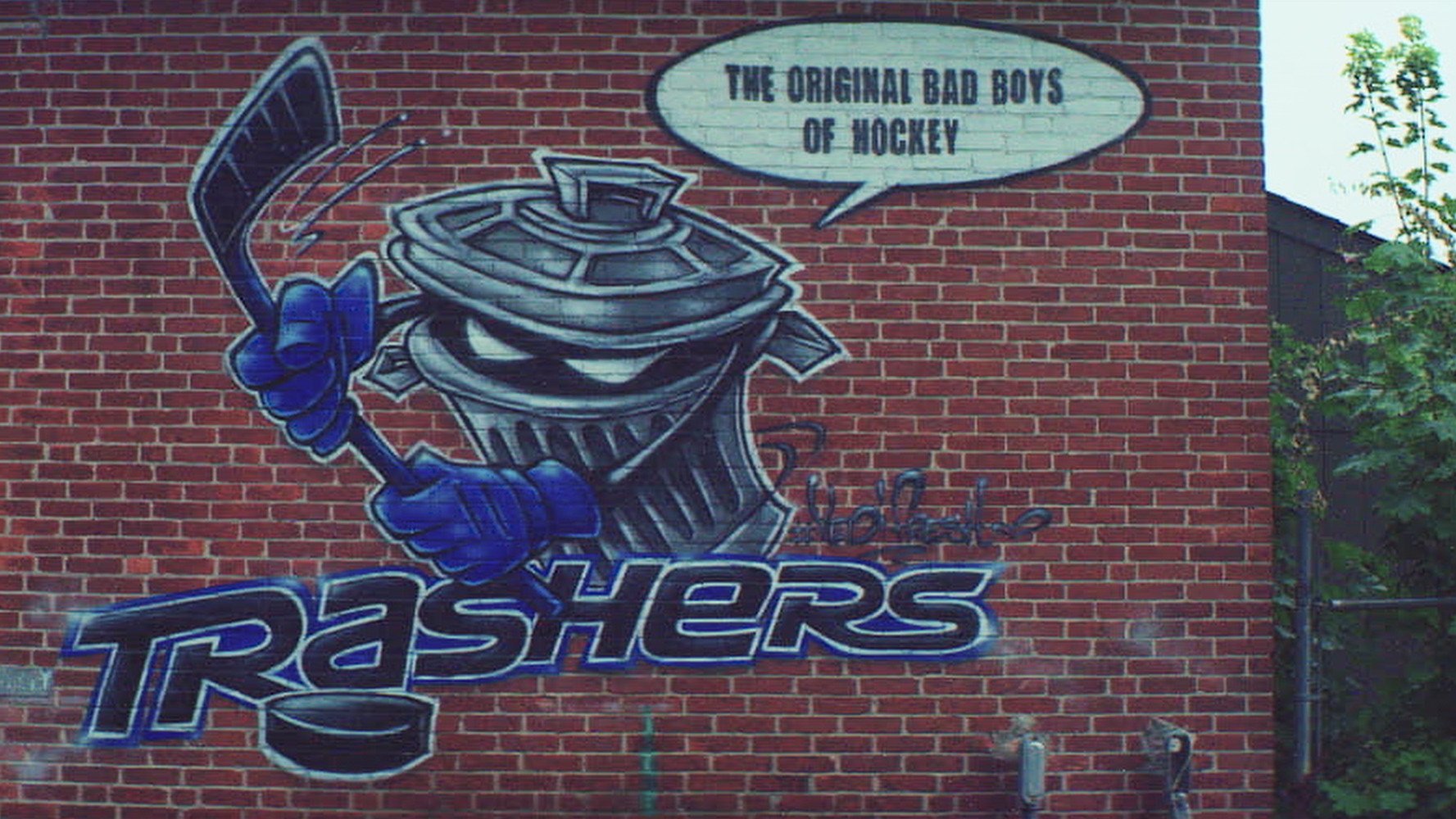 “Crime & Penalties,” the latest episode of Netflix’s Untold series, tells such an amazing story that I’m surprised it’s not more well-known: That time in the early 2000s when a professional sports team was used, essentially, as a front for La Cosa Nostra.

Yes, in early 2004, a Connecticut trash magnate with ties to organized crime purchased a minor league hockey team, in the UHL, called the Danbury Trashers. Then, he put his 17-year-old high school student son – a guy who looked a lot like a Jersey Shore cast member – in charge of it.

The result was a team that resembled the ultra-violent ethos of the movie Slap Shot, while otherwise operating exactly the way you would expect a sports franchise run by a teenaged boy and with ties to organized crime to operate. The team drew fans and even had some success on the ice.

Until that is, it all ended in indictments.

“Crime and Penalties,” directed by Chapman Way and Maclain Way, is the most flat-out entertaining installment of the Untold series to date.  It does, however, have a bit of a Class Action Park problem, in that it has positive wistful memories about an operation that was generally indefensible.

The documentary, which at 87 minutes is closer to feature-length than most of the Untold episodes, includes interviews with most of the principals, including both father and son, as well as members of the team’s rowdy fan base. The best “character” of all is the bald, cigar-chomping hockey coach, who did Nixonian things as turning off the opposing team’s hot water.

Jimmy Galante, a waste management guy with ties to the Genovese crime family and a dodgy story about The Sopranos being based on him, established the Danbury Trashers in 2004, making his son A.J. the general manager.

“My dad always rooted for the bad guys in the movies,” A.J. says at one point, possibly unaware that he lifted that line from Goodfellas.

The stunt drew lots of media attention — which you’d think would be the opposite of what a mob front should do — and that was before the team adopted a Slap Shot-style hockey philosophy that involved lots of brawling and penalty minutes. There were even a pair of fighting brothers, like the Hansons. The Trashers might be the hockey team most associated with violence since the Philadelphia Flyers of the mid-1970s, who were an acknowledged inspiration. Even the fan behavior was reminiscent of some of the basest stories about Philadelphia sports fans.

Young A.J. Galante’s goal was to combine two of his greatest loves, pro wrestling and the movie The Mighty Ducks. He assembled some misfits, including Wayne Gretzky’s younger brother, a guy with one eye, and another guy who had just gotten out of prison.

And they were paid well, especially compared to the stories of late about minor league baseball players living out of their cars.

But of course, there was a reason for that. The team collapsed when more than two dozen people were indicted, including the head coach. Many sports teams in history have been disciplined for circumventing their league’s salary cap, but the Danbury Trashers were the only ones to ever cheat the cap by giving players no-show jobs with a mobbed-up waste management company.

Like most documentaries about the mob, we get the FBI guys sharing their side of the story- and we also have talking heads sharing the morally questionable idea that these violent, thuggish thieves are actually admirable men, so long as they never snitched.

Indeed, while it’s undeniably a great story, in retrospect it was kind of terrible, and very much a failure of league governance, that something like the Danbury Trashers was allowed to happen.

The episode recalls the 30 for 30 installment Big Shot, which told the story about John Spano, who was set to purchase the New York Islanders in the early 1990s until it turned out he was lying about having money. There are also echoes of Red Penguins, the doc about the attempt to export NHL-style hockey to post-Soviet Russia, which inevitably led to underworld figures exerting thuggish pressure on strait-laced American hockey executives.

This seems like it would make a great Hollywood feature film, and a Sports Illustrated article about the team was in fact optioned back in 2018, with a script by Billions writer Adam Perlman, although it never moved forward as far as I know. As it stands, it’s the best episode of Untold to date.