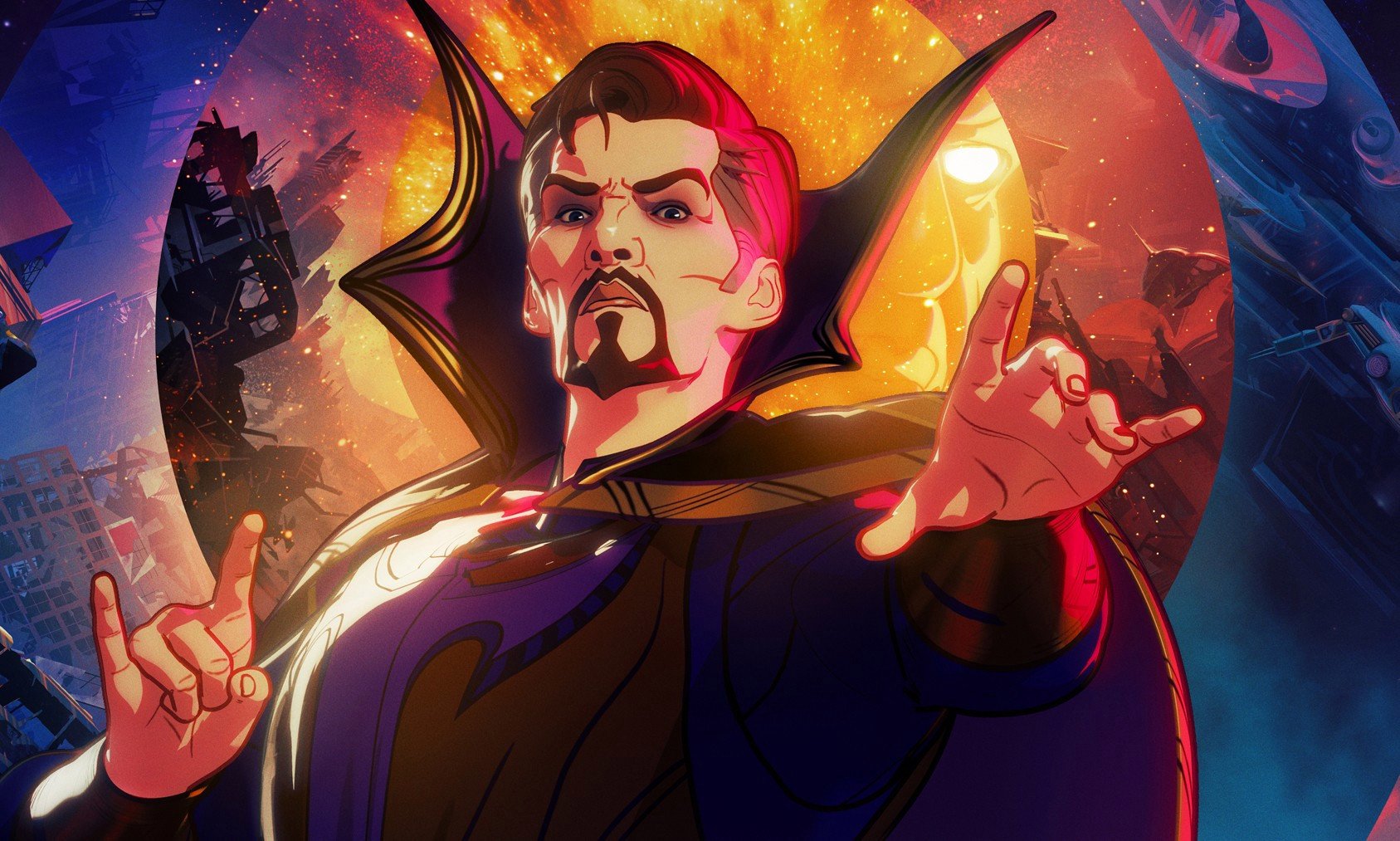 What If…? Episode 4 Review — “What If… Dr. Strange Lost His Heart Instead of His Hands?”

Last week, Marvel Studios’ What If…? took a halt as the series focused on a scenario that was entertaining, albeit not very substantial in terms of the show’s core concept. Unlike the prior episodes, Nick Fury and Black Widow’s race to find a serial killer was not all that immersive as it failed to provide solid new characterization for its cast and, most importantly, an overarching mystery that was enticing. Luckily, Dr. Strange’s debut in What If…? is a massive turnaround for the series as not only does it put it back on track for glory, but presents the best episode thus far. Glowing with clear love, emotion, and pure shock, “What If… Dr. Strange Lost His Heart Instead of His Hands?” is exactly what every viewer wants from the What If…? series.

Focusing on the events taking place directly after the origin story of Dr. Strange, the fourth episode of What If…? sees the surgeon-turned sorcerer find a new motivation for his magical work. Rather than losing the ability to precisely move with his medically trained hands, Steven Strange suffers the loss of his assistant Christine Palmer during the car crash that puts him on course to become a hero. While he still inevitably defeats Dormamu and saves the universe from destruction, it was the death of his longtime love that drove him to complete his goals rather than the loss of his skill. However, his different motivation inevitably causes a new path for the universe he resides in.

“What If… Dr. Strange Lost His Heart Instead of His Hands?” still thematically spotlights the character’s suffering, but does so in a completely new light. What If…? has already attempted to explore evil versions of familiar heroes, but this episode thrives in doing so as it legitimately feels like what could have been a possible continuation to the original Dr. Strange film had one change been made. Even for viewers who may not have initially cared much about the character, it is impossible to admit that his newest tragedy is heartfelt, emotional, and cohesive. It uses the potential of Dr. Strange’s lore and mythos that fueled the first movie to create a distinct scenario that is bursting with familiarity. Steven Strange’s typical arrogance tied to a new motivation is nothing short of brilliant.

While the audience immensely cares about how Steven Strange will fare at the end of his journey, the episode does a great job in making audiences most importantly sympathize with Christine Palmer. The episode ensures that audiences care about what her fate will be. Strange’s deep love for his ally is efficiently established through his actions. Anyone who can find the slightest drop of reliability in this narrative will be torn at the seams of our hero’s actions. The audience will, of course, want Dr. Strange to succeed as they only hope he can once again prove his mentors wrong in mastering the mystic arts, but at the same time, you almost want him to fail so he can learn the importance of acceptance.

After all, failure and acceptance are a common theme with Dr. Strange’s source material. Perhaps the genius of episode four stems from the differences in personality that Dr. Strange as a character is experiencing and how the episode manipulates the original movie’s message. Steven Strange still has all of his character traits intact, yet he is constantly leaning into the less prevalent ones that he slowly dished away to be a better hero. His actions contradict his original lesson, and the character himself even dabbles into his own guilt when acknowledging his mistakes. Even if the audience gets to see familiar tropes and lines from the film return, how they are utilized is unique and helps structure an arguably engaging narrative that could even rival Dr. Strange’s first film.

However, a strong narrative and well-executed character development are not only what make episode four incredible. The ending of the episode will more than likely seal it off as being one of the best conclusions to any piece of Marvel content to date. Oftentimes we praise the endings that surprise us the most — such as Avengers: Infinity War’s iconic snap — but “What If… Dr. Strange Lost His Heart Instead of His Hands?” contains such a mesmerizing conclusion as it quite possibly marks the finale of its own universe. In the vein of Marvel’s strongest content, the finality of this universe’s events is deep-rooted with strong philosophical lessons that all audiences can walk away with.

By far one of the most noteworthy aspects of the episode though is how far the craziness of the animation is taken. The newest What If…? is not only the best episode in terms of its narrative and cinematography; its overall animation is astonishing at specific points as it balances two different versions of Dr. Strange. While the dark sorcerer is often shrouded in bleaker colors, that vividness and hopeful tone from his good-hearted counterpart is constantly being drained away. On top of the beauty of how it looks, Benedict Cumberbatch provides by far what is the best voice-acting performance this show has had to offer. Marvel Studios truly utilizes Cumberbatch’s versatility to the max in this episode as he dabbles between playing both a villain and hero. While his work as Dormamu was already notable, the actor’s work as both versions of Strange is simply incredible.

“What If… Dr. Strange Lost His Heart Instead of His Hands?” is a marvelous episode of What If…? and a significant triumph for the series as a whole. Episode four thrives through the passage of time as it explores a doomed corner of the multiverse. It proves that Marvel can allow viewers to care for characters who may have gone underused in the past and that the series is more than capable of throwing new surprises into the mix. Between its ability to develop and forge new versions of Dr. Strange is a spectacle of Marvel wonders audiences would only hope to find in a show that may seem like a mere animated spin-off. The fourth entry of What If…? will have audiences begging for not only the next episode immediately after they finish watching, but for the return of Dr. Steven Strange to come oh so sooner.