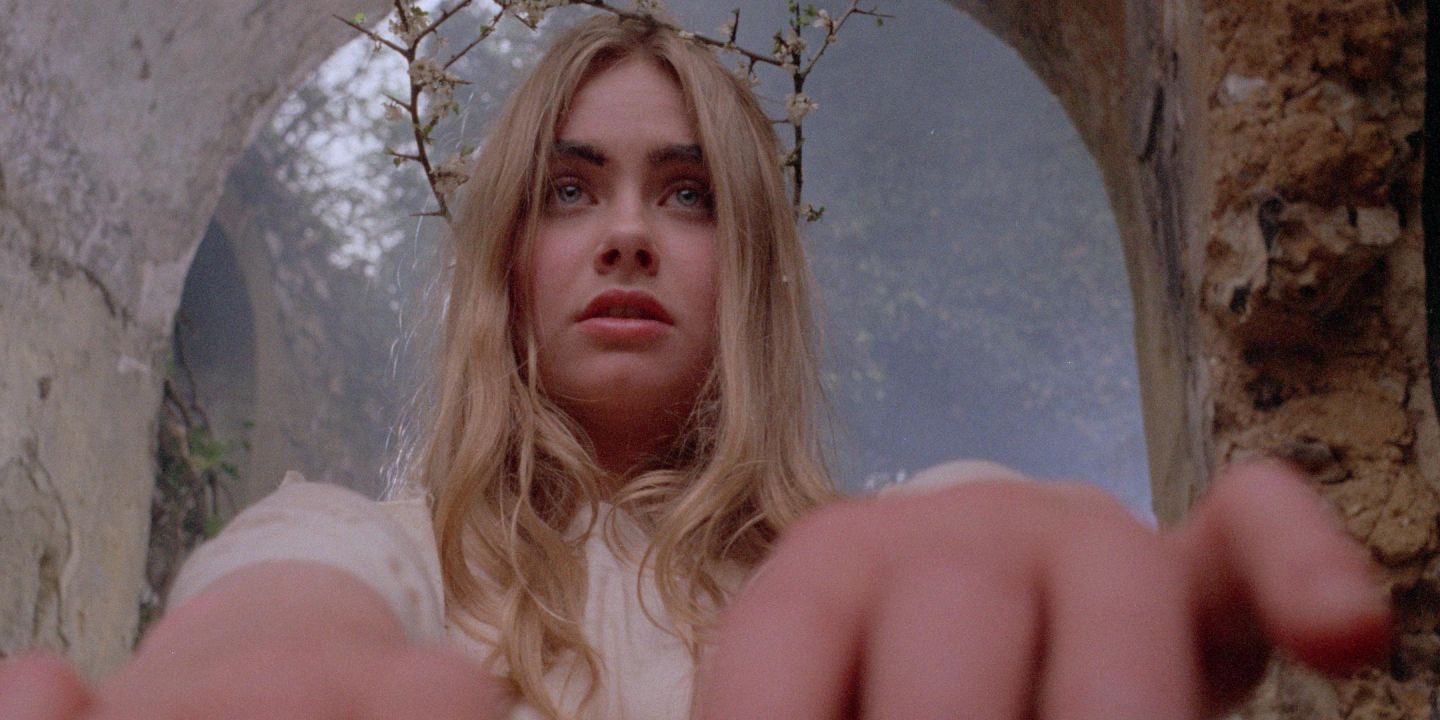 Folk horror has slowly been garnering more attention with recent films like Midsommar and The Witch amassing wide audiences from even those less inclined to give horror a shot. From it’s massive popularity during the 1970s to the more niche entries in the genre over the years, folk horror has long been one of the most fascinating subgenres in film. Woodlands Dark and Days Bewitched: A History of Folk Horror is not only a great entry point into examining the genre, but it also acts as an exhaustive resource for horror fans to dig through and study. With a gargantuan runtime of 194 minutes, Kier-La Janisse somehow weaves together hundreds of touchstones for the genre from films and television to interviews with scholars and filmmakers, to craft one of the most impressive, well-focused documentaries on a genre of film, ever.

While the techniques used to mine the history of folk horror in Woodlands Dark and Days Bewitched aren’t necessarily jaw-dropping, there are so many other documentaries that have failed to be more than just a glossary of popular films. Janisse doesn’t just go through a chronological overview of the genre – she structures the film in the style of a research essay. By doing so, the film doesn’t merely list folk horror titles just because they exist. Overlaying clips from relevant films with interviews of those who have a deep knowledge of the genre, the documentary gives every film referenced a memorability. It also avoids the pitfalls of ignoring criticism towards the subject matter and showering every film in the folk horror canon as revolutionary. It’s a celebration of the genre that tries to understand why it has persisted over the years while deconstructing its many components.

Most importantly, Woodlands Dark and Days Bewitched is accessible and comprehensive at the same time. Those who know nothing about horror might be a little bit lost, but if you’ve seen some horror you’ll be able to delve in relatively easily. Entering the film with a knowledge of folk horror will put you at a slight advantage, but the film has enough information that even having a firm understanding of folk horror won’t make the act of watching the film redundant. As someone who has been reading up a lot more on folk horror over the past year through literature and film, this gave me a slew of films to start hunting down, a lot of which I had either never heard of or never associated with the subgenre until this documentary.

Beginning from the trifecta of the most influential and genre-defining folk horror such as The Wicker Man, The Blood on Satan’s Claw and Witchfinder General, there’s a mutual understanding that these films are classics, and then expands upon their relevance within the context of folk horror. It’s telling that after delving into these three key texts the documentary no longer needs to delve deeply into other films as references unless it sees fit. Again, it’s much more academic lens is what keeps Woodlands Dark and Days Bewitched from becoming an omnibus of the top folk horror films, usually quickly showcasing multiple films to make a single point.

By the time the film has moved on from specific examples of films that embody folk horror, there’s already so much information and it’s hardly scratched the surface. Then come sections on folk horror around the world or the different ways folk horror reaches outside of its own genre to enrich other films. Positioning the films themselves within their place in society recontextualizes elements of folk horror, ultimately providing a further understanding of just what makes these films so crucial.

As a purely academic text on the genre, Woodlands Dark and Days Bewitched is brimming with vital information. Few stones are left unturned, as one would expect from a documentary of this length and magnitude. However, what is perhaps most surprising is that it’s never uninteresting. Every section is presented in exhaustive detail but it’s also paced extremely well, spending just enough time on a subject before bleeding into the next topic, while constantly circling back to its major signposts and reference points. Film lovers will undoubtedly leave with a newfound appreciation of the genre and a list of movies to catch up on immediately.

WeWork: Or the Making and Breaking of a $47 Bill ion Unicorn is SlightlyDisappointing

The Lost Sons a Fine Telling of a Wild True Story