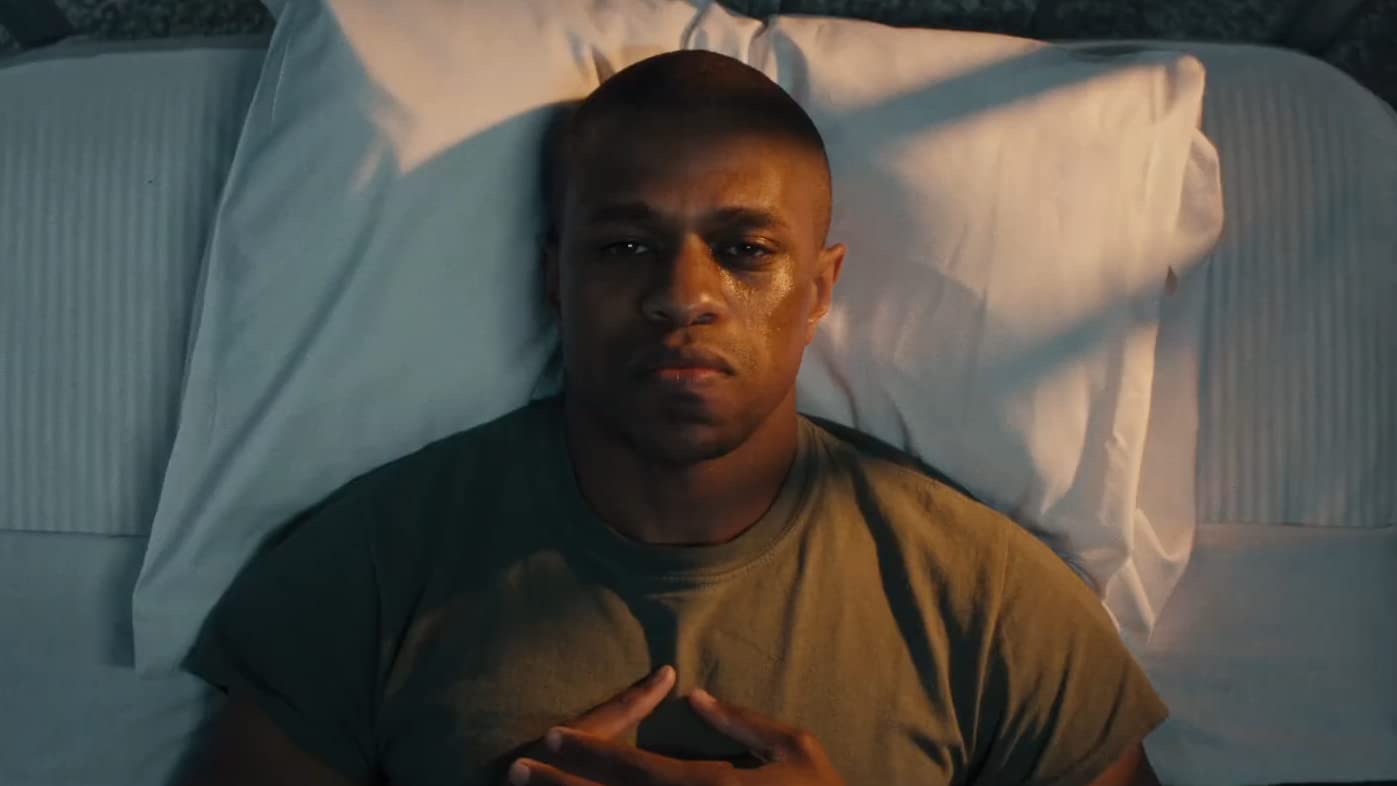 If you knew that there was a movie called The Inspection and that it was about a gay soldier serving at the time of the “Don’t Ask, Don’t Tell” policy, you would think that the dramatic thrust of the movie would involve the main character trying to keep his sexuality a secret, and fighting procedural efforts to discharge him from the service.

But really, the movie which debuted at TIFF has very little to do with that- and it has something much more interesting on its mind. If you were imagining To Serve and Protect, the movie for which Matt Dillon’s character won the Oscar in the 1997 comedy In & Out, this is very far from that.

Directed by Elegance Bratton, who himself served as a Marine for several years, The Inspection is clearly autobiographical to a large degree. Bratton previously directed the amazing documentary Pier Kids — also inspired by his own experiences — but this is his feature directorial debut.

The film tells the story of Ellis French (Jeremy Pope), a 25-year-old gay Black man who has battled homelessness for many years after he was kicked out by his disapproving mother (Gabrielle Union, playing chillingly against type.) Seeking his last chance at survival, or possibly the chance to die a hero in uniform, Ellis signs up for the Marines, at the height of the Bush-era War on Terror.

The Inspection very much resembles the first act of Full Metal Jacket, as it’s set in a boot camp, features an over-the-top mean drill sergeant (a fine Bokeem Woodbine), and even has many of the same plot beats. And yes, the homophobic patois that repeatedly rears its head in the drill sergeants’ dialogue plays quite a bit differently when it’s a movie that’s specifically about a gay soldier.

However, the plot doesn’t evolve in much the same way as in Stanley Kubick’s film, there’s no murder-suicide, and we never actually see the Marines at war.

But The Inspection has something else on its mind: The way the other recruits catch on relatively quickly that French is gay; he had been, after all, out to just about everyone in his life for years up to that point. Then shun and haze him, but the story eventually goes in a more nuanced direction- and the “Don’t ask, don’t tell” policy only even comes up in the plot as an afterthought.

Pope, mostly known as a theater actor in addition to his work on the silly Ryan Murphy show Hollywood, is outstanding here, as a very conflicted young man who lived a heartbreaking life. Matching him is Raul Castillo, playing a supervisor who shows surprising sympathy. And Union, who in real life is the supportive mother of a trans child, is as if you’ve never seen her.

I would, however, have loved to have seen what things were like for these characters after the boot camp, especially at the time that serving as an openly gay person in the military became completely legal in 2011.

An A24 release that’s set to hit screams in November, The Inspection is a worthy drama that doesn’t quite go where you think it’s going.

Bones of Crows: A Vital Reminder of Violence and Trauma’s Lingering Pain

I Like Movies Tells the Surprising Story of a Fanboy