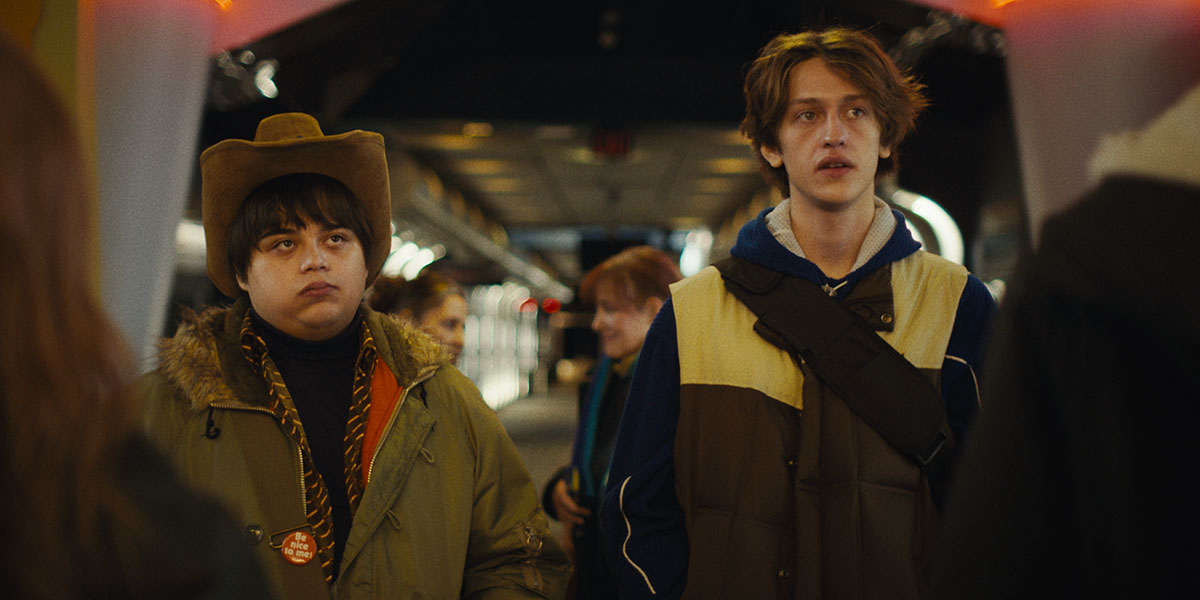 I Like Movies, a new movie that had its world premiere at the 2022 Toronto International Film Festival, at first seems like it’s going to be one type of movie, a Clerks-style celebration of a young male movie nerd who works in a video store and makes up for his lack of success and social graces with wit and encyclopedic film knowledge. And the film, much like Clerks, earns comedic gains out of making fun of annoying sore customers.

It’s a little bit of that, yes. But I Like Movies ends up someone very different from where it started. The film explores not only the toxic side of movie fandom but also provides hints of how that atrocious style of film fandom — the one that leads to three-hour YouTube videos about “wokeness” ruining Star Wars — came to be.

I Like Movies is the feature directorial debut of Chandler Levack, a female filmmaker from Toronto. It’s set in 2002 — the theatrical release of Punch Drunk Love figures in the plot — and the director has described the film in interviews as “Lady Bird for Incels.” And like Turning Red, earlier this year, it’s a movie about teenagers in Ontario around the time of 9/11.

Isaiah Lehtinen stars in I Like Movies as Lawrence Kweller, a high school senior and nerd who loves movies, talks about the details of them constantly, and is the type of guy who hangs out in video stores and encourages normie couples in the comedy aisle to rent Todd Solondz’s Happiness.

Lawrence, the son of a working-class single mom, doesn’t even work in that video store at the time of that recommendation, but eventually, he’s hired, in an attempt to pay for his dreams of attending (and affording) NYU Film School.

The film at first establishes Lawrence as an earnest guy with a passion for film, watching late-night movies and acting out Saturday Night Live bits with his best friend.

Soon, though, we see hints of not-so-savory aspects of this socially awkward outcast. He’s a bit of a snob, he starts to treat his friend badly, and it’s clear that he’s not above gate-keeping women away from participation in film culture. He’s clearly what would have been called an “incel,” had that term existed in 2002.

Lehtinen is outstanding in this, his first major role. Part of that is that unlike 95 percent of the people who play nerds in movies, Lehtinen actually looks like he could actually be one.

But the actor just about has the movie stolen out from under him by Romina D’Ugo, who plays his boss at the video store. Revealing a little bit at a time about her backstory as a video store manager who doesn’t, especially like movies. It all leads up to a monologue that does nothing less than re-calibrate most of what we thought about the movie up to that point. It’s enough to realize that, good as it is, maybe the movie should have been about her character instead.

Of course, the film opts to let the protagonist see the error of his ways, at a relatively young age, which isn’t always the way it goes. Might Lawrence have been the sort of guy who, in 2002 was mad at George Lucas about the Special Edition edits, and two decades later was sending death threats to Kelly Marie Tran? Or rather, the even more common part of a guy who kept up his thoughtlessly sexist film opinions, up until the moment he became a father of a daughter?

“At the worst, those guys can be really insidious, mean, and snobs. They use their love of film and popular culture as a way to not engage with people,” the director said in an interview.

I commend I Like Movies for finding something new to say about a topic, misogyny in film culture, and prioritizing character and storytelling ahead of any particular agenda.

The Inspection is a Heartbreaking, Fact-Based Tale of a Gay Soldier