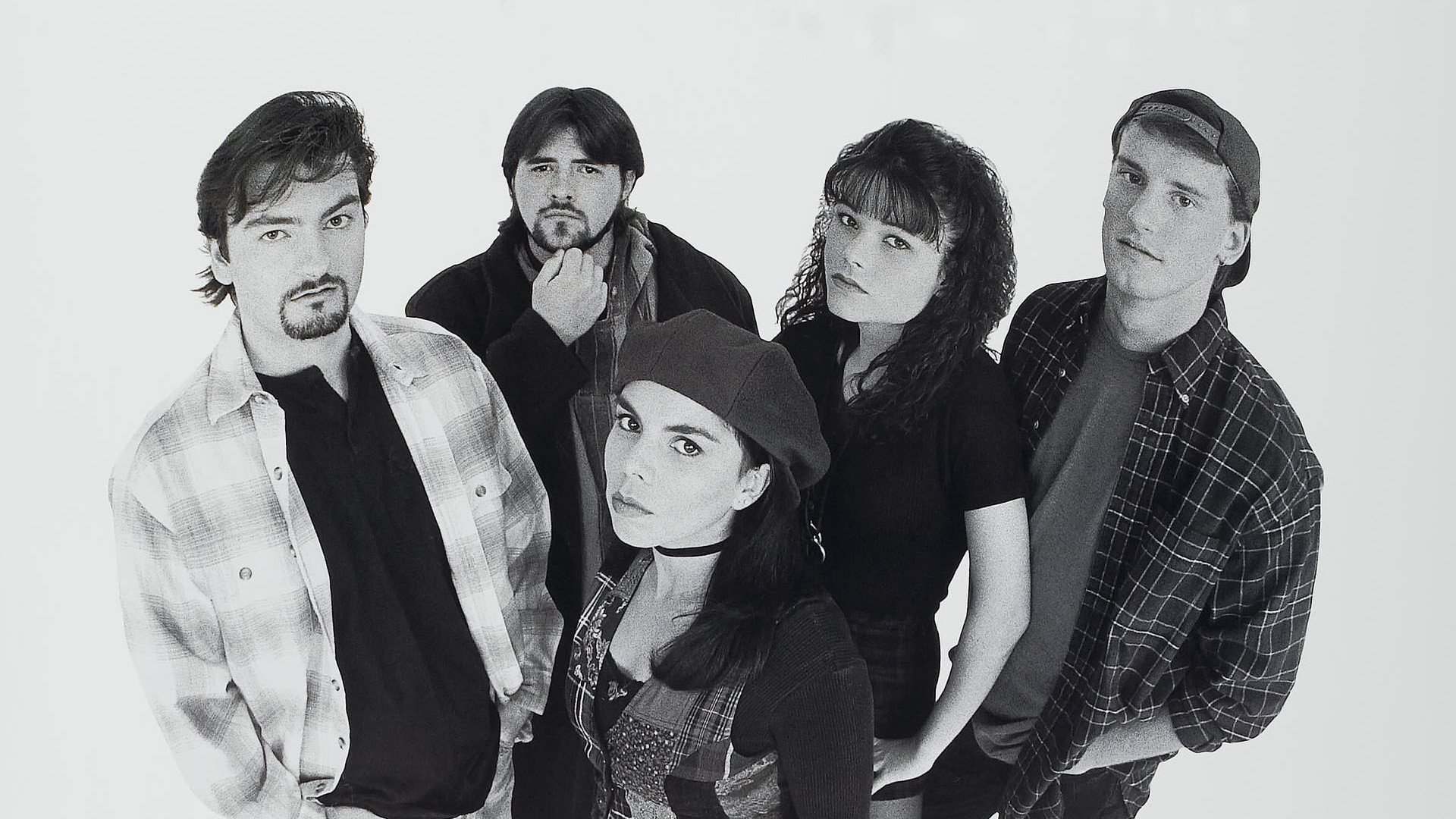 There aren’t many movies in the 1990s that hit American film culture with as much of a jolt as writer/director Kevin Smith’s Clerks. It’s as indie as indie gets, with a sub-$30,000 budget, black-and-white photography, and near-amateur acting. The other notable thing? It is aggressively, shockingly profane.

The name “Kevin Smith” invokes a lot of complicated feelings among film fans, even those who have considered themselves fans of his over the years. But there’s no denying that Clerks arrived as a pure distillation of Smith’s voice as a filmmaker — and it’s also the funniest, most entertaining film the director has made in his career.

The story of Clerks is well-known to students of 1990s cinema, in part because Smith himself tells it all the time. A novice filmmaker who was in his early 20s at the time, Smith financed the film by selling off parts of his comic book collection and maxing out as many as ten credit cards. The cast consisted of several of his friends, and he shot it in twenty-one days on a budget of $27,575, filming after hours in the New Jersey convenience store where he was working at the time.

The plot of Clerks covered a day in the life of Dante Hicks (Brian O’Halloran), an aimless young man (also in his early 20s) who works as a clerk at a convenience store in New Jersey. His friend, Randall (Jeff Anderson), works at the adjacent video store, while Dante has a loyal and loving girlfriend named Veronica (Marilyn Ghigliotti), even as he pines for his ex, Caitlin (Lisa Spoonauer.) On the margins are drug dealers Jay and Silent Bob (Jason Mewes and Smith), the R2-D2 and C-3PO of Smith’s film universe. The film is set over the course of a single day — which happens to have been Dante’s day off.

Much of Clerks consists of the characters just sitting around talking (which was a style that was popular at the time) about Star Wars, their philosophies of life, and more.

And of course, the second act ends with Caitlin unwittingly having sex with a dead man in the store’s bathroom.

Like many of Smith’s films, however, it’s ultimately a tale about the friendship of a male duo. Another overarching theme was also a common one in the 1990s and after: the inability and reluctance of men to grow up.

Following a successful fight with the MPAA to keep the nudity-free film from being rated NC-17, Clerks was released in October of 1994, and grossed $3 million in its initial theatrical run. But it gained more appreciation due to word of mouth in the ensuing months and years, especially as the DVD era got underway.

Indeed, its legacy is most secure. In fact, Brian O’Halloran is such a New Jersey legend that he actually received an award last summer at the Garden State Film Festival.

Then there’s Lisa Spoonaur, who played Caitlin and passed away at age 44 in 2017. Spoonaur’s brief acting career consisted of Clerks, one other movie, and various ancillary, Clerks-related projects. She probably didn’t work on Clerks for more than a couple of weeks (when she was 20 years old) and spent the next two decades mostly as a restaurant manager, but that brief foray into acting led to cinematic immortality.

These days, Smith is known for his feuds with critics (and airlines), his extreme oversharing on social media, for constantly announcing sequels to his older films — some of which come to fruition — and for constantly producing podcasts and live events that are, honestly, much more interesting than his current movies. Smith is also presently touring with a roadshow for his latest revisiting of past material, The Jay and Silent Bob Reboot. The director seems at present content to pitch his work towards his die-hard fans, and not anyone else.

Smith, as is his tendency, has revisited Clerks many times over the years. There was an animated series in 2000, an official sequel in 2006 called Clerks II, and various cuts of the original film released on different DVD sets. The Clerks characters have also appeared in Smith’s other films, and there have been Clerks comic books. A documentary called Shooting Clerks premiered earlier this year — and yes, Smith has announced a Clerks III. While these projects have all had their virtues, none of them have quite replicated the specific, wonderful things — especially the newness and the low budget — that made Clerks, well, Clerks.

The Lighthouse is a Paranoid, Nautical Masterpiece

‘Zombieland: Double Tap’ Will Satisfy Fans of the Original