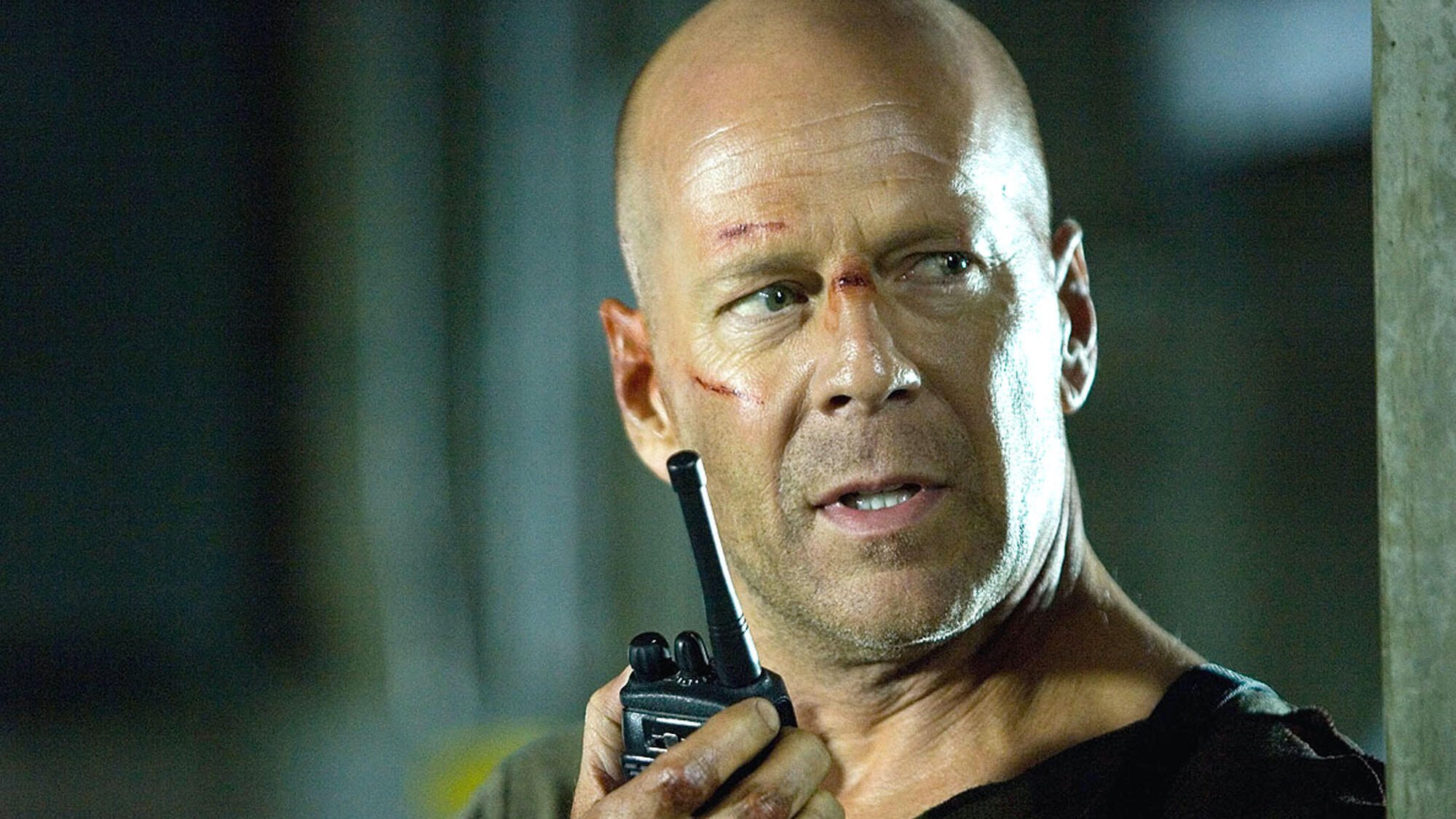 The best Bruce Willis movies that showcase his amazing career…

Bruce Willis has carved out a career in Hollywood with clever quips, gnarly kills, and one blistering action sequence after another. A stalwart performer in every regard, Willis has also shown his knack for comedic roles, dramatic depths, and emotional nuance. That’s why after the sad news of his retirement, we’re celebrating the actor with 10 of his absolute best movies. So if you want to take a victory lap for Bruce Willis as he says goodbye to the craft, these films are as good a place to start as any.

Terry Gilliam’s dystopian time travel thriller 12 Monkeys is nothing if not a challenging movie. With signature Gilliam oddities thrown into the production throughout and a complex storyline powering the action, this one is mainly a standout for how different it is from much of Willis’ other films.

However, with an early Brad Pitt finding his footing as an actor in the role of a mentally disturbed man in an asylum, 12 Monkeys is worth the challenge of sitting down with. Terry Gilliam movies aren’t for everyone, but if you like Bruce Willis and Brad Pitt, this one is definitely worth giving a chance.

Probably Willis’ most famous role, Die Hard, sees the actor as John McClane: an NYPD detective who secretly infiltrates a terrorist operation in a New York skyscraper. Bruce Willis embodies McClane as an everyman in an impossible situation with his trademark dry wit and charisma. He has us rooting for him to succeed every step of the way. Bonus points on this one for Alan Rickman as the villain in the role that would go on to make him a star.

Even better, if you really dig this one (and somehow haven’t seen it yet), the sequels Die Harder and Die Hard with a Vengeance are also well worth a watch, especially the latter, a movie that helped to make Samuel L. Jackson the star he is today.

One of Bruce Willis’ most fun and entertaining movies is, without a doubt, The Fifth Element. Willis plays a cabbie who is pulled into an intergalactic struggle between empires of aliens after a mysterious girl falls from the sky and lands in his cab. The stakes get increasingly higher as he allies himself with the girl and finds himself pulled deeper and deeper into the conspiracy she hides.

With scene-stealing turns from Milla Jovovich, Chris Tucker, and an incredible Gary Oldman, The Fifth Element is a total blast to watch even over 25 years later.

This one might catch a little flack on a list like this instead of The Whole Nine Yards or Die Hard with a Vengeance, but stay with me here. If you’re looking for badass Bruce Willis, this is him at his absolute nastiest.

Playing a drifter who pits rival crews of gangsters against each other in this old west remake of Yojimbo, Willis kicks ass and takes names from every last one of them. There’s a naked gunfight, a who’s who of 90s character actors, and a fantastic scene-chewing turn from the great Christopher Walken along the way.

Another movie where Willis plays an all-time badass, Looper, is arguably the best film from brilliant writer-director Rian Johnson. Willis plays the older version of a hitman who must battle it out with his younger self when their two realities collide in this time travel thriller. Joseph Gordan Levitt plays the younger version of the character, and he nails the mannerisms of Willis to a remarkable degree.

In any case, the plot goes even more nuts from there, evolving from an action movie to a sci-fi criminal thriller with apocalyptic stakes. If you’re not ready to see Willis as the guy who will do literally anything to get the job done, though, maybe give this one a pass

I feel if this list is lacking in any one thing, it’s in showing the softer side of Bruce Willis. The man has range and can absolutely play a lovable schlub or an affable underdog just as well as he plays ass-kicking killing machines. Take coming-of-age dramedy Moonrise Kingdom, for example.

There’s never been a sweeter, more kind version of Willis than this one. Though Willis isn’t the star of this magical ensemble, he does play a pivotal role in the events, and if you want to see the flip side of the coin he most often plays, this is the movie for you to see.

Like Die Hard, this is one of the most legendary movies in Bruce Willis’ entire career. Playing a boxer with debts to the mob and too much pride, Willis’ story (one of many) sees his day go from bad to worse as he tries to escape the clutches of the gangsters out for his blood.

One of the best movies of the 90s, Pulp Fiction, is a one-of-a-kind potboiler from Quentin Tarantino and, some would argue, his best movie to date. It’s an absolute 10 of a film and one of the best screenplays ever written, just in case you needed more convincing. Just trust me if, for some reason, you still haven’t seen this one.

As I mentioned above, grizzled, badass Bruce Willis is probably the thing the actor is best known for, and boy-oh-boy, does he nail that tone in Sin City. A pitch-black neo-noir based on the graphic novel series by Frank Miller, Willis once again stands out from one of the best ensembles in the history of cinema.

Playing an aging detective with heart trouble trying to stop a serial pedophile and rapist, it should go without saying that this one is not for the faint of heart. Still, if you’ve got the grits to see some really nasty stuff, Sin City is the wildest Robert Rodriguez movie this side of From Dusk til Dawn.

Getting back to the softer side of Bruce Willis, The Sixth Sense embodies these aspects of his personality and talent to their optimal peak. Playing a child psychologist assigned to help a young boy who believes he can see the dead, Willis does some of his most endearing work here.

The hit horror drama that put M. Night Shyamalan on the map, The Sixth Sense, features one of the best twists in cinematic history and a breakout role from Haley Joel Osment as the tortured young boy with the weight of other worlds on his tiny shoulders.

We close this list out with a Shyamalan-Willis twofer. The follow-up to their collaboration on The Sixth Sense, Unbreakable sees Bruce Willis as the sole survivor of a massive continental train pileup that left every other passenger onboard dead. As he tries to solve the meaning of this miraculous event, he’s forced to reexamine his entire life up until now.

Playing across from Samuel L. Jackson once again, Willis kills it in this dramatic thriller that predated the most popular movies in the cinema today with a couple of stellar twists that I won’t dare spoil here. This one stands with Pulp Fiction, Sin City, and Looper as just an ultimate flick in his filmography and one definitely worth seeing if you’re intrigued by the unique premise alone.

Memory is Another Forgettable Neeson Vehicle