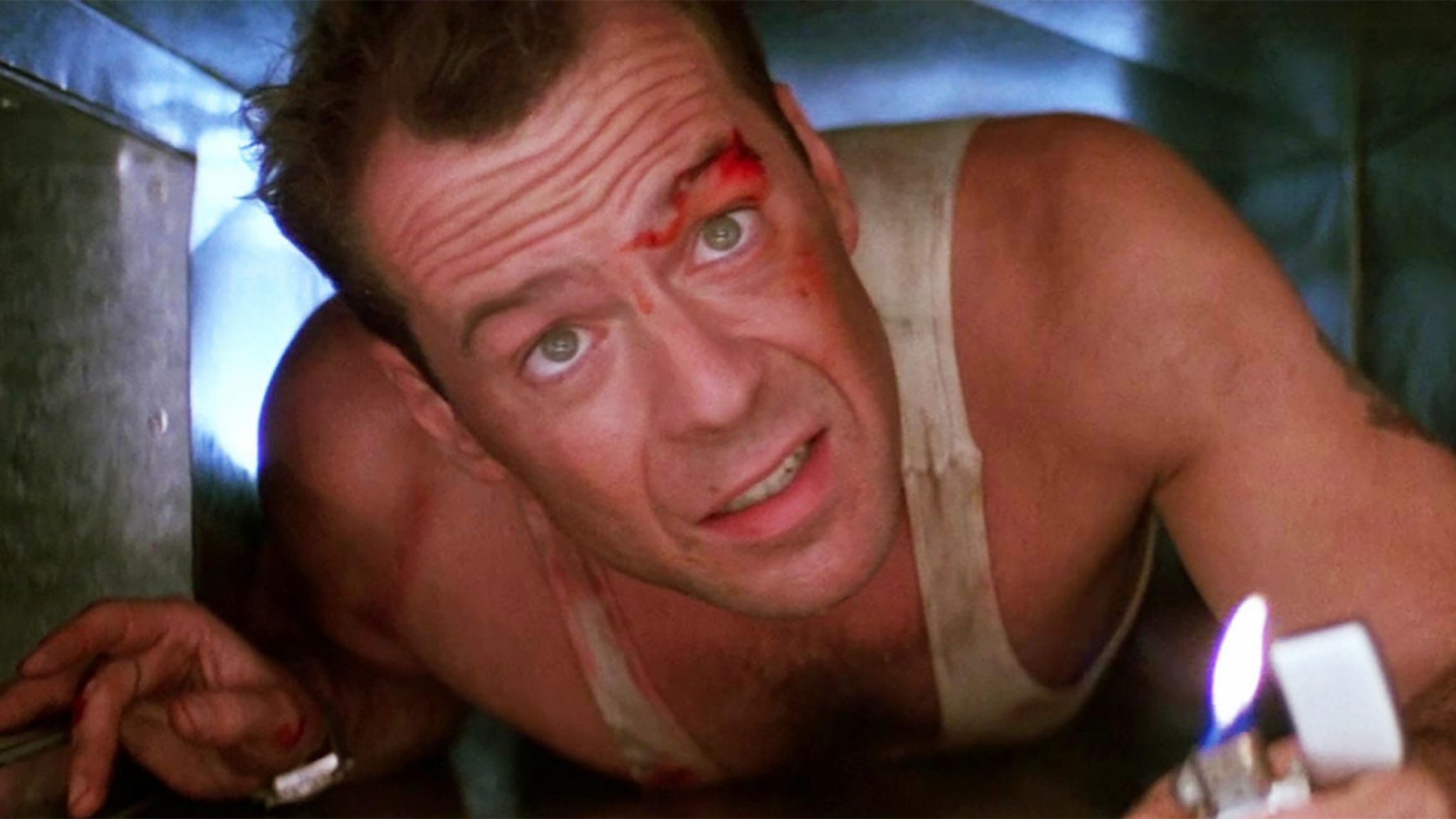 Forget all the sequels and their increasingly over-the-top set pieces (Chernobyl, really?). The first Die Hard is the one to beat. On top of it being perhaps the all-time greatest action film, it also happens to be the best Christmas movie ever.

My Christmas tradition with Die Hard began when I was a kid. I never went for White Christmas or Holiday Inn or How the Grinch Stole Christmas but Die Hard,I could get behind. After the first viewing, it just kind of stuck. In my house, it’s not Christmas until the tree is up and we’re watching some sharp-looking German robbers have the tables turned on them and get terrorized and outsmarted by a smart-aleck New York cop.

Suspense, Excitement, Adventure, On every level!

Of course, who doesn’t know the plot like the back of their hand by now? Bruce Willis plays John McClane, a New York detective who arrives in LA to spend the holidays with his estranged wife Holly (Bonnie Bedelia) at her job in high-rise Nakatomi Plaza, he just happens to be in the wrong place at the wrong time (and without shoes), when a group of German robbers disguised as terrorists take over the building and Christmas party, they are led by the intellectual and disturbingly charming Hans Gruber (Alan Rickman, in one of his best roles). Partially aided by Sgt. Al Powell (Reginald VelJohnson) outside the building, John takes on the group, all to get back to his wife.

The enduring Christmas legacy of Die Hard is that it remains the most perfect film choice for people weary of more conventional holiday film suggestions. This isn’t a movie littered with families coming together in front of a turkey or lovers coming together under mistletoe. This is a movie with a bloody protagonist choking down a “1,000-year-old Twinkie” and reuniting with his estranged wife after they just dropped a faux terrorist out of a high-rise window.

It will blow you through the back wall of the theater!

I’m not knocking the more conventional Christmas movies; after all, Love Actually is usually put in right after Die Hard. But this is the perfect movie to even out your mood after one of those horrible late-season shopping trips. And really, how can a movie that has the line “Now I have a machine gun, ho, ho, ho?” not be the greatest Christmas movie ever?

Rare Exports, A Christmas Tale— a Delight for Any Christmas Cynic