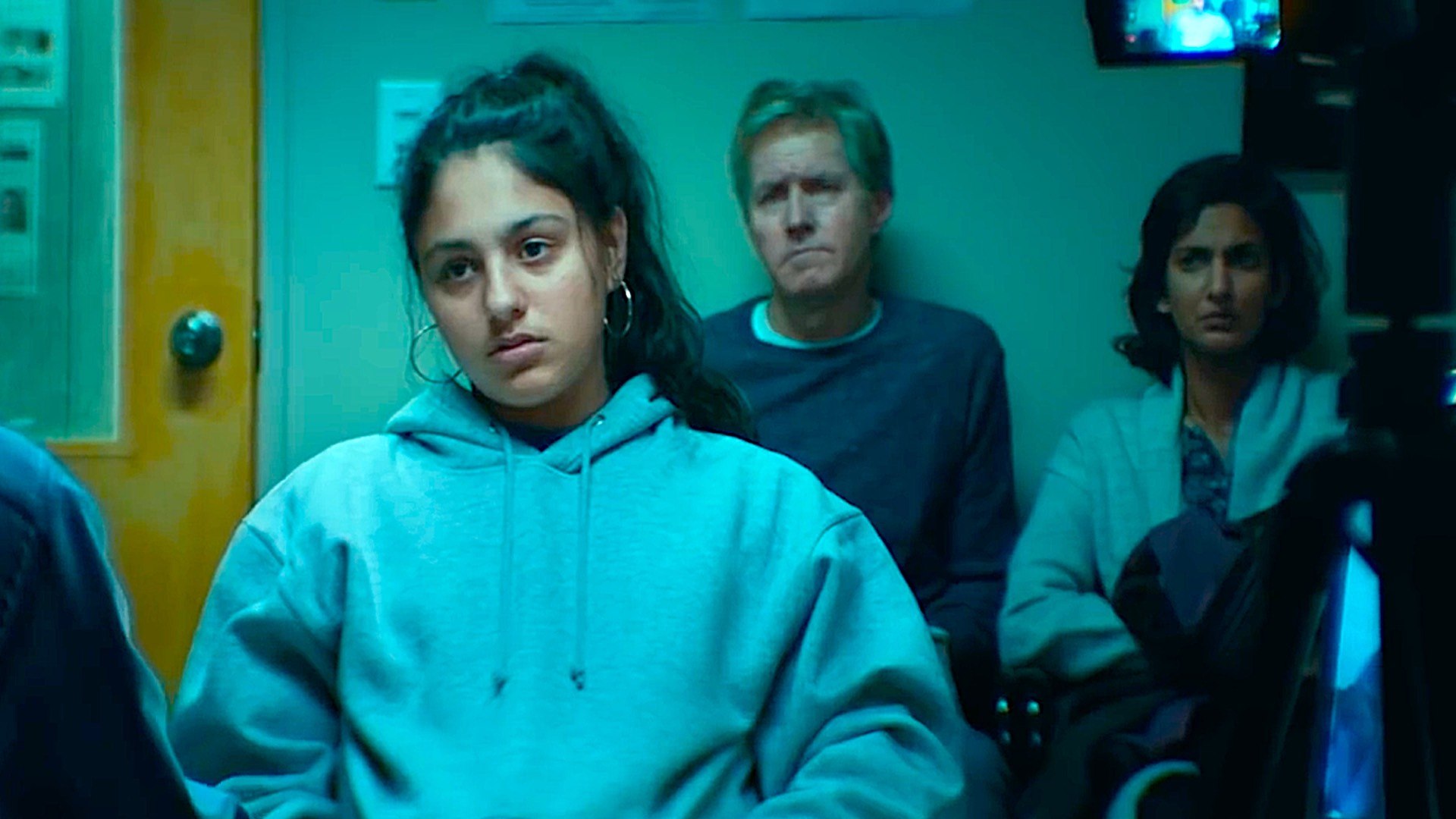 From the early minutes of Pippa Bianco’s Share, many viewers will wonder if the film is a dramatization of real events — and they would be forgiven for thinking so. About a female high school student who is assaulted while intoxicated at a party then left to fend for herself overnight outside her house, the film shares crucial details with real-life news reports. Like Daisy Coleman, who was assaulted and recorded by her attackers, the Share’s lead is left out on the grass in the cold of the night by boys who couldn’t care less about her safety. Like the girl at the center of the Steubenville High School rape case, videos of her assault are shared like some kind of perverted currency across her school. But Share avoids hewing too closely to any of these disturbing stories, just as it resists becoming a polemic or a didactic summation of how society needs to treat a scourge of sexual violence. The approach makes for a far more compelling (and moving) story.

The film opens on images of yellow streetlights flaring across the dew-speckled windshield of a car in the night. From those lovely, abstract images, we see Mandy (a magnificent Rhianne Barreto) lying on the lawn outside her house as she slowly regains consciousness. She’s been out partying, and her hangover routine the next day reveals that it’s not an unusual occurrence for her. But the day takes a new turn when her phone begins to ring incessantly with text messages from her teammates on the girls’ basketball team. They share a video of her from the party, intoxicated, passed out on the floor, and being manhandled by boys at the party, all of whom she knows.

Mandy’s first instinct is to ignore the video and pictures, hoping that they won’t be shared widely, and her schoolmates will soon forget. But more videos emerge, even more, compromising than the first, and soon everyone seems to know — even her parents. Sensitively portrayed by Poorna Jagannathan and J. C. Mackenzie, they do their best to balance Mandy’s need for autonomy with their more mature understanding that things like this never go away.

The great success of Share is in the way it resists turning Mandy into a hero, or even a particularly coherent advocate for herself. Part of the reason these cases of sexual assault sometimes metastasize into deadly cyberbullying is that the victims are only children — and they behave as irrationally as children might. Despite the fact that the boys who abused her have no respect for her and little understanding of what they’ve done, she still socializes with them at school and at parties. She fails to document the ways they harass her after the fact, even though those messages could be used as evidence in a court case. And she waits until days after the event to involve law enforcement, even though every missed hour decreases the likelihood of punishing the culprits. Much like the urge to shout, “Don’t go in there!” at a horror film, one wants to save Mandy from a series of snowballing errors, but that’s how these events play out in reality. The film’s final scene has already divided some critics, but it’s Bianco’s strongest statement about the absurdity and tragedy of sexual assault and cyberbullying. It’s far truer to life than the more righteous ending that many might prefer.

Share is elegantly framed and often bathed in blue and red shades that have no place in reality, but nonetheless, illustrate Mandy’s warring urges to collapse within herself or to fight her tormentors. But these symbolic views in her mind leave a desire to know more. Little is shared about her personality, or her life before it was co-opted by the cruelty of others. At 89 minutes, the film seems like it might benefit from a longer running time if only to give us a clearer picture of who Mandy really is.

Perhaps there’s a fuller version of Share out there, but the film Bianco has made is still moving, and occasionally devastating. It signals a new voice in film that can be ignored at one’s peril.