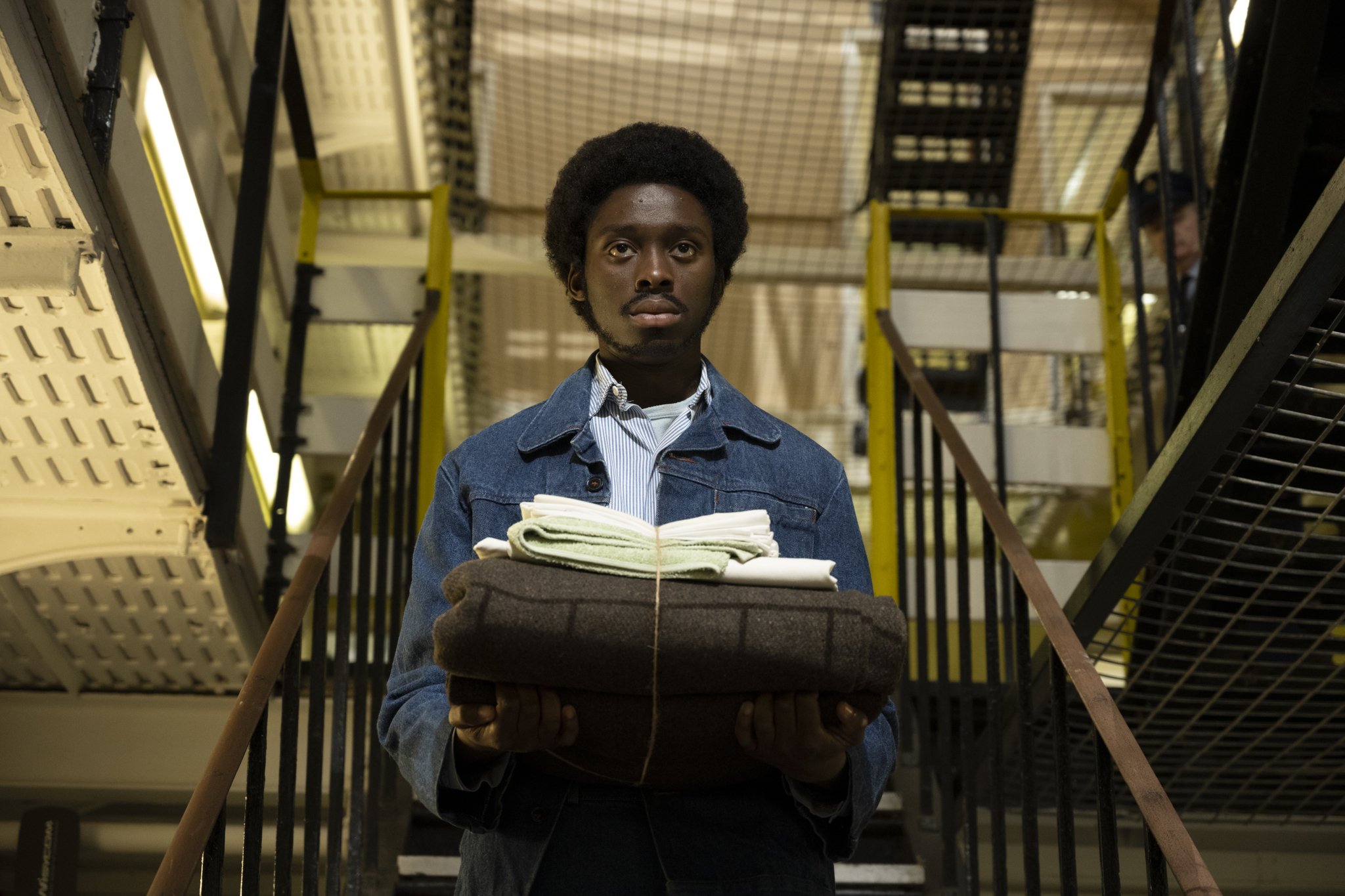 The first three films — Mangrove, Lovers Rock, and Red White and Blue — all debuted at fall film festivals, and many have appeared on critics’ top ten lists. The fourth film, Alex Wheatle, which arrives this week on Amazon, doesn’t quite have that pedigree and isn’t quite up to the level of the earlier films. But the film represents a fine examination of the life of the titular British novelist.

Wheatle, a London-born writer who is of Jamaican descent, is the author of nearly 20 books, including his 1999 debut, Brixton Rock; he later wrote a book called Nicolas Cage.

Alex Wheatle was co-written by McQueen along with Alastair Siddons, who also co-wrote Mangrove and fifth installment Education, and was the writer of the Tomb Raider reboot a couple of years ago.

The Alex Wheatle film, at just 66 minutes is the shortest of the series, and Wheatle’s story could have sustained a much longer running time.

But as it is, McQueen’s film covers Wheatle’s life, by going back and forth between different eras of it, beginning with the future author in prison in the early 1980s. We see the orphaned Wheatle in a group home in the 1960s, where he’s physically abused, in the schools, where he’s targeted for racist harassment, and later as an adult, when he becomes a DJ, is present at the 1981 Brixton uprising — depicted in detail here, just as a similar uprising was in Mangrove — and is jailed.

We later get hints of Wheatle’s eventual writing career, as his cellmate Simeon (Robbie Gee) encourages him to learn how to tell his story. This is just one of many aspects of Alex Wheatle that recall Spike Lee’s Malcolm X, although the film’s running times, needless to say, have little in common.

Wheatle is well-played by Asad-Shareef Muhammad as a boy and Sheyi Cole from his teens and into his 20s, while Gee has a standout turn as the cellmate.

One thing that’s refreshing about Alex Wheatle is that it almost entirely avoids biopic cliches. Most biopics these days merely tick off the usual beats, most of them lifted directly from the sorts of things that Walk Hard: The Dewey Cox story was mocking. Alex Wheatle may not be the best, most cinematically inventive, or most memorable entry in the Small Axe series, but it’s a worthy story of a worthy man, one told very well.

The Most-downloaded Apps of 2020: There’s a new king in town!