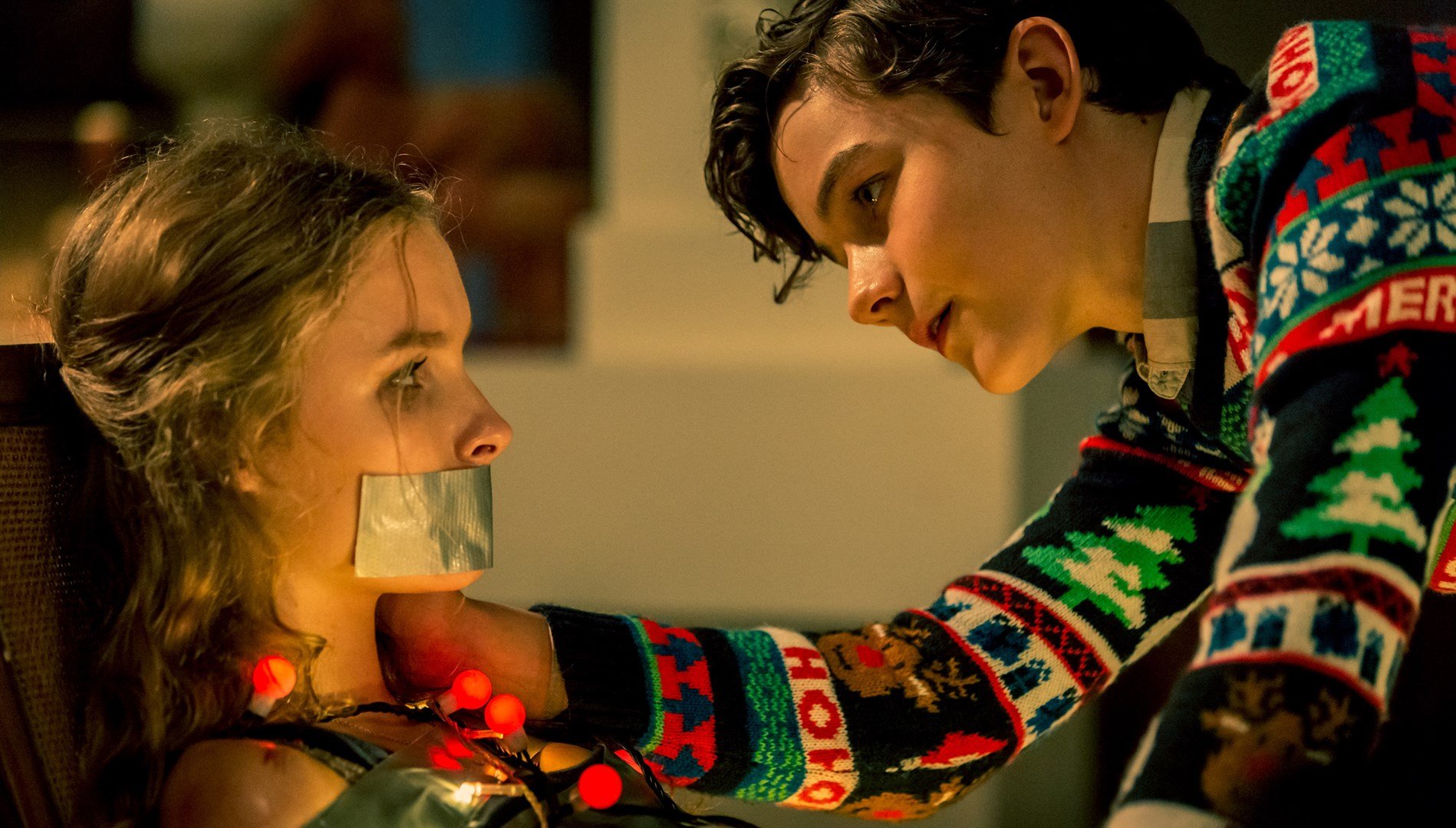 Although October is gone (and with it Halloween), it’s anything but forgotten. Although December is here with its barrage of holiday specials, songs, and cheesy films, there’s no reason you can’t enjoy the season’s festivities with a bit of a punch. If you’re a fan of cheap scares, unsettling stories, or just miss All Hallow’s Eve, then be sure to check the films on our favourite holiday horror movie list.

Let us be clear, Jack Frost is not a good movie. It’s a great movie. This beyond cheesy slasher follows the story of Jack Frost (Scott MacDonald) a serial killer who evaded capture and left a trail of bodies in his wake until Sam Tiler (Christopher Allport) finally brought him to justice. Unfortunately for everyone in Snowmonton—yes, that is the name of the town this story takes place in—the vehicle carrying Jack to his execution gets hit by a genetics truck and Jack’s body fuses with the snow, turning him into a killer snowman. Naturally! Jack begins tormenting the town, his body count getting higher, but is finally stopped by a truck full of antifreeze… or is he? The movie is dumb, fun, and while it was panned by everyone upon its release it’s since become a cult classic.

Nothing says Christmas like musicals, weapons made from holiday decorations, and zombies ripping people apart limb from limb. This is the heart of Anna and the Apocalypse, a horror Christmas musical about a young woman looking to find her place in the suddenly undead world. The film follows Anna (Ella Hunt) as she and her friends try to get to their school for a military evacuation following a zombie outbreak that happened (unbeknownst to them at first) two nights earlier. Anna is forced to make tough choices and reconcile her differences with her father—who disapproves of her decision to travel the world for a year before she begins university—before time runs out for all of them. While the premise doesn’t seem terribly Christmasy, there’s nothing quite as festive as watching someone decapitating a zombie snowman.

Why wrap up gifts and leave them under the tree when you can kidnap your babysitter in an attempt to gain their unrequited love? That’s essentially the plan for 12-year-old Luke Lerner (Levi Miller) when his 17-year-old babysitter, Ashley (Olivia DeJonge), watches him over the holidays. In an exceptionally convoluted plan, Luke tries to trick Ashley into falling in love with him by getting his friend to help stage an elaborate hoax in which she thinks they’ll be killed if they leave the house. When she discovers it’s actually Luke trying to win her over (which it shockingly doesn’t), he resorts to tying her up, killing her boyfriend, and stabbing her in the neck. You know, because that works every time. The film ends with Ashley giving Luke the finger as she’s loaded into the back of an ambulance, and Luke telling his parents that they should go visit her in the hospital.

If you thought your family was dysfunctional during the holidays, just wait until you add evil toys and a royally p*issed off Krampus to the mix. In 2015’s Krampus the Engel family has to set aside their differences with each other to try and survive as Krampus—an entity that punishes those who have lost their Christmas spirit—attempts to kill each of the Engels. He sets a terrible blizzard on them that knocks out the power and then things quickly go from bad to worse when a horde of possessed and murderous toys tries to kill them. Although they’re eventually able to work together and function as a family, will it be enough to save them from Krampus’ plans? The ending of the film is amazing and while you might see the twist coming, it’s still a satisfying one to experience for yourself.

While most of us imagine Santa Claus as an old man in a red suit, Rare Exports: A Christmas Tale is here to set the record straight. It turns out the person we think is Santa is actually one of his elves. The man himself, however, turns out to be a giant horned beast frozen in ice. Or at least that’s what this 2010 movie by Jalmari Helander would have us believe. The film follows the story of a group of British researchers who believe they’ve uncovered the whereabouts of Claus. Unfortunately, they’re right and neither they nor a local Finnish family who happens upon their discovery, have any idea of what’s in store. The film ends with Santa Claus getting blown up and his elves being retrained to work as mall Santas and shipped off around the world. (Yes, it’s as weird as it sounds.)

There are three important rules you need to know about owning a mogwai: don’t expose them to light (the sun will kill them), don’t get them wet, and don’t feed them after midnight. While this should be easy enough to do, it turns out not everyone is so competent with their house pets. When Billy (Zach Galligan) is given Gizmo, a mogwai, by his father as a Christmas gift things quickly get out of hand. He accidentally gets Gizmo wet (which causes more mogwai to grow), feeds a bunch of them after midnight (which turns them into evil creatures called gremlins), and eventually has them all killed when a skylight is opened above them following their city-wide murder spree. Although it’s campy as hell, it’s one of the most iconic horror Christmas movies around.

If you didn’t think this was going to take the top spot, have you seen any of our previous lists? Black Christmas is one of those movies that we could talk about until we’re blue in the face. The movie, which is widely considered to be one of the first slashers, follows a group of sorority sisters as they try to survive a killer before the start of the Christmas break. Known among the girls as the Moaner, he makes lude noises and says sexually explicit things to them over the phone. Things, unfortunately, escalate when Barb (Margot Kidder) insults him, and soon the girls in the sorority find themselves at the mercy of this killer. By the end of the film, the only one left alive is Jess (Olivia Hussey), a bad*ss feminist icon, but audiences are left wondering just how much time she has left. A classic, a damn good movie, and a powerhouse horror flick, give yourself the gift of watching Black Christmas this December.