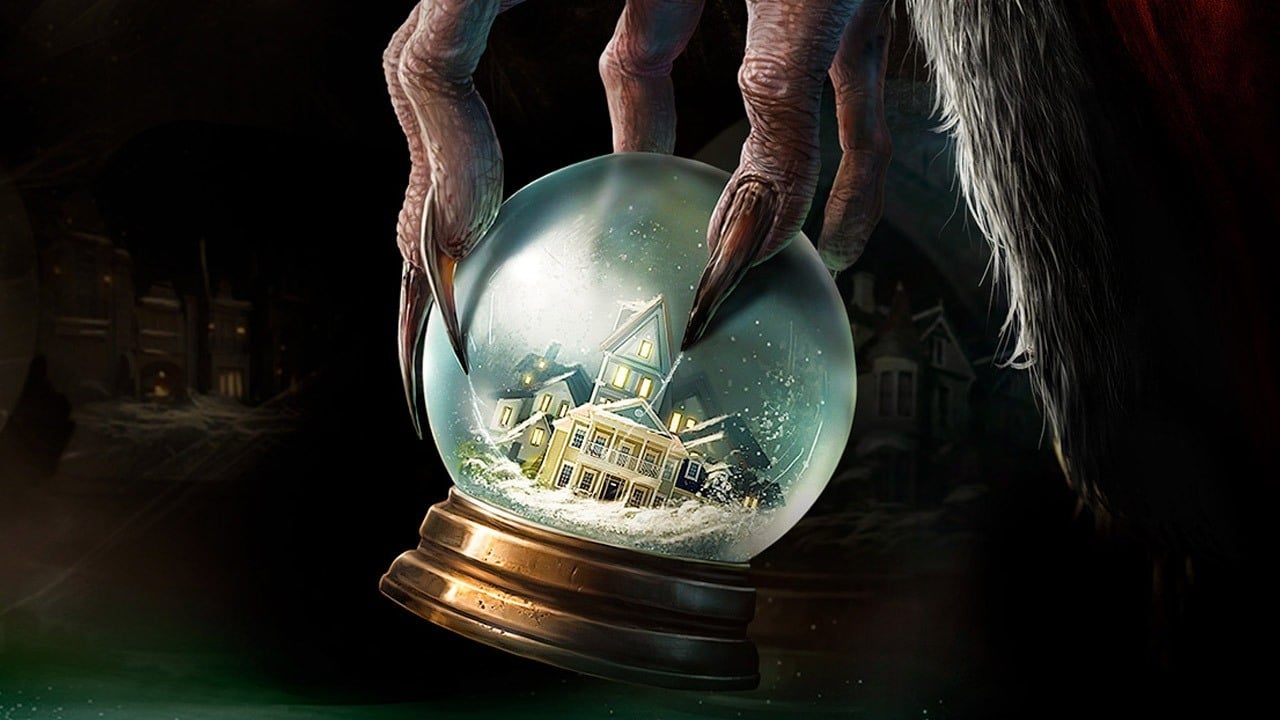 The last time Michael Dougherty tried his hand at making a holiday-themed horror film he made a cult classic, but it took years for the film to find its place. 2007’s Trick ‘r Treat deliberately toyed with fan expectations right before it obliterated them. Respectable adults, who are the guardians of the horror genre, are instead despicably cruel. And that’s what made Dougherty’s take on Halloween so revealing: adults have license for their worst behavior. Hopefully, movie-going audiences will be kinder to Krampus, which is a fitting holiday companion to Trick ‘r Treat.

Christmas is when people are supposed to cast aside their differences in favor of goodwill toward all, but as evidenced by the opening montage of shoppers beating each other for items, that rarely happens. Tom (Adam Scott) and Sarah (Toni Collette) are hosting Christmas this year, and that means irritating relatives will soon be clogging the aisles of their home. Howard (David Koechner) complains about the home-cooked meals, Linda (Allison Tolman) hangs around much longer than she needs to, and Aunt Dorothy (Conchata Ferrell) is unpleasant just for the sake of it. Worst of all are the nieces and nephews that torment Max (Emjay Anthony) and his older sister Beth (Stefania Owen).

Max knows that hand-written letters to Santa aren’t actually delivered to the North Pole, though that doesn’t stop him from writing them anyway. Alas, this year his cousins proved to be too much for Max to bear when his letter to Santa is taken from him and read aloud at the dinner table. After much frustration and name-calling, it’s no surprise when said letter is torn, crumpled up, and tossed outside in the snow.

Krampus is a rare gift for Christmas

Unknown to the family, this particular destroyed letter draws the attention of the sadistic Krampus, a horned demon that makes his living by punishing non-believers on the Holiest of days. The power goes out, and soon every relative is left fending for themselves, as toys and gingerbread men turn into horrifying killing machines. It’s a while before Krampus makes his full appearance, but the gradual build-up is all the more entertaining because of it.

Fans of Trick ‘r Treat know that Michael Dougherty is great at creating spooky characters, and he brings his whole bag of tricks out for Krampus. The creature designs avoid CGI and instead favor practical effects, which lends authenticity for the scares to come. For gorehounds concerned that the PG-13 rating means a watered-down final product, worry not. Laughs and moments of tension are handled equally well. As with a lot of great horror scenes, what we don’t see can be just as scary as what we do.

Without Dougherty’s deft handling of the material, Krampus‘s success would not be as sure. No question that there is a good deal of menacing occurrences, but they are more gleeful instead of filled with the ugly hate that too many horror films rely on. The writers also have fun with the male posturing of patriarchs trying to play hero, when it’s the wives who know how to act under pressure. At times, I had to remind myself that a major studio released a holiday horror flick with solid production values and a cast that makes audiences care what happens to them.

Horror aficionados and fans of black comedy are both sure to enjoy this movie.  At a time of year when guests and obligations make the holidays less enjoyable than they used to be, a Christmas-themed horror flick is more than a little cathartic. For households who enjoy Gremlins more than It’s a Wonderful Life, Krampus will prove a rare gift this weekend.

Trick ‘r Treat Reminds Us How Much Fun it is To Be Scared.