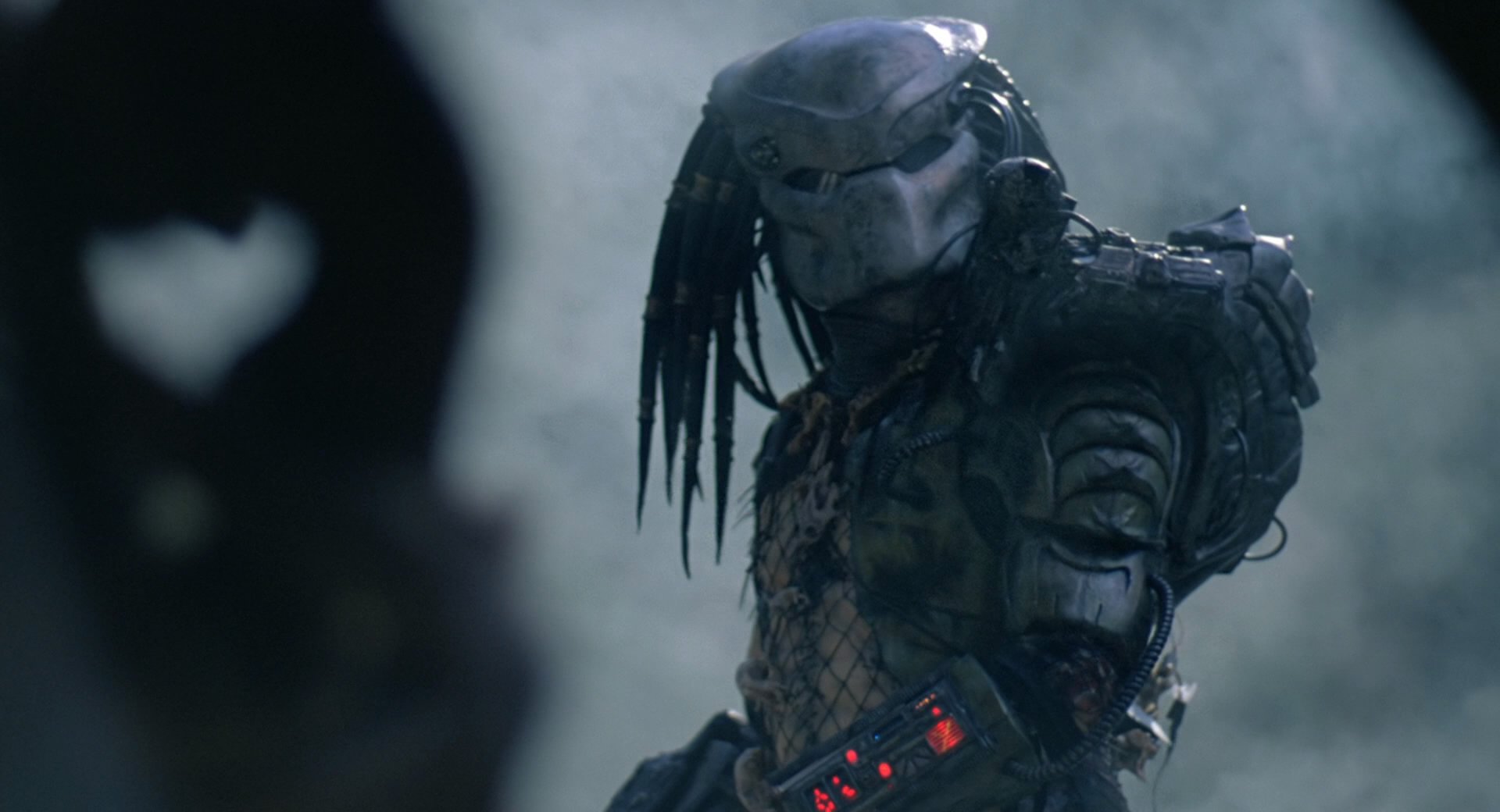 It’s hard to believe that we don’t live in a state of constant, daily awe of one Predator fact: the film stars two – not one, but two! – actors that would go on to become the Governor of real, actual American States. This should never be forgotten, even when America moves beyond its current bout of political insanity. It should be preserved, alongside The Pledge of Allegiance, at the start of school days. Clips of the two men should play during the National Anthem before sporting events, so that audiences may never forget this improbable, unbelievable absurdity.

Arnold Schwarzenegger and Jesse Ventura ascended to governorships not long after their time in the jungle, both playing comical caricatures of masculinity in a film where neck veins bulge, biceps swell, and arm wrestling usurps dialogue. In a way, they were each a Proto-Trump: celebrities turned executives, leveraging an outsider posture and a cult of personality into real power, despite having no discernable platform (Schwarzenegger declined to debate numerous times), or a platform defined mostly by disdain for the status quo (Ventura ran as a third-party candidate).

This is about Predator and not politics though, and the most relevant similarity between Ventura, Schwarzenegger, and Trump is that it’s nearly impossible now to remember them before – before Arnold became “The Governator,” before Ventura came fully unhinged, and before Donald Trump, curiosity became Donald Trump, President. That distance obscures how Ventura and Schwarzenegger were perceived at the time of Predator’s release. Ventura was a proven commodity and known personality; Schwarzenegger was a bona fide superstar in the midst of a prolific ten-year stretch that included Commando, The Terminator, True Lies, Predator, Total Recall, and Terminator 2: Judgment Day.

All of this is to say that shine can wear off as time passes by. Predator was plenty shiny when it debuted, grossing nearly $100 million at the box office against a budget of under $20 million; it’s plenty shiny still, with overwhelming critical appraisal of the film as an action standard from the genre’s heyday. Yet watching it now, thirty years later, Predator doesn’t feel like the film that we collectively imagine it to be. It doesn’t live up to its improbably favorable legacy.

Schwarzenegger and Ventura, for what it’s worth, aren’t the problem – it is still plenty of fun to watch Arnie gamely playing the role of “Dutch” as if he were anything other than a bodybuilder from Austria. The problems that exist in Predator have little to do with the actors, actually. Ventura grates on his team and the audience, as he is meant to do. Carl Weathers, in the role of CIA liaison George Dillon, provides a sympathetic counterpoint to Dutch’s commando machismo. Dillon is with Dutch’s squad to supervise on behalf of the CIA, framing him as an outsider in the film. This, and Weathers’ believably fearful portrayal, attach a level of heroism to Dillon’s actions that stands out in Predator; it’s Arnold that eventually faces off with and bests The Predator in the film’s signature sequence (naturally, given his sheer wattage), but Weathers leaves his mark in the film.

These are admirable performances in a film that attempts to execute a formula echoing 1979’s Alien – a group is trapped and hunted, without any reason why – in a setting that recalls Rambo, or Commando.  However, Ridley Scott’s film is cinematically innovative, tonally perfect, and inhabited by recognizable characters; Predator is cinematically unremarkable (some action sequences actually lack coherence), tonally uneven, and inhabited by a lineup of meat sticks that, despite their best efforts, are discernable from one another only by size.

When Dutch meets up with Dillon at the start of a film, their brief handshake becomes an arm-wrestling stare down, a moment that means to communicate their dynamic. The two men have been through trials together, but new friction between them betrays Dutch’s resentment of Dillon having traded field work for an office job. Here, though, the film looks away from their personal history, using the impromptu contest to supplant the characters’ emotions with Neanderthal instinct, no more nuanced than rams butting heads. Later, when the commandos are on their way to the mission, Blain (Ventura’s character) offers his friends some chew. They decline. Blain’s retort is super subtle: “You bunch of slack-jawed faggots! This stuff will make you a sexual tyrannosaur, like me!” His tone is joking, but there is no actual joke there. The line is worth a chuckle for feeling as anachronistic as it does in 2017, but it serves as a typically obvious and reductive descriptor of Blain’s character, and a reflection of the two most valuable attributes in the film’s universe: masculinity and virility.

It’s a little contrived (and a lot unfair) to frame Predator only by how it compares to Alien, but it’s the fault of the franchise for attaching itself to Alien as some sort of spiritual or intellectual peer in Alien vs. Predator films. Alien uses its threat – a perfect specimen designed to kill, just like the titular Predator – to reveal the humanity of its characters, but Predator is the story of a dick-measuring contest that gets interrupted by a swinging, lethal specimen from outer space.

About that specimen: the first few times audiences meet The Predator, it is from the eyes of the creature itself, which shouldn’t be a surprise – it isn’t much to look at. He clearly resembles an actor in a suit, moving slowly and clumsily, looking like the monster in the third act of a Power Rangers episode. Of course, Predator is now thirty years old – special effects have come a long way since 1987 – but the film was released 12 years after Jaws, 8 years after Alien, and a mere five years before Jurassic Park. There are ways the film could have transcended the effects limited by its time, such as obscuring The Predator and stoking anxiety about the threat in the margins, but instead, The Predator vacillates between either camouflaged invisibility (in the film’s most dated effects shots) and detailed visibility that reveals the monster as corny instead of terrifying. Because The Predator – an inarguably iconic movie monster, for what it’s worth – fails to scare, the effect of Dutch’s eventual victory is dulled. The Arnold Schwarzenegger of 1987 is plainly an even match for the sapient, humanoid Predator.

By now, this may seem like an unfair screed against Predator, an axe to grind sharpened by the technology and political correctness of 2017, but it isn’t. Looking back now, the fatal flaw of Predator is that it doesn’t lean enough into its absurdity; it never fully embraces its camp. You laugh at Jesse Ventura instead of with him, because the film is so doggedly earnest. Predator appears to be the effort of creators who believe they have on their hands the next Alien, when they actually were dealing with something that had the opportunity to be much more fun. There is hope for the property in the future, as Shane Black’s The Predator is due out this August. Black, who acted in Predator, wrote Lethal Weapon and (more importantly) The Last Boy Scout, has a sensibility that matches the absurdity of Predator. He could introduce audiences to a Predator film that takes a break from flexing once in a while to give a wink.

‘It Comes at Night’ – An Offscreen Threat Looms Over Moody, Intimate Human Drama