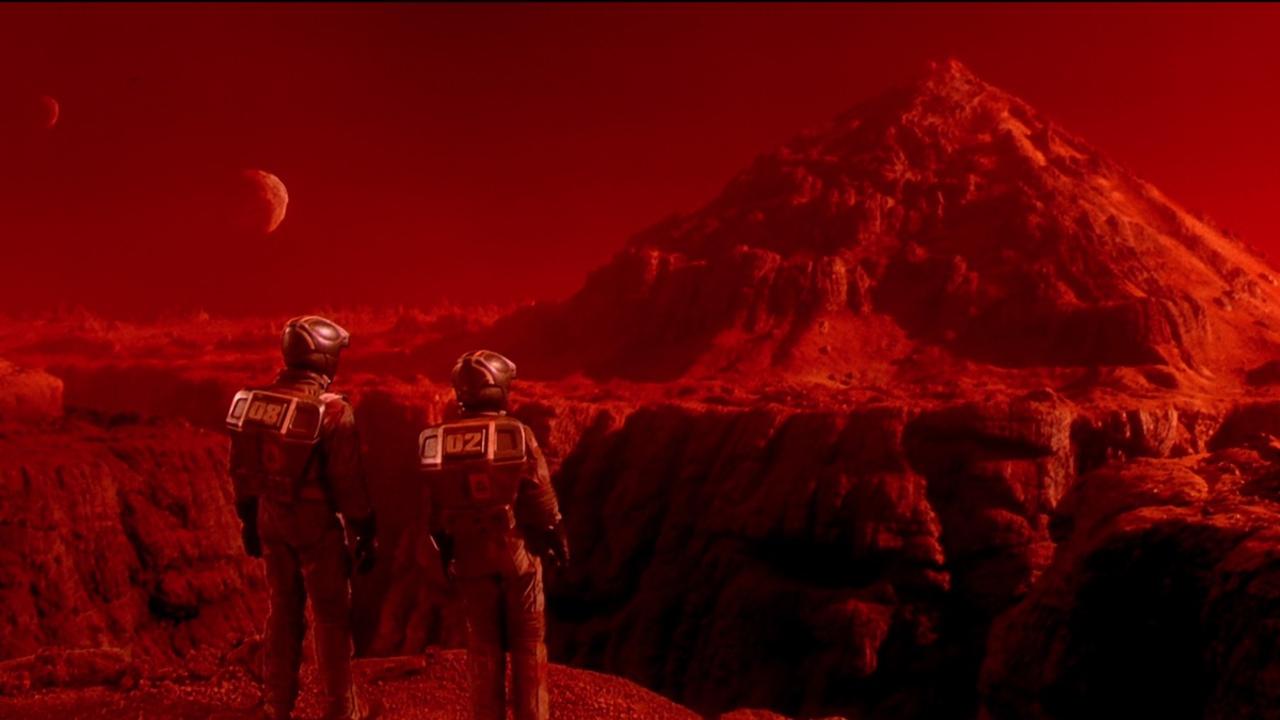 Based on a Philip K. Dick short story (We Can Remember It for You Wholesale), Total Recall is set in a futuristic society, where “it has become scientifically possible to implant fake memories into a person’s mind while erasing their previous identity, thus creating a fictitious persona in such that the subject believes he or she is someone else.” The filmmakers took great liberty with the original story, but, luckily Dan O’Bannon and Ronald Shusett (respected writers of some of the greatest science fiction films), whipped up one of the best produced Hollywood screenplays of the 1990s.

Arnold Schwarzenegger stars as Quaid, a 21st-century construction worker in 2084 who discovers that his entire memory of the past derives from a memory chip implanted in his brain. In seeking out the truth, he travels to Mars to find the man responsible for his false identity.

Estimates of the cost of this project range from $60 to $70 million making it one of the most expensive films ever made. Verhoeven visualizes the Red Planet as a psychedelic wasteland, colonized by greedy capitalists who control the mutants living on the planet. There are gargantuan sets, with urban neighborhoods located under see-through domes that offer protection from genetically damaging sun rays. There’s a sleazy bar that looks like a twisted version of the Star Wars canteen and robot-driven taxis. It’s a blockbuster from another era, a product of its time – made just before computer animation started taking over and 3D goggles were requested by every Hollywood producer looking to squeeze an additional dollar from our pockets. Visual effects expert Rob Bottin is at the top of his game, whipping up some of the most extravagantly deranged and perverse creature effects including a three-breasted prostitute whom our hero meets when stopping in on the planet’s red-light district. Most popular is Quatto, a slithering, super-sentient growing out of a man’s belly that required ten puppeteers to bring to life. The effects were so ahead of its time, Bottin won an Academy Award.

Verhoeven being Verhoeven, provides some amusing product placements and pop culture references throughout. Verhoeven is at his best here, balancing the film’s ambitious visuals with a nonstop action with enough gunshots and explosions to keep anyone awake. The film moves at a fierce and unrelenting pace; it’s a continuous chase from start to finish with the audience always trying to catch up.

The original cut of the movie was given an X-rating by the MPAA for excessive violence and a body count that totals 77. In the end, Verhoeven proves a great action director; he knows how to stage chases and fights so that nothing feels choreographed. And every action set-piece is completely different – with new foes, new weapons, and new locations.  Who doesn’t remember the down and dirty martial arts brawl between Sharon Stone (evil wife to Schwarzenegger) and Rachel Ticotin (Arnie’s love interest)— not to mention one of Schwarzenegger’s most famous one-liners: “Consider that a divorce!” Speaking of which, Total Recall boasts a fantastic dramatic performance from the Austrian superstar. Simply put, Total Recall is Arnold Schwarzenegger at his very best. The film also stars Michael Ironside the chief villain and Ronny Cox as the corporate villain (a role similar to the one he plays in Robocop).

Much like Blade Runner, many of Phillip K. Dick’s themes recur including identity, self-determination, perception, and yes, memories. The plot veers from one surprise and twist to the next about every ten minutes or so, always keeping the audience guessing. It can be argued that there is little effort here in developing some of the more complex science fiction elements, but that’s o.k. Total Recall is just as much about popcorn entertainment as it is about altered states. Verhoeven’s wild direction, complete with breathtaking action sequences and top of the art special effects, makes Total Recall a must-see. The film also features possibly the very best score from legendary composer Jerry Goldsmith.