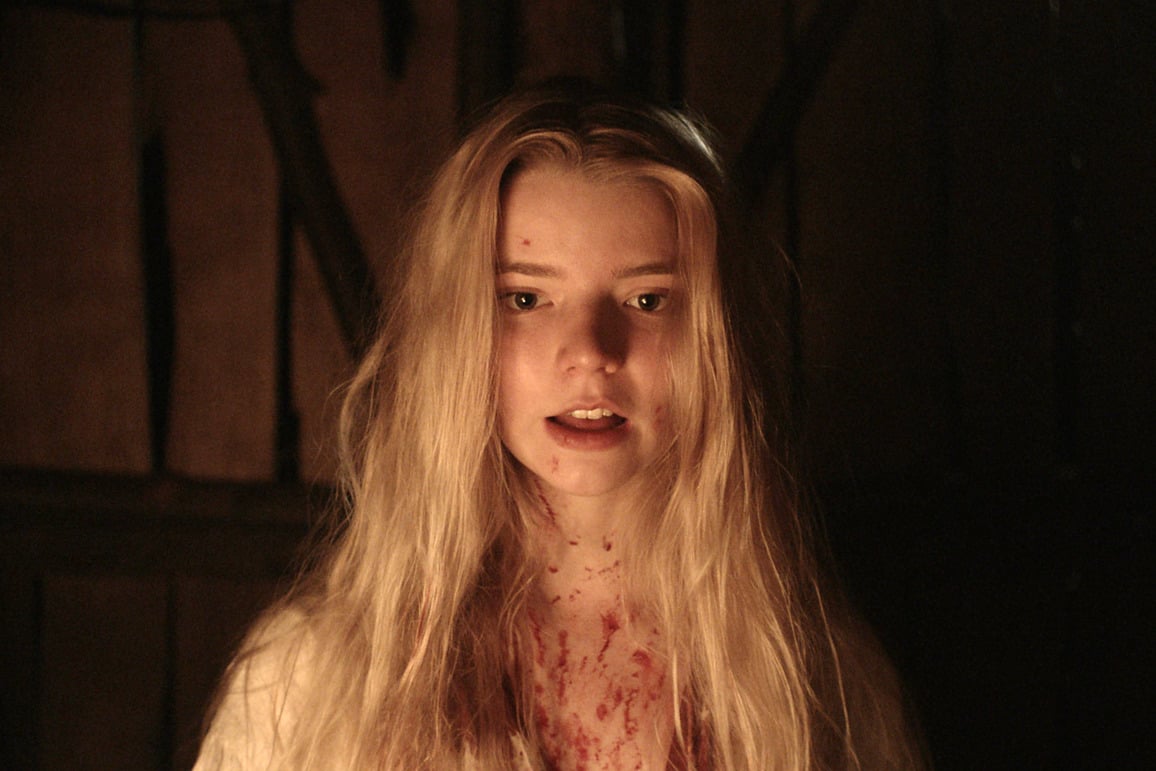 This is the question that Black Phillip (Daniel Malik) asks Thomasin (Anya Taylor-Joy) at the end of Robert Egger’s 2015 film, The VVitch: A New-England Folktale. It’s not the only thing Black Phillip (who is essentially the embodiment of Satan on Earth, predominantly shown in goat form) says to the protagonist at the very end of the film, but its easily the most quoted line. It’s also at the heart of why Thomasin is on our list of the greatest feminist icons in horror.

A Complicated and Satisfying Story

The VVitch follows the journey of a Puritan family that’s been banished from their colony due to a religious disagreement between the church and William (Ralph Ineson), Thomasin’s father. William, his wife Katherine (Kate Dickie), their newborn son Samuel (Axtun Henry Dube and Athan Conrad Dube), their twins Mercy and Jonas (Ellie Grainger and Lucas Dawson), their son Caleb (Harvey Scrimshaw), and Thomasin head out into the New-England wilderness to find land on which to build their new home.

Once there, things begin to go wrong, starting with infant Samuel’s sudden disappearance while playing a game of peekaboo with Thomasin. Soon after Caleb goes missing in the woods, only to return home naked, ill, and out of his mind. He coughs up an apple with a bite missing from it, before succumbing to his mysterious illness. Thomasin is then accused of being a witch by the twins, and she then accuses the twins of speaking to their goat, Black Phillip. The three of them are locked in the goat house for the night, during which time an old woman comes to suckle at the teat of the animal, Katherine has visions of Caleb and Samuel while a crow pecks at her breast, and madness ensues. By morning, Thomasin is left the lone survivor of her family. The movie concludes with Black Phillip speaking with Thomasin. She agrees to sign his book in exchange for “living deliciously.” The two of them walk out into the woods, where Thomasin participates in a Witch’s Sabbath around an enormous fire, levitating into the night as she laughs wildly.

It might seem like an odd choice for this young woman to give in to Satan, especially when he tormented her family, but it’s part of the reason for her badass feminist status on our list. As a woman living in a puritanical community, life would have been miserable for Thomasin. Women were expected to be chaste, obedient, and submissive to male members of their family and the community. Every aspect of Thomasin’s life would have been tightly controlled by her father and by religious doctrine. Her time would have been spent learning how to tend to the homestead, rear children, and reciting prayers. She would have been her father’s property before becoming her husband’s property.

We witness this throughout the film as Thomasin is put to hard labour while her siblings enjoy themselves. Her mother, who lacks agency in her own life, makes up for this loss of control by running her household with an iron fist and by berating Thomasin. Her mother is cruel and indifferent towards her daughter, suggesting around the halfway mark that they send Thomasin to work for another family, and going so far as to even accuse her of trying to seduce Caleb and William (her brother and father respectively) at the film’s conclusion. When she sees Thomasin rebelling against this system that’s controlled her life, Katherine’s means of reclaiming her power and asserting her authority is by exacting cruelty on those around her.

Thomasin, however, reclaims her power in a more literal and subversive way. At the end of the movie, the only person Thomasin has killed is her mother. She’s symbolically destroying the future her family, and her community, has told Thomasin she will have. It also mirrors her father’s death at the horns of Black Phillip, this Satanic animal bringing about the ruin of a patriarchal and religious figure.

The Dangers of Being a Witch

Thomasin then conjures Black Phillip, demanding an audience with him and actively asking for his help. It should also be noted that this iteration of Satan doesn’t trick her or try to woo her into servitude, but rather Thomasin is willingly seeking him out in an attempt to regain control of her life. When Black Phillip says she needs to sign his book to make her dreams come true and she says “I cannot write my name,” we’re seeing just how much control her family has had on her. Her father is an intelligent man who can read and preach the gospels. However, he’s refused to educate his daughter enough for her to even be able to sign her name. Satan, on the other hand, is willing to show her how to write her name and is offering to guide her hand. He’s not demanding she sign, he’s not saying he’ll control her enough to do it, but rather he’s offering to show Thomasin how to write it and empower her with this knowledge.

It’s also interesting to note that the scariest thing a woman could be in a Puritan community was a witch. The idea that a woman could be sexually active, exerting her power, and not needing to get married for support and stability (and instead could depend on other women in their coven) was a revolutionary and terrifying idea. It was the antithesis of how a woman should act in this religious society and was also the only way for Thomasin to regain any control over herself and her life. The film literally ends with Thomasin being elevated by her power and the power of sisterhood in the coven, and her laughing—naked and wild—in the face of patriarchy.

It’s safe to assume Thomasin is speaking for all of us when she answers, simply, “yes.”

The Tremor Dissects the Reason for Sensationalism