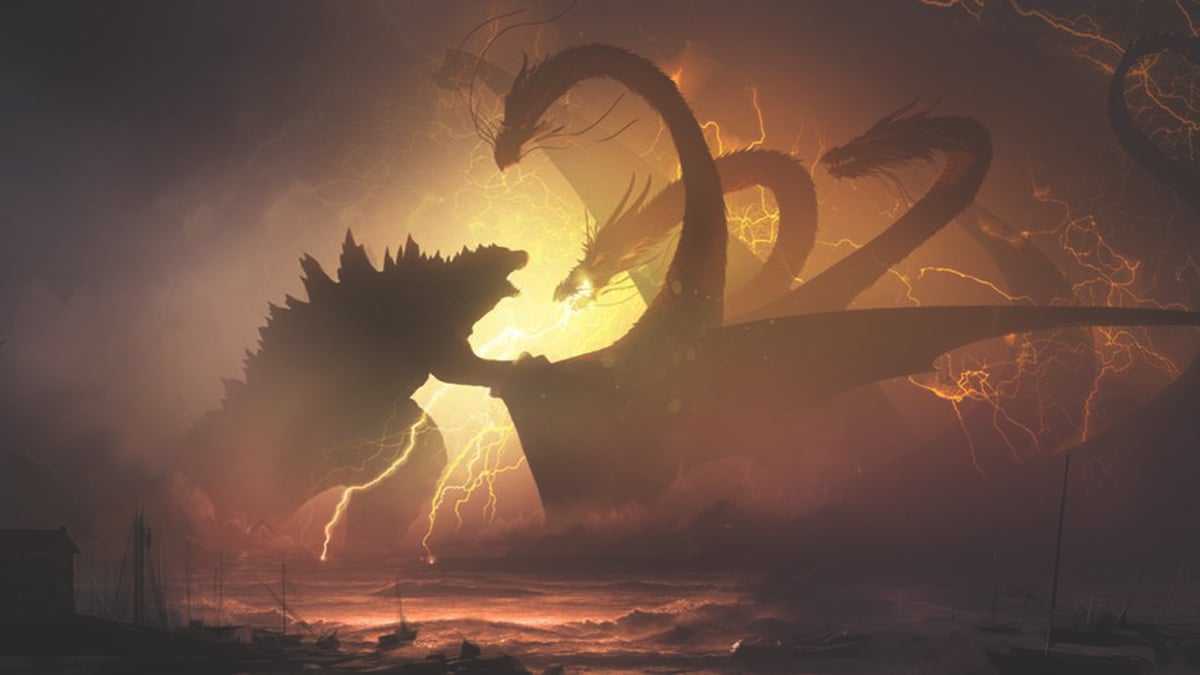 Godzilla: King of the Monsters: Let’s Discuss the Titans

The latest attempt to keep the Godzilla franchise alive is not a good film. Godzilla: King of the Monsters brings together kaiju (or “titans” as they’re referred to in this universe) from Godzilla’s past, and pits them against each other in a dazzling spectacle of bright colors and wide shots. While the story falls flat in almost every regard, and every attempt at characterization feels forced, the film does one thing exceptionally well: keeping the Godzilla legacy intact by pulling from the series’ films all the way back to 1954’s Godzilla. In doing so, King of the Monsters manages to be both a spectacle and a respectful re-imagining of the kaiju universes that came before it.

It is important to specify that this is a different universe than the one before it. Legendary’s MonsterVerse is certainly a rework/reboot of the Showa universe of Godzilla movies; at least, that’s what the initial flock of recent films most closely resembles, as opposed to the many other times the series has been rebooted in Japan. It features many of the plot devices and attributes of the Showa monster films — going beyond obvious retreads such as Godzilla being a metaphor for the atomic bomb and the effects of nuclear warfare, or even the classic musical cues — and references the kind of things that fans of the older films will smile at, while in some cases showcasing more interesting takes on the classic staples of the Showa series.

Godzilla: King of the Monsters carries some of these callbacks and references in smaller doses, but what is a huge plot device in the 1954 film becomes the end of the second act of Michael Dougherty’s movie. The Oxygen Destroyer probably seems funny to those experiencing it for the first time, but in the original film portrayed it as another devastating weapon created by mankind as a quick fix to Godzilla’s carnage. Basically, it was a new atomic bomb. The 2019 film utilizes that weapon not to make a statement, but to develop more of Godzilla’s lore. Godzilla appears many times in the Showa series of films, but it is implied that after the original employs the Oxygen Destroyer, the subsequent Godzilla is a different kaiju. Here, there is an establishment that Godzilla is not going to die from human weapons; he is the rightful king of the monsters, and king of Earth.

When the military deploys the Oxygen Destroyer in King of the Monsters, it kills everything in the sea, but does not kill Ghidorah. It also doesn’t kill Godzilla, and instead merely forces him into hibernation as he tries to heal with the help of both Mothra and a heavily irradiated area. By using a weapon to harm Godzilla — ultimately, a friend — humans have effectively hurt themselves. It isn’t until they search for Godzilla and use a nuclear warhead to help him instead of hurting him that they turn the tides in their favor. It’s a clever way of keeping a singular Godzilla as opposed to creating multiple throughout the series, as well as a neat twist on how the original film plays out. Much in the way that Arrival’s heptapods were not there to invade but to help, humanity must learn that not every destructive force is a negative force. Ghidorah is not going to die from human weaponry; they will need Godzilla to help them.

Watching King of the Monsters was fun whenever they seemed to bring some poignancy to their actions, which is something the 1954 film also succeeded in doing. There’s also a message of reparation and amends that humanity has to come to terms with in when fighting alongside Godzilla. They tried to kill their only chance to defeat Ghidorah in order to end this mass extinction, but in the end, Godzilla is brought back by a realization that he is there to protect Earth. Ghidorah (as fans of the Showa films will have known beforehand) is an alien titan, but why should humanity be aware of this when he’s buried just like all the other titans? Of all the justifications to bring Ghidorah and Godzilla against each other, it’s only timely to have both fights each other as a result of human intervention.

There is a very clear understanding throughout Godzilla: King of the Monsters that the actions made by humans have consequences. It is also understood though that just because you make a mistake doesn’t mean it can’t be fixed. For all the terrible dialogue, mediocre performances, and flat story, it is a wonder that Dougherty’s film comes out with something to say. Even more compelling is its use of plot devices from the classic kaiju films to propel that point forward.

There are plenty of other references that tend to fall under Mothra’s lore and show how much of a fan the writers appear to be regarding the Showa films, but there is nothing more commendable than how Dougherty was able to deliver everything people wanted in the film and mold a newer version of old ideas. King of the Monsters is substantially more ambitious than the 2014 movie and Kong: Skull Island, but it also suffers because of that. The callbacks to a previous generation of kaiju movies are what the film finds to mine for a greater outcome, pulling reverence out of the history of the franchise — as well as human history — in order to deliver some poignancy before it drowns that all out with loud explosions and over-the-top titan brawls. If only it didn’t feel subservient to delivering that third act smorgasbord of action in lieu of building upon a rich, lore-heavy foundation.

‘Dark Phoenix’ Ends Fox’s X-Men Saga with a Whimper, Not a Bang

10 Years Later: ‘Drag Me to Hell’ was a Heavenly Return to the Sam Raimi Brand