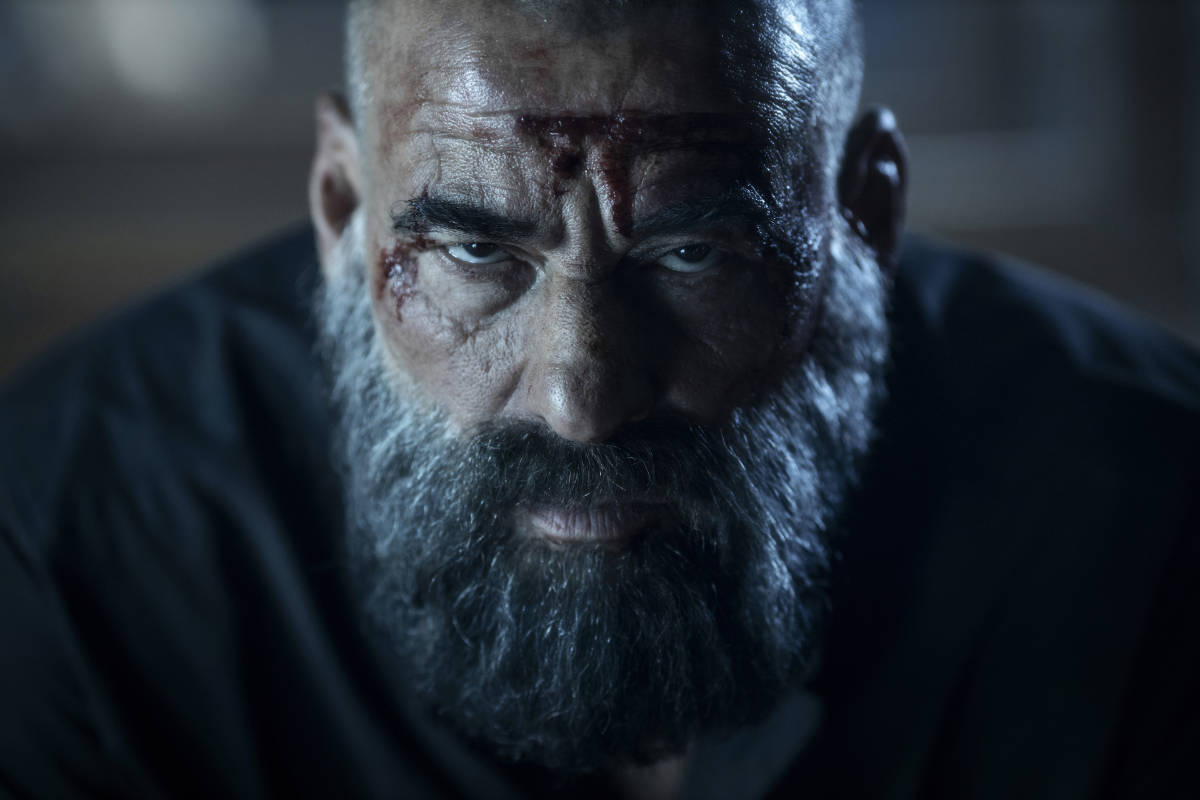 30 Coins, HBO’s latest international production, is an ambitious project that centers on a worldwide conspiracy that sparks a biblical battle of good versus evil across the remote town of Pedraza, Spain. Helmed by horror auteur Álex de la Iglesia (The Day Of The Beast, The Last Circus), the eight-episode Spanish-language series blends religious horror with Lovecraftian elements, to great effect. If you’re a fan of the director, you should find yourself right at home as de la Iglesia perfectly incorporates his usual brand of dark humor, demonic terror, and puddles of blood while exploring age-old ecclesiastical themes through a modern lens.

Despite its title, the Spanish horror series 30 Coins only follows one coin. And without wasting any time, audiences are quickly introduced to the cursed object as the series opens with an unusual heist that sees an elderly man force his way through a high-end bank to retrieve the item despite being shot multiple times. Once he escapes and delivers the coin to a mysterious clergyman, the man succumbs to his injuries, making it clear the coin possesses a supernatural power that not only kept the thief alive while shrugging off multiple gunshot wounds but also controlled his every action. As the series progresses, we eventually learn, the ancient silver piece is one of 30 that were paid to Judas for his betrayal of Jesus Christ, and a religious faction known as the Cainites is attempting to collect them all in order to exact their reign of terror. The cold open gives viewers a glimpse into the dark underbelly of the Catholic church before shifting gears to the small village at the heart of the narrative. As viewers will come to discover, the town and its people will be forced to face off against unspeakable horror.

Each episode focuses on a specific event that ties back to the main story, but this isn’t an anthology show as some would have you believe. Instead, 30 Coins aims to be a religious-themed spin on The X-Files, with each new mystery tied to the overall plot. At the center of the series is Father Manuel Vergara (Eduard Fernández), a former boxer/priest who is exiled by the Catholic Church after a teenage boy dies at his hands during a botched exorcism. Not long after moving to Pedraza, strange and unexplainable events occurs, sending the once peaceful Spanish village into a frenzy. In the first episode titled, “Telarañas”, a cow gives birth to a baby leaving the residents wondering if it is human, the work of the devil, or just a hoax? If it sounds fucked up, it’s because it is, and that’s just the start of the horror that ensues. Vergara then forms an alliance with local mayor Paco Paco (Miguel Ángel Silvestre) and veterinarian Elena (Megan Montaner) who set out to uncover the truth.

30 Coins is a tasty slice of religious-themed exploitation…

Despite the widespread plot, Alex de la Iglesia does a decent job in allowing each installment to stand alone without viewers needing to watch every episode in order to keep track of what’s what and who’s who. And like the best horror movies or television series, 30 Coins is rooted in the real horror of the way people treat one another in the name of religion, and how they behave when they are challenged in the face of fear. That said, the grotesqueries that de la Iglesia is known for are on full display. 30 Coins is chockful of blood splatter, nail-biting suspense, monster mayhem, gory deaths, and spectacular special effects— both CGI wizardry and old-school makeup. Whether it’s the eight-legged mutant baby or a local teen who can see the dead, 30 Coins masterfully blends elements of thriller and mystery with supernatural elements and religious horror that is sure to please most horror aficionados.

De la Iglesia (who directed all eight episodes) is known for adding a macabre comic aesthetic to his films. 30 Coins, however, keeps drama at the forefront. There is a small dash of black comedy, but the show takes the religious conspiracy seriously, unlike say, his sophomore feature Day of the Beast. Still, fans of the director will find plenty to love such as the phantasmagoric Lovecraftian creature effects, and the several twists and turns that will keep viewers on edge.

30 Coins is a tasty slice of religious-themed exploitation, with plenty of thrills and a reminder that horror shows can be horrifying, without being horrible.

30 Coins is a nice early-year surprise— a horror series that is intelligent, features great performances and is brilliantly directed, superbly written, and genuinely scary. I highly recommend it!

The eight-episode series, is available to stream on HBO Max.

Tony Parker: The Final Shot Explores the Career of the NBA’s Greatest Frenchman

Jurassic Park Still Holds Up Today as it Did in 1993