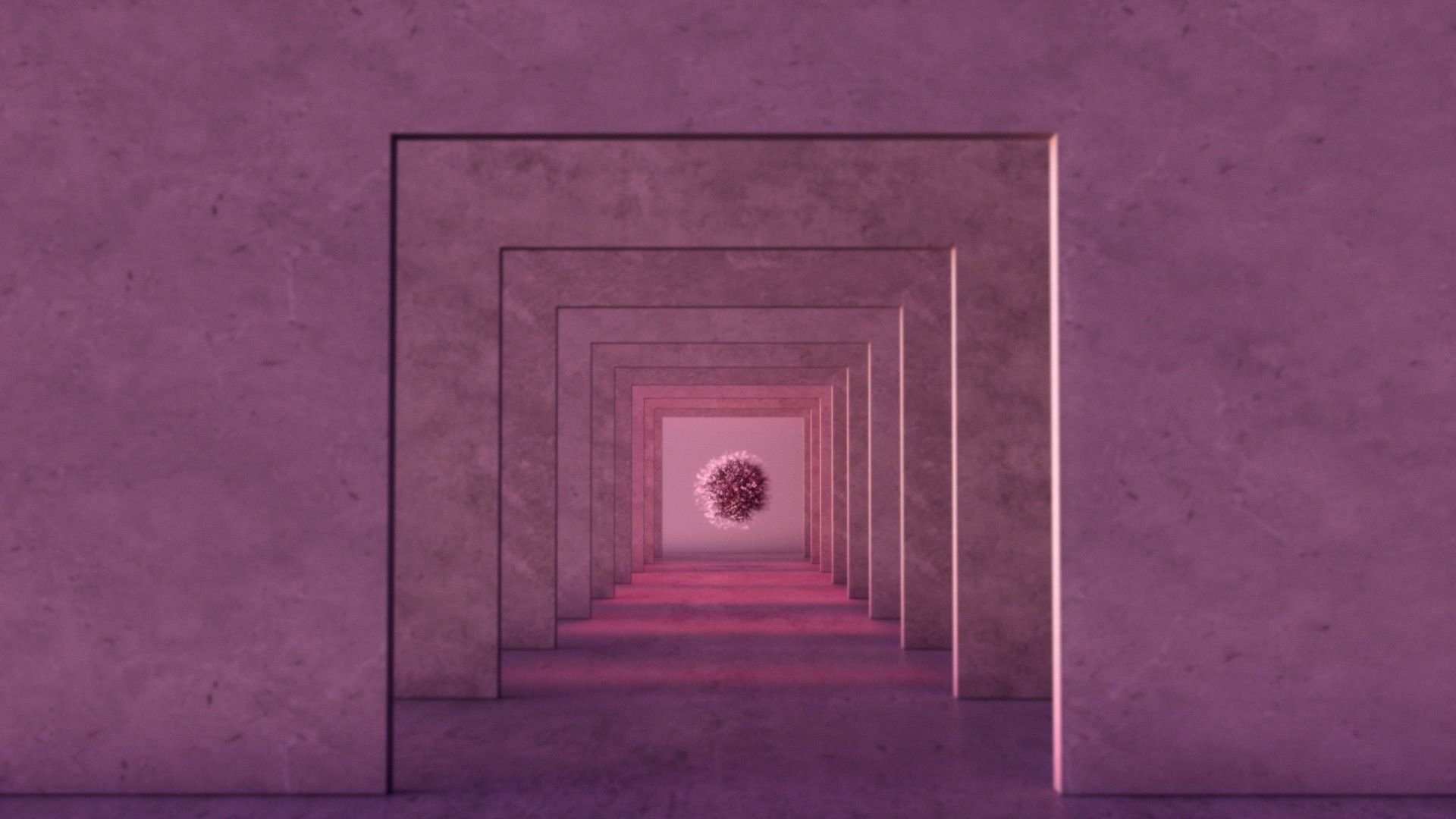 Melbourne International Film Festival (MIFF) always brings with it an incredible selection of short films, representing a whole host of different voices, styles, and genres. I adore short films: these little nuggets of focused storytelling and/or experimentation. There’s plenty on offer at MIFF 2022, though I do tend to gravitate towards the weird and the experimental so keep that in mind as we run through a selection of ten of the best from this year’s festival!

An awkward man-child in his 30s is living with his mother and going nowhere, when finally he lands a dream job; one where he can wear his Fursona costume out in real life. Unfortunately for Felix, his social awkwardness and a terrible relationship with his mother might be the undoing of his dream position.

Weird and wonderful ideas are always so much fun to explore through short films, and Mom’s Cat definitely hits the mark. It’s amusing, whilst also being inventive, tastefully approaching a subculture and finding absurdist humour in its visuals. Mom’s Cat touches on the furry lifestyle, but focuses more on an unhealthy relationship between mother and son, and frustrations mixed with obsessions.

This one definitely comes out of left field, but it can’t be denied it’s a captivating and funny short brimming with this nervous energy. Mom’s Cat is showing in MIFF’s WTF Shorts collection, and rightfully so.

It’s Raining Frogs Outside is a trippy apocalyptic tale of a woman returning to the terrors of her childhood home, whilst the sky opens up and frogs rain down as the end of the world approaches. From the Philippines comes this surrealist exploration of trauma, with a fresh and at times overwhelming approach to visual storytelling.

The visuals leave you off balance: a whole host of styles from twisted almost pop art and an unnerving reality complete with faceless Maya (our singular character), and a barrage of frogs crashing down from the sky. We get 3D models, paper craft, and a plethora of unique shots that explore memory and trauma. Home movies mix in with intricate cinematic shots – the past and the present colliding whilst the future seems wholly uncertain.

It’s an unforgettable experience and a unique look and feel for an apocalypse, but the feeling of an approaching ‘end’ is certainly felt. These are the sorts of fresh ideas and styles that film festivals are great at showing off. It’s Raining Frogs Outside is a part of the MIFF International Shorts collection, showing off short-form works that hit in Cannes, Sundance, and Berlinale.

With a sort of glee and dark humour, Ding forms as a nonsensical little run-in between a strange man and a somehow stranger creature. It’s very short and direct, despite everything feeling off in basically every way, but sticks around just long enough to put out a darkly funny narrative within the confines of a very unsettling world.

Ding has a fantastic sense of style, reminding me a bit of the off-putting hand-drawn style of the game LeftWay. 2D and 3D animation blend in a way that makes everything look just that little bit out of place, running the gamut from unsettling odd characters to basic towering architecture. All this dichotomy only heightens the strangeness, and yet it’s still just such a fun ride.

Ding will be showing in the WTF Shorts collection, because of course it is.

With a name like that, you know you’re in for a great ride. This one coming out of Australia is full of charm and ingenious mixing of mediums. Young telemarketer Neil stuck in a dreary dead-end job starts to notice a few odd things about his workplace; he seems to be taking a peek behind the curtain and seeing that things aren’t as they should be. Then when an ostrich shows up one late night and hints to him that the world isn’t real, the cracks start to grow wider and wider.

An Ostrich… features an intriguing visual setup, with the sped-up process of filming the puppets in the background and the focus being on a camera screen itself where the film is taking place. It’s quite unlike anything I’ve seen before, and when things shift out of the in-universe camera’s view things get even more crazy. There’s this amazing meta-narrative bordering on unsettling at times, but keeping this fun about it. Everything is off, the cracks in Neil’s reality get more and more noticeable to him, and with a great sense of humour alongside it the short keeps itself plenty entertaining.

This stylistic wild ride will be showing during the MIFF Animation Shorts collection.

This unique take on vampires feels like it definitely could be expanded into a full feature-length film, but the short here is a perfect slice of a fresh take on an old narrative. It’s a creative high concept horror: a monstrous vampire epidemic has destroyed a large amount of the human population, but some areas of the world have discovered that their mosquito nets (moshari) act as a barrier against the creatures.

Mosquitos are blood suckers, so mosquito nets keeping out vampires is a fun concept to work with. Couple this with an absolutely terrifying creature design and a high-tension pacing, and Moshari turns out to be a stellar horror experience. The performances of the two sisters are incredible as well, building a relationship that comes to a heated and tense finale.

There’s a strong sense of family, of sibling rivalry, of loss and survival. Moshari gives us a lot in just over 20 minutes, and is certainly one to watch out for. Keeping this sort of energy, director Nuhash Humayun is one to watch as well. Moshari will be showing in the MIFF WTF Shorts collection, though is a lot more grounded than the others alongside it.

Paranoia consumes two brothers after a horse convinces them that they’re each other’s enemy. On board? Of course! The set up perfectly establishes how strange this fantastic little short is. Canadian surrealism sure does have a unique spin to it. The brothers make a living off their farm whilst selling used and broken electronics to make ends meet. That is, until the whisperings of their horse turns their whole world upside down.

Horse Brothers is an experimental film with the style and finesse to back it up, but decides to run the hilarious oddball direction rather than focus on introspection or brooding. Its got its fair share of horror, with some startling vivid imagery and unsettling pacing, but washes it all down with a great sense of humour. Arthouse film at its finest; both maddeningly weird and funny.

Horse Brothers is a part of the MIFF WTF Shorts collection, all these films just hit all the right buttons.

Nowhere To Go But Everywhere

After the loss of his wife in a tsunami, a Japanese man confronts his grief through scuba diving. Nowhere To Go But Everywhere is an elegant documentary about the fallout from intense grief. The figurative and literal depths this man goes to in order to heal, and the love he still holds in his heart. Both tugging at the heart strings, and shining a light on hope.

The terrifying power and serene beauty of nature is put on show, with our character coming to terms with mother nature taking his wife. Nature has this devastating power to rupture, tearing apart the ground and ripping loved ones away. But it also has the power to heal, for life to teem once more. He knows that somewhere deep under the water his wife is waiting, and he has spent years scuba diving in an effort to find her, and to heal.

Nowhere To Go But Everywhere is visually stunning and heartbreaking, but that determination and hope leaves us with a positive feeling. The short will be a part of the MIFF Documentary Shorts collection.

Phlegm is a clever little horror comedy short; a bit of a Kafkaesque trip devoid of dialogue. A man in the daily rush, suited figures walking briskly to wherever they’re needed next. He steps on a snail, is disgusted, but wipes it off and continues. Only to step on another. And another. Snails everywhere, much to his distress, they seem to be appearing just for him under his feet.

It’s a bit gross and squishy, bringing to mind Junji Ito’s Uzumaki on some levels, and with a healthy dose of deadpan existentialism along with its goofy-creepy setup it’s an absolute blast. The payoff at the end is equal parts goofy fun and chill inducing, a very short but very fun experience.

Phlegm will be showing as part of the MIFF WTF Shorts collection.

Creature follows a young couple through a few locations, and primarily in their bedroom, showing a range of emotions from passion through pain. Something lies beneath the surface, that pain forming a creature on the inside. Alongside this the film works in striking surreal imagery that brings this profoundly unnerving atmosphere. Creature explores the mind, and how love can cast away the shadows.

Incredible visuals push the narrative forward, from great camerawork and use of colour, to these otherworldly liminal spaces and solid visual effects. There’s this oppressive atmosphere, heavy summer heat of love, loss, and troubled minds. Outside of a few grounded shots of the couple, vivid imagery flashes across the screen along with beautiful visual effects and haunting visions.

An obtuse short with mind-bending imagery, with an unnerving atmosphere and visceral performance make Creature mesmerizing. It’s avant-garde, experimental, and leaves striking afterimages on the mind. Creature will be showing as part of the MIFF International Shorts collection.

Queer pop star Oliver Sim stars as the main guest on a talk show that quickly descends into nightmarish territory. Presented as somewhere between an old school late night talk program, three-part musical, and disturbing fever-dream, Hideous takes us screaming off the rails and finds a wholly unique space for itself. 80’s dance-pop gone vivid nightmare, a tale of uncanny stardom with a queer lens and just oozing style at every angle.

Stigma and prejudice are touched on through a blood-soaked and progressively more unhinged talk show that leans into camp whilst never losing that unnerving aura. For his part, Oliver Sim doesn’t just bring musical talent, but puts in a troubled performance that radiates heart and darkness equally. A powerful performance alongside a striking and memorable experience.

Hideous is a surprising and incredible short that will also be a part of the MIFF WTF Shorts collection.