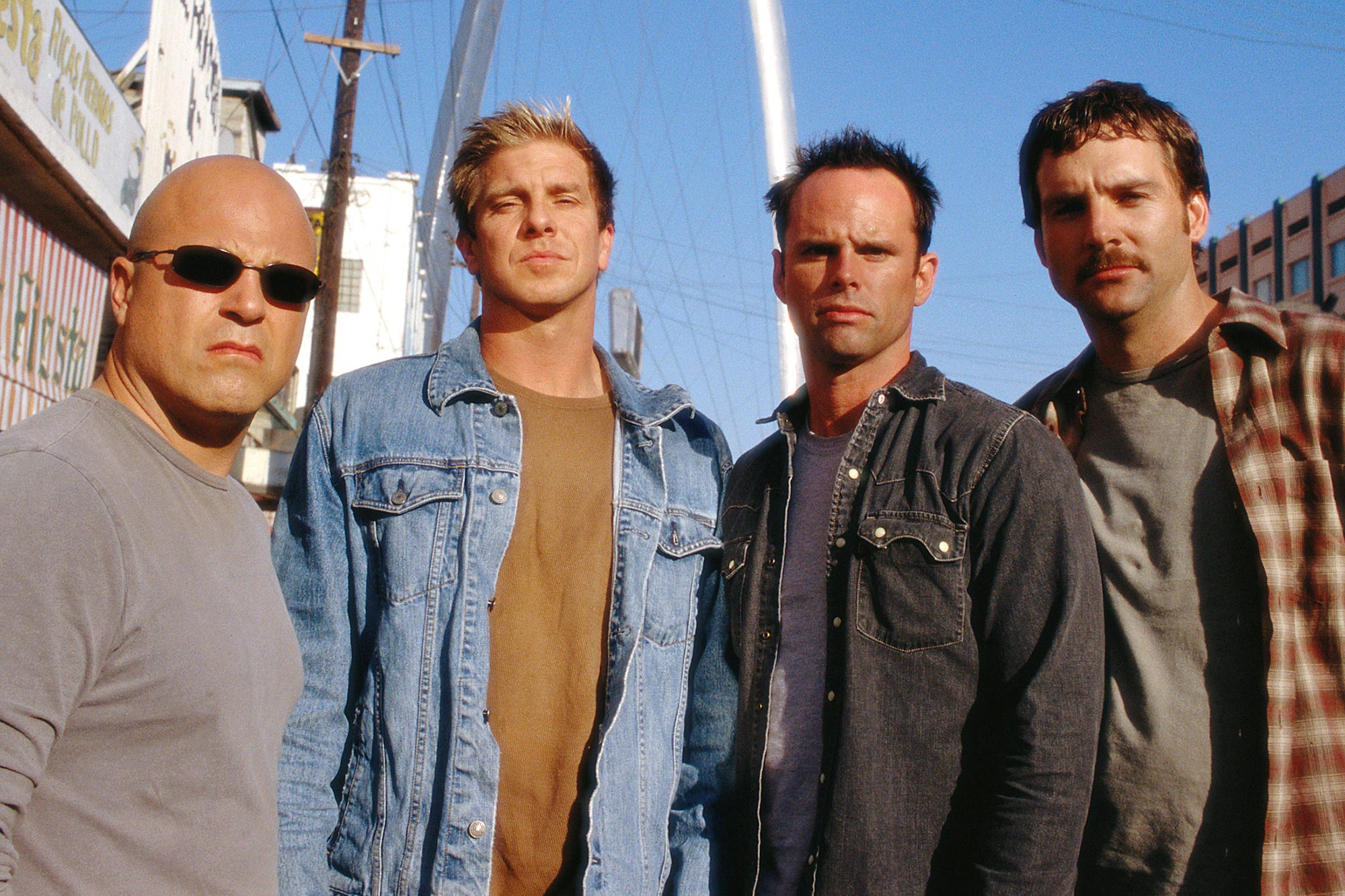 In the early 2000s, television underwent a shift that would pave the way for our current golden age. When we look back on what caused that seismic shift, two shows stand out from the pack: The Sopranos and The Shield. Sharing in common a maturity of storytelling, shocking plot twists, and a “you can’t put that on TV” sensibility, both signature dramas laid the groundwork for where we are at with today’s serialized entertainment.

What makes The Shield even more audacious, though, is its sheer gonzo approach to storytelling in general. Shot in a faux-documentary style like COPS on steroids, The Shield feels like a real-life street movement to match current sensibilities like ACAB and BLM. With police corruption at its very heart, few shows were as prescient or as crucial as this FX drama turned out to be.

Focusing mainly on Vic Mackey (Michael Chiklis) and his special Strike Team, The Shield dialed into the corruption that power yields for high-ranking members of law enforcement. From its shocking first episode, in which the team murders an IA informant, to its soul-shattering series finale, the police drama exposed the police to a grim and brutal light.

However, what made it even more interesting was the nuance that came along with this focus. Many of the officers and detectives at this Los Angeles precinct genuinely want to do good but are struggling with how to accomplish their tasks. Take Dutch and Claudette, the homicide team. While both have an intuition for the murder rap, Dutch finds himself wading into the abyss in hopes of understanding his prey all the more.

Then there are Julian and Danielle. Playing the role of street-level cops, the two must balance their idealistic reasons for becoming police officers with the harsh reality of daily law enforcement. While Danielle folds into this role better, Julian, a religious black and closeted gay man, regularly struggles with the hypocrisy and moral degradation that his job takes on him.

Finally, The Shield focuses on the highest level of the police with David Aceveda. A complex figure with political aspirations, Aceveda must trade in his integrity at every avenue of growth and influence to achieve his increasingly lofty goals. He also experiences one of the only male-on-male sexual assaults in television history, a traumatic event that affects him for the remainder of the series.

It’s shocking turns like these that make The Shield feel so unique, particularly for its time. The streets of any city can appear grim and grisly, but the flophouses and back alleys of this crime drama come with an extra level of grime and grit. Only The Wire comes as close to making you feel the unwashable moral dirt of a city and this factor often makes The Shield an uncomfortable watch.

Still, the variation in storytelling, going from the bottom of the police department all the way to the top, helps to give this discomfort and harshness a bit of breathing room from time to time. Of course, it also helps that The Shield features incredible performers like Michael Chiklis, Walton Goggins, Jay Karnes, CCH Pounder, and even Glenn Close. Convincing portrayals from actors of this caliber help to ground us even more in the world of the show, on top of its documentary style.

While The Shield isn’t talked about as often as shows like The Wire and The Sopranos, it deserves just as much praise and credit for helping to advance television and get us to where we are today. If you missed the boat on this show, it’s well worth watching even 20 years later.