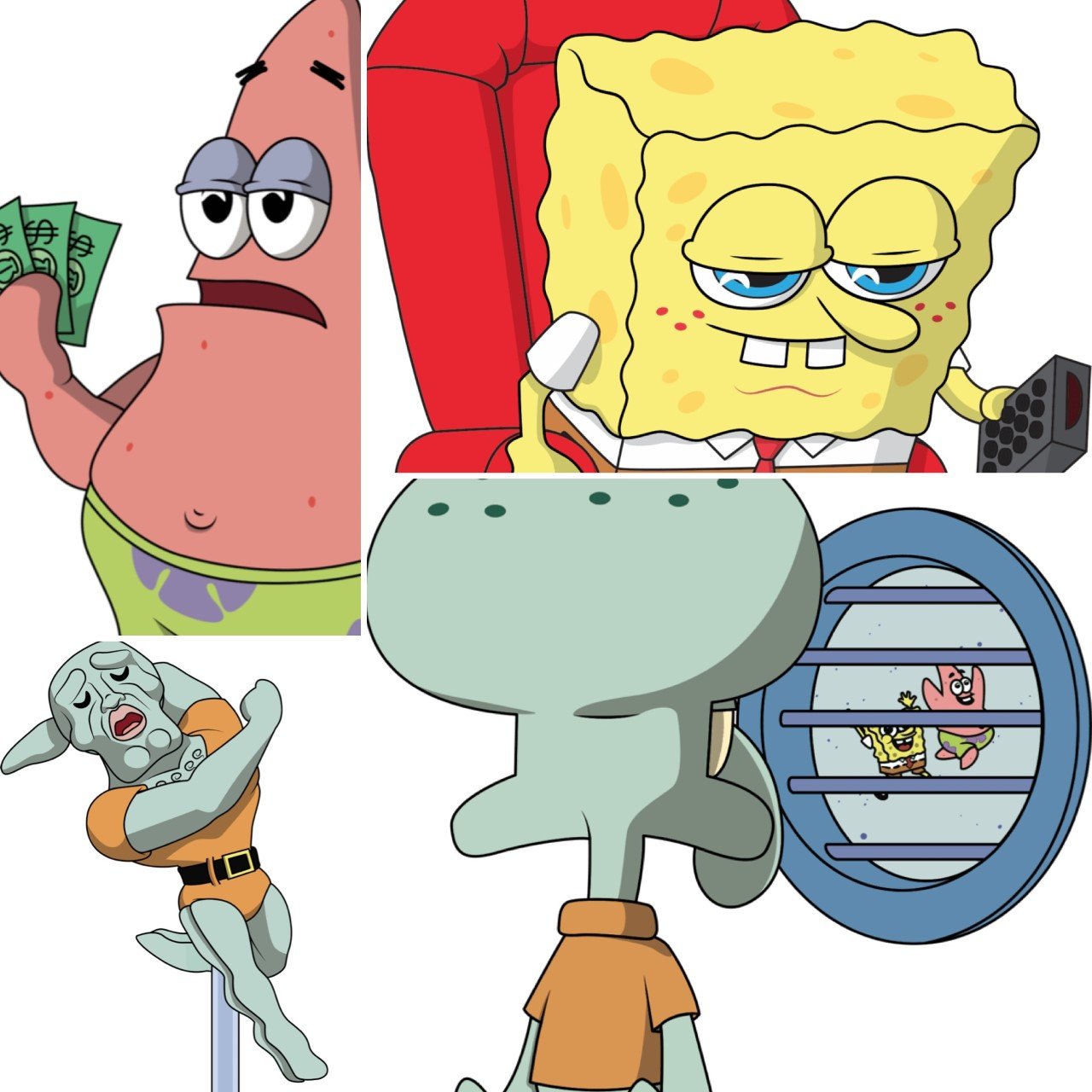 We are all partial to a high quality meme now and then but some of us are more invested in their meme content then others. If you find yourself to be one of those people- and if you’re also a fan of the cartoon Spongebob Squarepants– then you might be interested in these upcoming vinyl figures from Youtooz based upon four specific memes from the Spongebob series.

The four meme figures that Youtooz are releasing are the “Aight, I’mma Head Out” Spongebob meme, the “Inside Squidward,” the “Handsome Squidward” and the “I Have Three Dollars Patrick”. Spongebob is one of those shows that many of us grew up with as kids- myself included (I remember bringing a Spongebob plushie with me to London on my twelfth birthday) – but now that we are all ridiculous adults, we can see the show for the bountiful meme potential that it holds. One thing that is for sure is that the show has plenty of it, leading to ten tons of comedy gold related to Spongebob Squarepants online including these particular memes that have now been immortalised in vinyl figure form.

Have a look at each of the figures below along with their descriptions from the Youtooz website.

All Images Courtesy of Youtooz

At 3 inches in height, this is SpongeBob’s introduction to the Youtooz universe. Perfect on a desk, this designer collectible is sculpted to show SpongeBob standing up from his red and white chair, looking slightly downward while holding a black TV remote control with his left hand. Although he’s usually joyful, SpongeBob’s expression in this scene conveys that he is done with what he’s watching. SpongeBob wears his usual uniform complete with a white collared shirt and red tie, and of course, brown square pants. His double-walled window box includes drawings of SpongeBob’s living room.

Standing at 4 inches in height, Squidward is now a Youtooz collectible! Wearing his classic collared shirt, Squidward stands inside his home, peaking through the blinds at the fun outside. This image comes from the SpongeBob Episode “That Sinking Feeling” and has grown to become a phenomenon on the internet which people share to express the feeling of watching others have fun while you aren’t able to participate. Squidward’s sleeve is beautifully illustrated using elements from the SpongeBob theme. His double-walled window box includes a drawing of the interior of his house, a picture frame and Squidward looking out the window. The interior of the packaging includes a blue background.

Standing 4.7 inches tall, Handsome Squidward is the beautiful alternative face of Squidward Tentacles, after being slammed with a door numerous times by SpongeBob. He is sculpted with a bodybuilder’s physique, wearing a tight outfit with a black belt. He is modeled while falling, with eyes closed and mouth open. This figure is held up by a small stand. His double-walled window box includes drawings from outside the Krusty Krab.

I Have Three Dollars

Standing at 4 inches tall, Patrick Star joins the Youtooz universe all the way from Bikini Bottom. Sculpted with a rounded bulging belly, slightly protruding belly button and wearing his usual shorts, Patrick holds 3 green dollar bills in his hand. This scene became an internet meme which let people express their lack of money in certain situations. His double-walled window box includes illustrations of marine scenery and a scene including Mr. Krabs.

I Purple You: An In-Depth Look at BTS’s Fans and Their Stories- Part Five