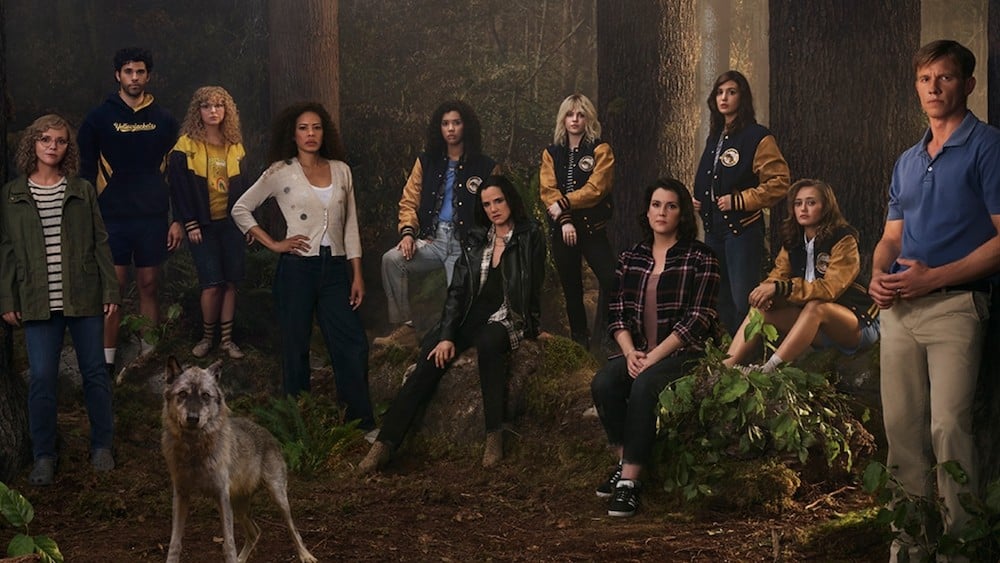 Yellowjackets took everybody on a ride for 10 weeks. Viewers have a lot of questions, especially after the finale revealed Lottie (Courtney Eaton as a teen; no adult cast yet) is still alive and has a proper cult to help her out with kidnappings. What do viewers want to see in season two? Audience members want some questions answered, some new cast members, and characters taking on new roles.

What happened to Javi (Luciano Leroux) after Doomcoming? Like Jackie (Ella Purnell), has he frozen to death in the woods? He must have, considering he’s been missing for at least one whole night and day. It’s pretty odd that everybody, especially Coach Ben (Steven Krueger), isn’t looking for Javi. Maybe this is the repercussion of an editing or story mistake; the showrunners forgot to show Javi was found. Fine, but they need to address it somehow in the first episode of season 2.

Over the course of season one, viewers saw the genesis of the Antler Queen and her cult. Lottie is joined by Van (Liv Hewson) and Misty (Samantha Hanratty) in the finale. There are at least eight members of the cult, so who are the other five? Maybe they’re some of the other women viewers met as adults in the present timeline. I don’t think it would be a good idea to reveal every person under the animal skin hoods by the end of season two. If the showrunners are smart and map out what’s going to happen over a certain number of seasons, then dole out the cult member reveals. Bottom line – there definitely needs to be one to two reveals next season.

Jackie was the necessary oppositional force in season one. A sort-of villain, but not really. Jackie sucked at survival skills (it’s why she’s dead), couldn’t be bothered to learn said skills, read other peoples’ diaries, and slept with Travis (Kevin Alves). She’s also a broken-hearted betrayed teenage girl going through a traumatic event in the wild. Somebody needed to suck to push the story forward though and Jackie was the ideal character for season one. There needs to be a different so-called villain for season two. Lottie might be a good option considering she’s becoming a cult leader and cult leaders are bad. Hard stop on that one.

Finally, there needs to be some more confirmation about whether the group starts eating each other. As viewers have pointed out, the scenes in the show’s premiere could have just been smartly edited so that the assumption of cannibalism is there. It’s time to really lean into the cannibalism. Or not. But a lane must be picked.

The number one question that needs an answer. Who else is still alive and survived the wilderness? Thanks to the last 5 minutes of the finale, viewers know that Lottie is alive and has a new cult of followers who kidnap people. I don’t think Coach Ben lasted, but a few of the other characters must have survived. Jessica (Rekha Sharma) pointed out that a few of the survivors live off the grid and are hard to get a hold of, which implies that it’s more than just Lottie.

The most important and invigorating part of the present timeline is the dynamic between the core women: Taissa (Tawny Cypress), Shauna (Melanie Lynskey), and Natalie (Juliette Lewis). It’s their relationships to each other, their individual and collective trauma, and how they process it, that really makes the show something beyond good and approaching television greatness.

It’s time to meet Adult Lottie. Rumors are circulating on the internet about who will play her. In a Vulture interview, Courtney Eaton pointed out that she’s part Asian and part Islander when discussing who she wants to play Adult Lottie, implying that she wants someone with a similar heritage to play Adult Lottie. Personally, I like the Shannyn Sossaman rumor. Sossaman is another 1990s star and is part Hawaiian-Filipino.

The showrunners are adamant that everything that happens in season one could be explained in a rational way. The viewer gets to decide if there is a supernatural element at play or everything happening is due to trauma, psychotic breaks, coincidences, etc. Personally, I don’t want it clarified. If the show is done well, I don’t think I ever will. The best show of all time, The Leftovers, straddled that line perfectly. Some other people at Tilt think a choice needs to be made. We’ll see if we get answers about this in season two.