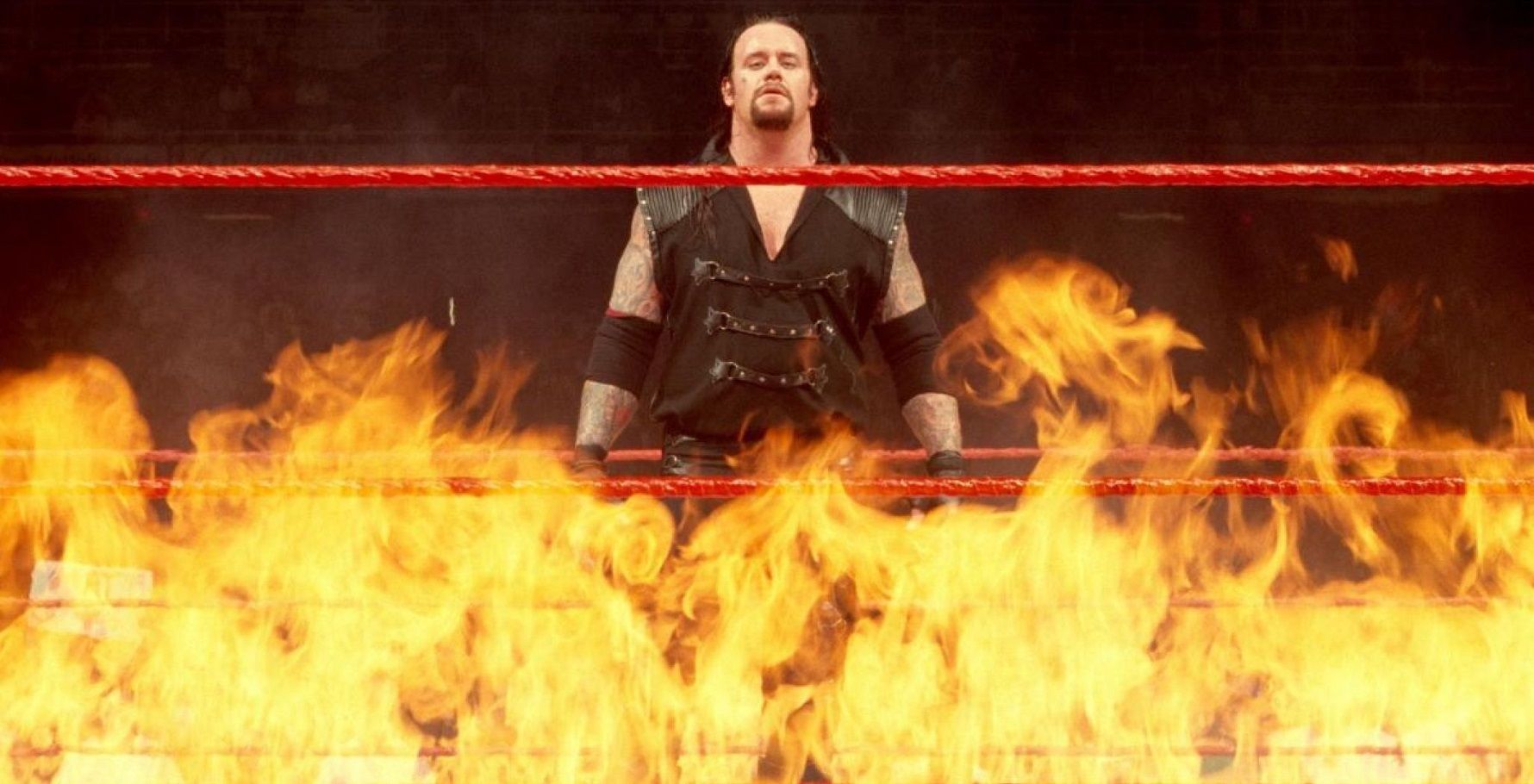 The 1998 Royal Rumble was the eleventh entry in the annual pay-per-view event. It took place on January 18, 1998, at the San Jose Arena and is remembered best for two things: Stone Cold Steve Austin winning his second Royal Rumble by eliminating The Rock– and the thrilling Casket Match between Shawn Michaels and The Undertaker for the WWF World Heavyweight Championship.

Unfortunately, it is also remembered as the match that temporarily ended the career of Shawn Michaels.

It was ‘The Last Outlaw’ Undertaker versus Mr. WrestleMania a.k.a. The Main Event a.k.a. The Heartbreak Kid a.k.a. The Showstopper. After costing him the Championship in a match against Bret ‘The Hitman’ Hart at Summerslam 1997, The Undertaker was out for revenge.

Shawn Michaels was the champion heading into the match, and he was also the favourite thanks to ample support from his fellow Degeneration X members Triple H and Chyna standing ringside.

Undertaker and Michaels had previously met in an outstanding match at Ground Zero: In Your House before going on to star in the first Hell in a Cell where Undertaker beat the hell out of Shawn, only to lose in the end no thanks to Kane interfering. This time around, however, Kane and Undertaker were now on good terms— or so we thought.

Needless to say, expectations were high for this one!

Despite his age, Shawn Michaels was in the prime of his career, and every one of his matches with The Undertaker during this era became legendary. Unlike many other rivalries in WWE history, every time these two men went toe-to-toe in the center of the squared circle; fans knew they were in for something special.

The match itself isn’t necessarily their best work but it’s arguably the best Casket Match ever and it culminated with a truly unforgettable ending that had many fans glued to their seats.

The Undertaker controlled most of the match despite the constant interference from Triple H and Chyna, which in retrospect makes sense since early in the match, Shawn Michaels herniated two disks in his back and completely crushed another after receiving a back body drop on the side of the casket. Being the champ that he was, Michaels continued to wrestle, and Undertaker eventually began to lose his dominance as things moved outside of the ring with Michaels delivering a piledriver on top of the steel steps. Following a high-flying elbow drop and Sweet Chin Music, Shawn Michaels seemed to have the match finally in his control but as all good heels do, he blew the opportunity to seal the deal and instead chose to taunt his opponent, giving Taker enough time to recuperate.

The rest of the match saw the two men go back and forth, rolling in and out of the casket and delivering their respected finishers. Eventually, the two men made it back to the ring where Undertaker gave Shawn Michaels a chokeslam before dragging him to the edge of the ring and hitting a jumping tombstone piledriver into the casket. The match looked to be over but before Undertaker could close it, the New Age Outlaws and Los Boricuas ran in and collectively pummeled Undertaker until the lights went out in the arena. Kane’s music played and the Big Red Machine made his way to the ring to save the day.

Kane instead turned on Undertaker, and choke slammed his own flesh and blood into the casket thus allowing Triple H and Chyna to shut the lid, and end the match.

As mentioned above, the match itself isn’t the best match we would see from HBK and The Phenom but in my eyes, they are two of the ten greatest superstars in WWE history and even their worst match is still far better than 90% of the other matches the WWE offers. But what really made the night memorable was the ending!

With the Undertaker trapped inside, Paul Bearer came to the ringside carrying giant padlocks and with the help of Kane, they locked the Undertaker inside the casket and proceeded to roll it to the top of the entrance ramp where Kane took an axe and began to dispatch the coffin before dousing it with gasoline and setting it on fire. And the entire time, Undertaker was supposedly inside.

If you were a young fan watching at the time, the ending of this match might have given you nightmares. It was like something straight out of a horror movie and it was an ending everyone was talking about for months.

As we watched various emergency officials extinguish the fire, Commissioner Slaughter and others desperately tried to break open the casket to free Undertaker. And when the casket was finally wedged opened, Undertaker was nowhere to be seen.

The match itself is historically significant for many reasons. It was the match that forced Michaels to take an extended hiatus due to a legitimate back injury and it also marked the last time Undertaker wrestled Shawn Michaels before their historic WrestleMania XIV match. Meanwhile, Kane’s interference set up an ongoing rivalry between the brothers of destruction. In the end, the 1998 Royal Rumble Championship Match delivered a great story complete with stellar performances from everyone involved.