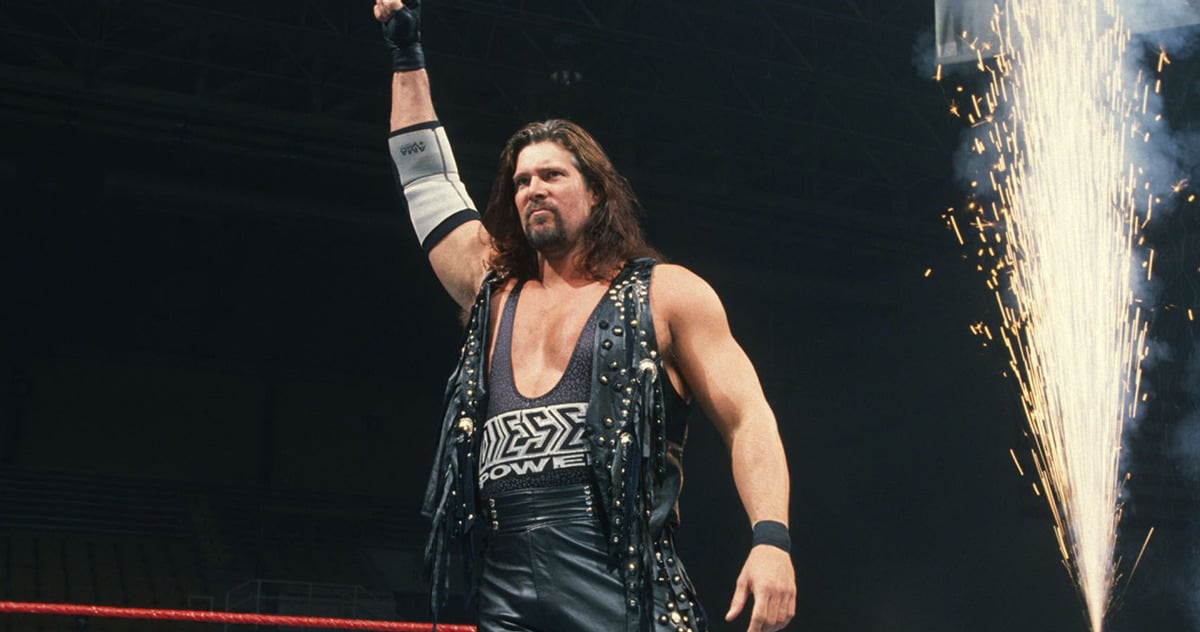 The 1995 Royal Rumble was the eighth installment of the annual pay-per-view. It took place on January 22, in the USF Sun Dome located in Tampa, Florida and is remembered most for two things: Pamela Anderson’s one and only appearance in the WWE ring and Shawn Michaels becoming the first wrestler to win the Royal Rumble after entering first. But aside from that the iconic, game-changing ending in which Shawn Michaels dangled on the ropes, barely hanging on, before pulling himself over and eliminating the British Bulldog— there was another great match that is often overlooked.

It was the first WWE Championship defense of Diesel and it came against the face of the company, Bret ‘Hitman’ Hart.

The storyline behind the WWF World Heavyweight Championship match began in 1994, when Bob Backlund with the help of Owen Hart, beat Bret Hart for the championship at Survivor Series. Three days later, Bob Backlund was scheduled to defend the title against Bret Hart at Madison Square Garden only on the eleventh-hour, Hart was replaced by Diesel. Despite spending most of the evening protesting the last-minute change in the card, Backlund was forced to square off against Big Daddy Cool who defeated Backlund in a nine-second match to win the World Title.

With Bret Hart looking to recapture the title, a match with Diesel was then scheduled at the Royal Rumble. It was a rare instance of two babyfaces assigned to compete against each other with the audience having to choose sides.

Unfortunately, the match ended in a controversial fashion, but not without its share of drama and plenty of highlights.

Diesel’s match with Bret Hart was a pivotal moment in his career. Not only was it the first time he had to defend the WWE Title on a PPV, but for someone who was often criticized as being over-rated, this match proved that with the right competition, Diesel could put on a great match while also telling a great story.

It was a face vs. face, but Hart played the de facto heel for much of the match, going so far as slamming a chair on Diesel’s back and taking advantage of his injured knee by applying the figure-four leglock twice. The match itself lasted a good 28 minutes with plenty of finishers including Diesel’s Jackknife powerbomb and of course, Bret Hart’s signature Sharpshooter. It was physical; it was exciting, and it was an example of great storytelling thanks to the ongoing interference.

First, Shawn Michaels came out and attacked Diesel. After being thrown out of the ring, fans anticipated the referee would disqualify Bret Hart and end the match — only instead, the ref ordered it to continue. After a back and forth brawl, Hart hit the Sharpshooter on Diesel’s injured leg but before Big Daddy Cool could tap out, Owen Hart ran in and attacked Bret from behind. And just like before, the referee cleared Owen out of the ring and ordered that the match continue, causing the fans in the arena to explode in cheers.

While the match isn’t as notable as the Survivor Series fight between Diesel and Bret Hart, it’s still a genuine classic and one of the best matches of Kevin Nash’s career. With the help of Bret Hart, Kevin Nash had risen again and delivered a performance for the ages.

The match, however, would end in disappointing fashion. After the referee was knocked unconscious, Shawn Michaels, Jeff Jarrett, The Roadie, Owen Hart and Bob Backlund all came out to attack Bret Hart and Diesel. Realizing he had lost full control of the match and could no longer officiate due to the constant interference; the referee officially ended the match and rang the bell. In the end, it was ruled a draw and Diesel retained his championship.

Despite the interference, the match itself lasted a good half hour and featured two stellar performances by Bret Hart and yes, Kevin Nash. It was just another example of how with the right opponent, Kevin Nash could really work the ring and whatever mistakes and turmoil led Kevin Nash to the WCW, whatever demons that plagued him – you can’t forget that at one point in time, the man was at the top of the WWE.

All in all, the Championship match was well choreographed; perfectly scripted and packed with non-stop action from beginning to end.

Appreciation of Jake “The Snake” Roberts