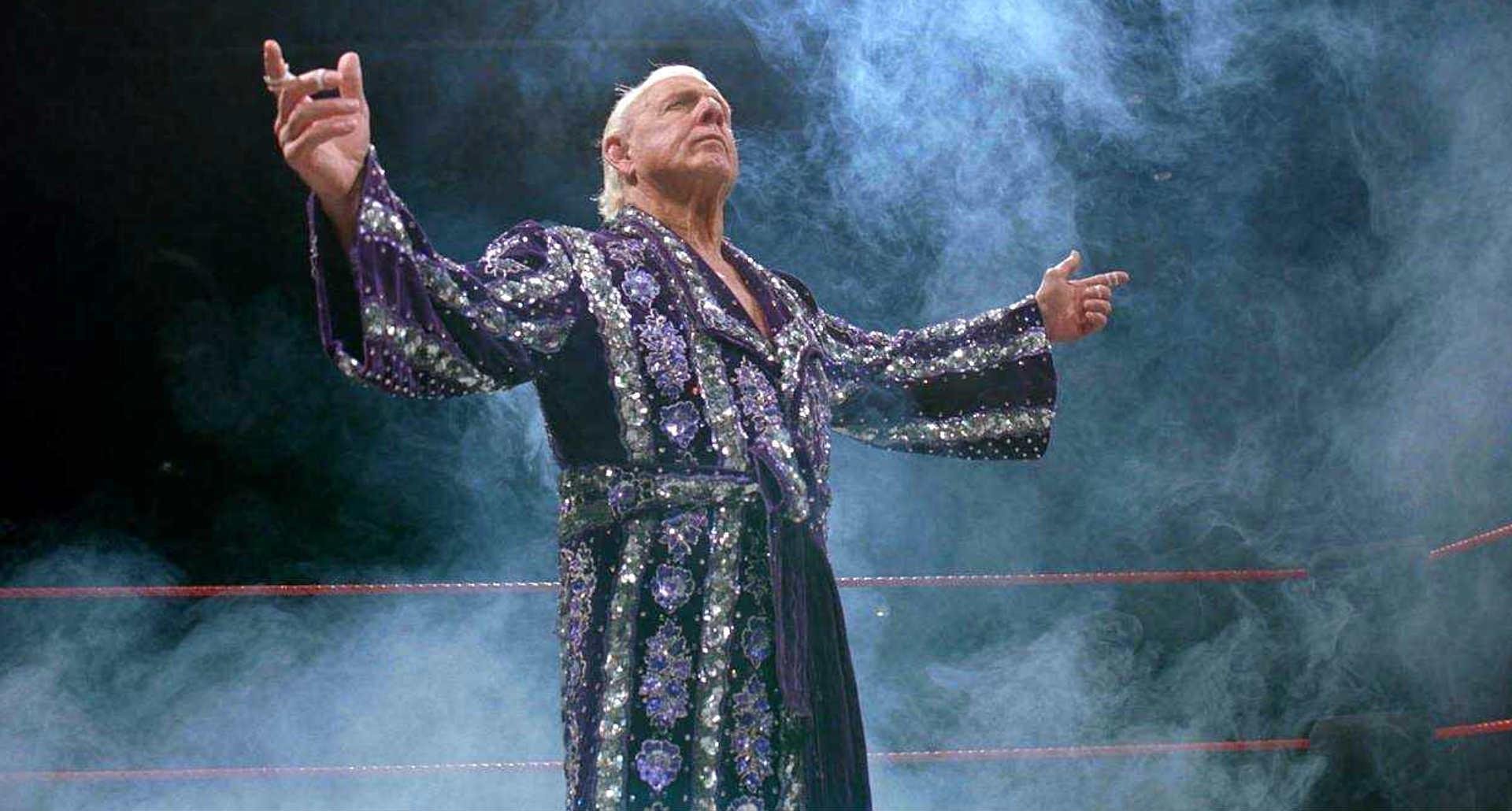 Back in November of 2017, ESPN broadcast Nature Boy, a film about legendary pro wrestler Ric Flair. It was the first documentary in the 30 for 30 series that was specifically about professional wrestling.

Produced with the cooperation of Flair, as well as WWE, Nature Boy wasn’t afraid to get dark and warts and all. While there was a lot of burnishing of the Flair reputation and legend, among the key takeaways were that wasn’t a particularly good father to his several children, nor a good husband to his many wives- and that he has the unfortunate habit of exposing himself to people frequently.

The sexual misconduct side of the story was brought into further view last year when Vice’s Dark Side of the Ring did an episode on the “Plane Ride From Hell,” which detailed the not-exactly-new allegations that Flair sexually harassed women on that infamous 2002 flight- and made clear that Flair went completely unpunished for those transgressions.

Now, just five years after the 30 for 30, we have another Flair documentary, also with Flair’s cooperation. It’s called Woooooo! Becoming Ric Flair.

Why another Flair documentary so soon?  The director of the ESPN version, Rory Karpf, said at the time that two previous versions of the doc — “straight biography and an overtly ’80s-themed version” — were nixed by ESPN, so they went with the examination of the now 73-year-old Flair’s persona. So there are indications that production was bumpy.

The new documentary is on Peacock, which is the home of WWE Network, and while it has Peacock and not WWE branding, it’s a WWE production too. WWE is promoting the documentary heavily, even though Flair, as of last year, is no longer formally under contract with WWE. “I’m thrilled to have partnered with WWE & Peacock to produce the most accurate depiction of my life to date, & hope audiences enjoy the ride,” Flair was quoted as saying.

There have been developments in the last five years, including Flair’s discovery of his birth parents, his latest remarriage, and his near-death experience in 2019. The film begins with Flair revealing that when he was adopted as a baby, it was likely a “black market” adoption.

The director is Ben Houser, who is listed as an executive producer of WWE Network documentaries, while Tom Rinaldi is Flair’s interviewer.  The film, to its credit,  doesn’t feel especially like a 30 for 30, like an A&E WWE biography, like a WWE in-house production, and certainly not like a Dark Side of the Ring.

The Peacock doc, like the ESPN one, is built around one-on-one interviews with Flair, along with lots of archival footage and plenty of talking heads. While biographer Keith Elliot Greenberg talks more than any non-Flair talking head, others include the eclectic likes of Triple-H, Mike Tyson, Post Malone, Stephen A. Smith, and Ron Artest.

Neither documentary spends much time on Flair’s most famous matches, storylines, or feuds, but the Peacock doc speeds through Flair’s 40-year career in just under two hours. His 60-minute stand in the 1992 Royal Rumble, which Flair is shown calling “the greatest moment of my life,” is dealt with in about three minutes.

More time, for some reason, is treated to Flair’s falling out with WCW in 1998, when he no-showed an event. But a longer segment is devoted to Flair’s famous retirement match against Shawn Michaels at Wrestlemania in 2008 when he was 59 years old.

There’s a long section in the new film, much like the ESPN one, about Flair’s son Reid, who died at age 25 in 2013. This one, though, leaves out the part about Reid going for a WWE contract, Triple-H refusing due to failed drug tests, and Flair trying to overrule him.

The Peacock documentary is not quite a pure puff piece. There is some warts-and-all stuff, as Flair makes clear that he always spent way more money than he had, reveals severe bouts of heavy drinking that have continued despite his recent brush with death, and admits that he is “addicted” to women. (He also says he’s been married four times, although most biographies list five wives- does one of them not count for some reason?)

But there is, alas… not a peep about the sexual misconduct allegations, aside from Flair vaguely alluding to mistakes he’s made in his life. Sure, it might be awkward for a WWE-connected project to bring up a subject in which they could be facing legal liability, especially in light of the circumstances behind Vince McMahon’s recent departure from the company. But it’s a pretty big part of the story to not address, especially considering that the Vice documentary was just a year ago.