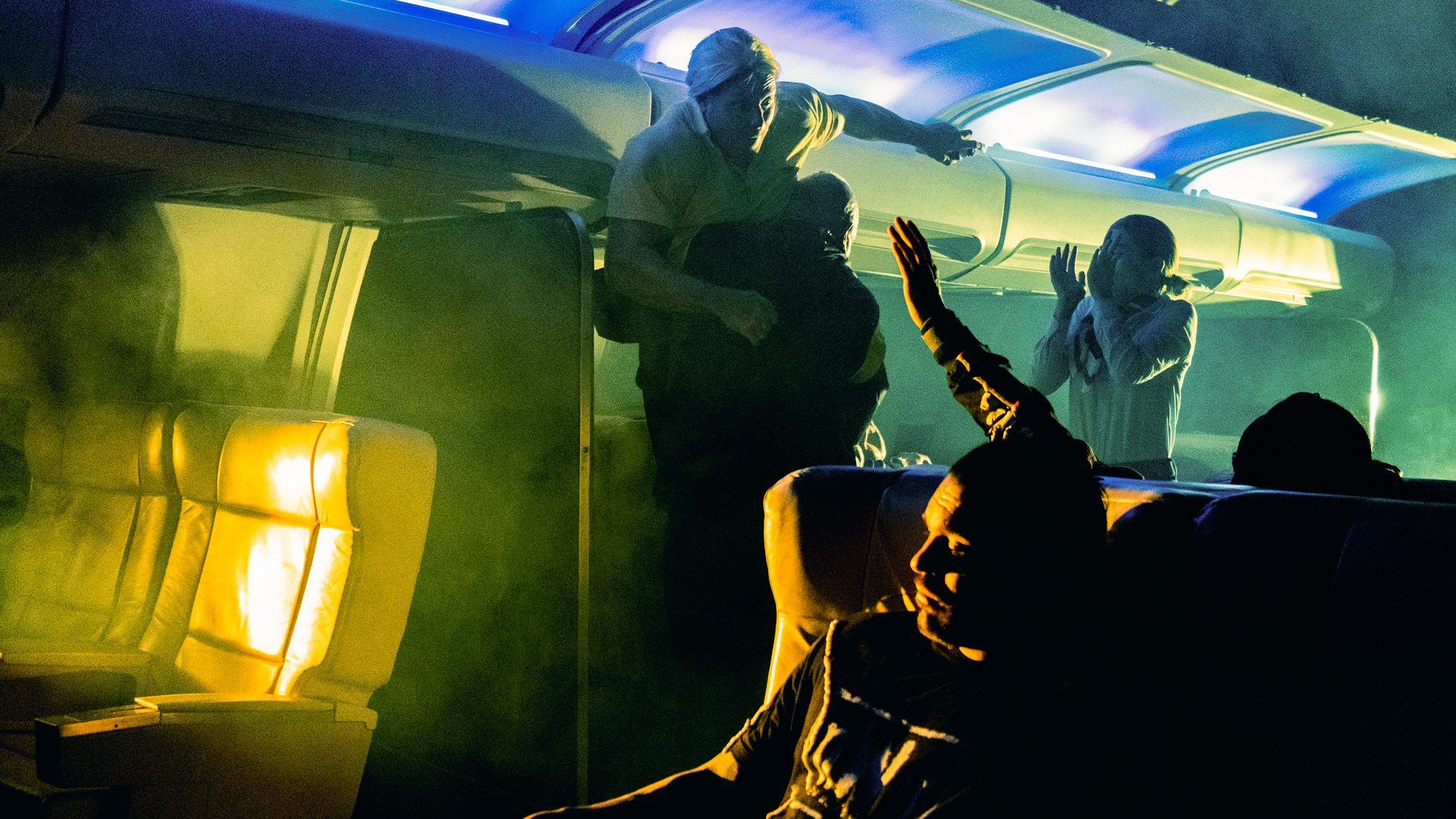 Dark Side Of The Ring: “The Plane Ride From Hell”

Vice’s Dark Side of the Ring returned from a months-long hiatus Thursday night with “The Plane Ride From Hell,” a look at the notorious 2002 incident in which several WWE performers caused a wide variety of drunken mayhem on an international private jet flight.

The airplane incident was a big deal at the time, leading to the firings of the likes of Scott Hall and “Mr. Perfect” Curt Hennig, and punishment for Dustin “Goldust” Rhodes, although Ric Flair essentially got a pass. Through the lens of time, and #MeToo, it looks even worse now.

Using such talking heads as Jim Ross and Tommy Dreamer, as well as one of the flight attendants who were there on that long and terrible flight, the Dark Side of the Ring episode goes through the story of what happened on that night in May of 2002.

After an hours-long delay which the wrestlers spent drinking, the flight was plagued by a series of bad incidents, including Ric Flair exposing himself to various people on the flight, including female flight attendants. Flair’s propensity for doing so was already well-documented in the Nature Boy 30 for 30 documentary a few years back, but it doesn’t seem to have hurt his career in any way.

Michael Hayes’ ponytail got cut off, and even Brock Lesnar is accused of sexual misdeeds.

WWE quickly settled the resulting lawsuits, and made those suspensions and firings, although Hall, Hennig, and Flair all became WWE Hall of Famers after the plane ride happened. Mr. Perfect may very well have returned to the company, had he not died within a year of the incident.

The plane ride followed the WWF Insurrection event, which happened to have been the last the company ever held under the name WWF, before officially changing its name to WWE that week. But the plane ride and the reaction to it helped put away the last vestiges of the Attitude Era.

In the documentary, there’s an incredible moment in which Jim Ross- who at the time was essentially the head of HR for the company – laments that Flair got away with bad acts. The Dark Side interviewers, who don’t typically jump in and ask questions on camera, then ask him why WWE [i.e., Ross himself] let Flair get away with it. The answer? He’s a “made man.”

Tommy Dreamer comes across especially poorly, using his time on the documentary to defend the misconduct and call out everyone else for being too easily offended, and compared those who objected to Flair nonconsensually waving his penis at a flight attendant to someone hypothetically being bothered by Dreamer’s ponytail.

The episode is mostly in line with the style of past Dark Side installments. As usual, it would have been better with another half hour of running time, and the re-enactments look silly and shouldn’t have even been used.

One of the better things about Dark Side of the Ring is its ability to tell stories WWE doesn’t want to be told, and a willingness to make WWE look less than great. This is certainly an example of that- and this one, more than most, seeks to hold the company to account for their reaction to one of their most embarrassing episodes.

The Wonder Years Pilot is one of the All-Time Greats

ESPN’s Once Upon a Time in Queens Revisits the Notorious 1986 Mets, with Mixed Results