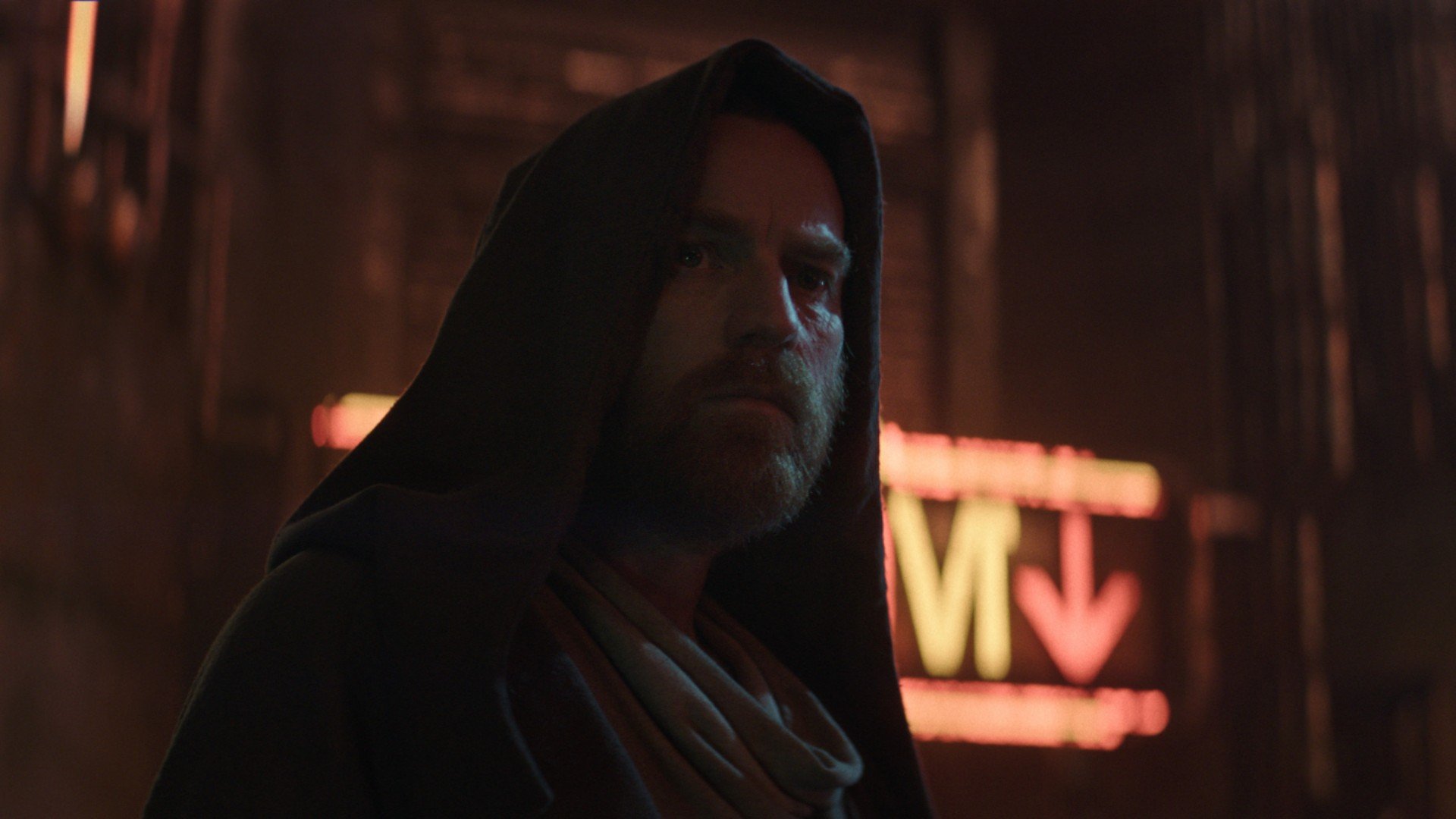 After its first episode set up the titular hero’s torment and perceived responsibility to keep watch over Luke and Leia, Obi-Wan Kenobi’s second episode begins setting up more of the narrative that seems to be propelling the show forward. However, despite its best intentions, Part II of this six-part series more often than not feels like it’s haphazardly filling in gaps as opposed to exploring that grief and pain that torments Obi-Wan.

Now having traveled from Tatooine to the seedy planet of Daiyu, Obi-Wan reluctantly takes on a rescue mission to save Princess Leia at the behest of Senator Bail Organa. His reluctance, seemingly only stemming from the fact that he’ll likely out himself as a Jedi, feels superficial though as the only two characters he seems to have any interest in helping is Luke and Leia – but for some reason, when one of them is in trouble he’s conjuring up rationalizations for not helping. Perhaps it’s fear of letting Luke out of his sight, but Luke’s guardian, Owen, proved in the premiere that his allegiance lies in keeping Luke safe.

Regardless, now Obi-Wan must try and save Leia from the bounty hunters who took her and are currently hiding deep within Daiyu. With its neon-soaked streets and unsavory characters, Daiyu is quite clearly a dangerous place for anyone, but thanks to the setting it also comes closest to replicating the best moments in the prequel trilogy: Obi-Wan Kenobi as a detective. Hindered by having to keep his Jedi powers secret, Obi-Wan begins a journey through Daiyu in order to rescue Leia.

Unfortunately, Daiyu doesn’t ever feel fully realized. It’s a city with shady operations going on, but there are very few encounters with people residing in Daiyu and large swaths of the episode are just Obi-Wan and Leia running. The episode also culminates in them leaving Daiyu, meaning there is little chance of encountering anyone from the planet again, including the only character Obi-Wan meaningfully interacts with: Haja Estree (Kumail Nanjiani).

While clearly intended to be comedic relief, Haja serves a few purposes in the show. Most notable is that there is still a need for Jedis in unsafe places, and even though Haja pretends to have Force powers to make a quick buck, the people he is conning are desperate. However, so is Haja who is willing to pretend to be a Jedi in order to make money – a deadly role to presume since there are Inquisitors roaming the universe and systematically killing Jedi. Haja also exemplifies the responsibility to do good that Obi-Wan is supposed to uphold as a Jedi, baffling Obi-Wan when he offers to assist in escaping Inquisitor Reva.

This episode also further cements Reva as a threat to not only Jedi but also her fellow Inquisitors. Though her plan to flush Obi-Wan out of hiding works, it also brings ire upon her from the Grand Inquisitor, culminating in a stern talking that ends horribly for him. There’s a selfishness that seems inherent to the role of Inquisitor that will likely be the Third Sister’s downfall just as much as it was the Grand Inquisitor. It’s a shame that it happened so soon for Rupert Friend’s character as his final scene was the first time it felt like he was having a bit of fun in the role.

Perhaps the biggest question is what exactly is motivating Reva to focus all her attention on killing Obi-Wan. A new character that the show obviously wants to make a big deal with her unwavering rage, Deborah Chow has significant work still ahead in order to make killing your colleagues and being genuinely bad at following orders a meaningful character trait. Of course, when you’re under the orders of Darth Vader it makes sense to do whatever is necessary to complete your objective, but it doesn’t give a character depth which is the problem that Moses Ingram seems to be having to trying to flesh out a character through the performance without the aid of writing.

Speaking of bad writing though, Part II of Obi-Wan Kenobi is completely uninteresting so far with its Leia and Obi-Wan dynamic. A precocious child who won’t stop complaining to her savior and basically aggravates Obi-Wan until finally she almost dies and he’s forced to reveal his Jedi powers (something that seems silly to hide by that point since he’s already being chased by an Inquisitor). The second episode is purely an escort mission that’s intended to begin laying the groundwork for a stronger relationship between the Jedi and Princess, but instead, it’s cloying and relatively unimpressive.

Tonally, Part II also finds very little balance compared to the previous episode, instead, injecting comedic bits and quips throughout and taking the darker tone that the opening episode suggested and betraying it. A weird choice when you’ve decided to have a child taken hostage on a planet overrun by bounty hunters and smugglers. It’s what makes the series start to feel like the homogenized version of Star Wars as opposed to the vision of a creator.

This still wouldn’t be so much of a problem if the episode didn’t end with Obi-Wan now aware that Anakin Skywalker lives. The concern now lies in how Obi-Wan’s failure as a teacher that effectively destroyed the entire Jedi Order is going to be wrestled with when he’s contending with a rambunctious child who he didn’t even want to go save in the first place. The one upside of Star Wars Episode III: Revenge of the Sith is that it committed to a grim, dark tone that reflected its narrative. Obi-Wan Kenobi does not feel like it has committed to anything yet.

There are plenty of threads to follow into the next episode and it seems likely that we will finally get to witness Hayden Christensen’s return as Darth Vader (beyond a quick glimpse of him in a vat) that Star Wars fans will undoubtedly applaud. Leia and Obi-Wan both have to eventually evolve into their older counterparts at some point so seeing them both mature and figure out their path in life will also appease fans, I’m sure. However, the real question is whether Obi-Wan Kenobi can find anything meaningful to justify existing beyond filling in the gaps between Revenge of the Sith and A New Hope. Unfortunately, by the end of episode two, there continue to be teases of the show’s potential but no evidence that it will be anything more than an expansion of the lore.