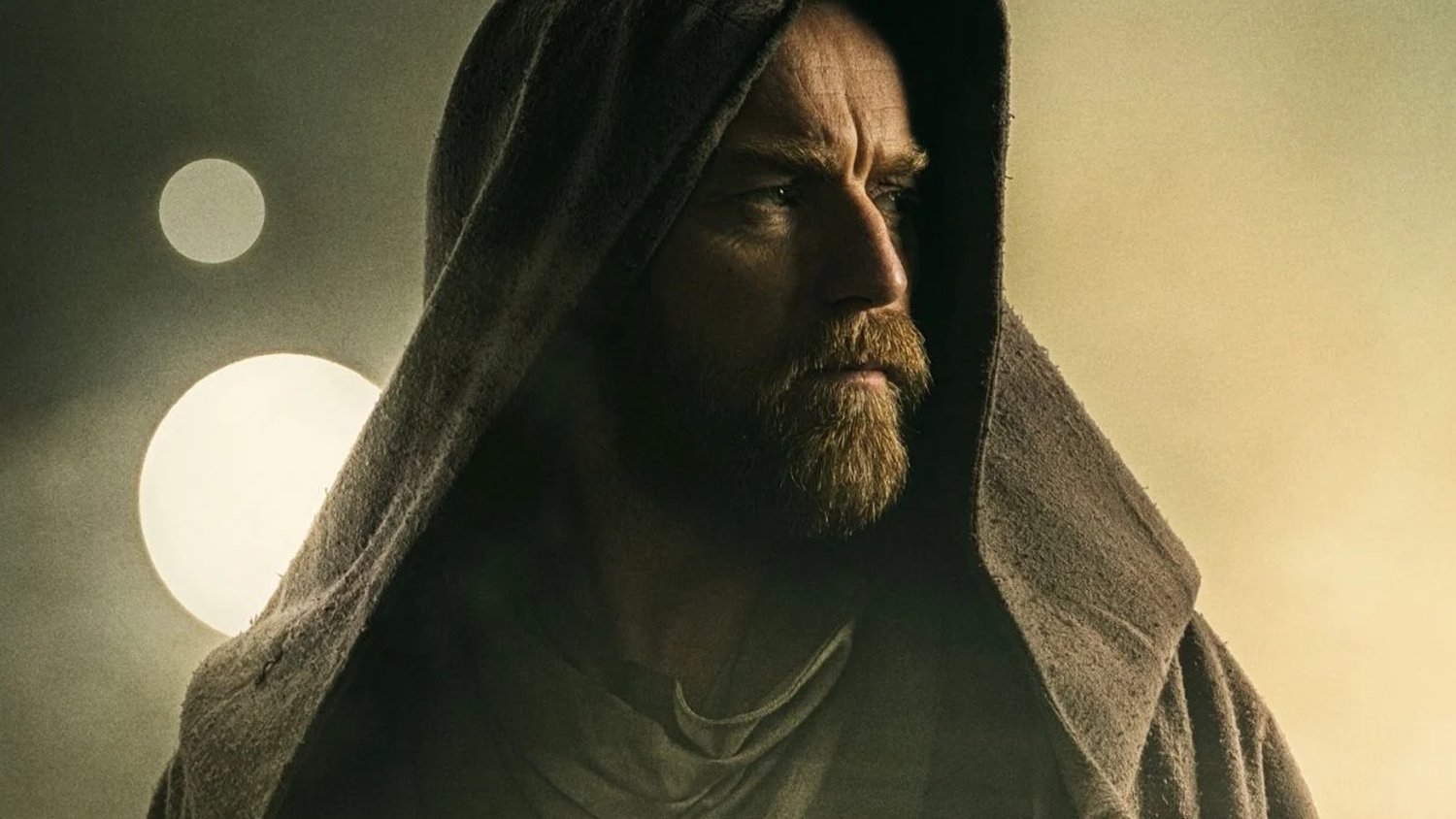 This is where the fun begins. Based on the first episode of the new Disney+ limited series, Obi-Wan Kenobi is seemingly setting itself up for greatness as director Deborah Chow steps into a world of post-Star Wars prequels with a sense of discovery and sorrow. It may not be perfect but Obi-Wan Kenobi rapidly brings the titular legend back to life as the first episode “Part I” mightily grapples with what is arguably the darkest period in the Star Wars timeline. After years of fan outcry and months of anticipation since its announcement, Lucasfilm’s first live-action return to the divisive beginnings of the Skywalker Saga has its eyes set on riding into an adventurous and emotional twin-suns level sunset.

Taking place exactly a decade after Order 66, the fall of the Jedi Order, and the creation of Darth Vader, Obi-Wan Kenobi follows the story of Ewan McGregor’s iconic Jedi who lives his life in hiding from the new Galactic Empire. While watching over a young Luke Skywalker living under the surveillance of Owen Lars (played by the returning Joel Edgerton) on the sand planet Tatooine, Obi-Wan is called back into his heroic adventures by two rebellious individuals in need of assistance. Amidst feeling resentment towards his old ways and pressured by a sense of personal guilt, Obi-Wan is convinced by an old friend to make a stand and rediscover what first made him a hero. The series ultimately aims to fill a major gap between Revenge of the Sith and A New Hope by immensely expanding upon Obi-Wan as a character, his relationship with the rebellion, and how he played an important role in the childhoods of the Skywalker twins.

In contrast to the other live-action Star Wars shows on Disney+, Obi-Wan Kenobi upholds a darker tone than its two recent predecessors. While the show has its share of fun and lighthearted moments that appropriately remain distanced from Obi-Wan, it never actively attempts to stray its spotlight from its true harshness. As the best western and melancholy tales often do, Obi-Wan Kenobi’s initial silence speaks volumes to the audience–especially in regards to the hermit protagonist. From the perspective of cinematic direction and narrative structure, the series has been well crafted to reflect the brutal aftermath it lives in during “Part I”. It is often not afraid to let its music and physical emotion breathe its own story. Obi-Wan Kenobi is grittier, dustier, and presents a more thematically broken sense of atmosphere than its counterparts. Ewan McGregor’s beloved Jedi is enduring the most difficult time in his life. As the character should, he is visually and contextually going through turmoil with his new reality even though over a decade has passed since the Empire came to power.

On the subject of direction though, it is a shame that the show does not go the extra mile in digging into some of its potential mature imagery. For a show that takes place during a period of genocide and isn’t afraid to have villains chopping hands-off, there certainly will be plenty of arguments stirring about from viewers about how Obi-Wan Kenobi (rightfully) deserves to step into thicker waters. As to be expected by a Star Wars series with a standard audience age rating and such a marketable character, Lucasfilm sadly does not go all out on making Obi-Wan Kenobi the twisted psychological and savagery series it could be–at least during its first episode as that could change in the near future. Perhaps though, a shimmering glance of hope and heart keeps the tone of the Star Wars films intact.

Unsurprisingly, Obi-Wan Kenobi’s first episode is not entirely focused on just setting up the Jedi for his latest string of adventures across the galaxy. The series has plenty of surprises up its old robes aside from its cast of Sith villains. The appearance of the Sith Inquisitors was expected as we knew Obi-Wan would travel to other planets outside of Tatooine, however, what viewers probably did not think they would see is a young Princess Leia in a lead role. For a child actor stepping into the shoes of such a massively popular character, Vivien Lyra Blair does a great job at bringing Carrie Fisher’s sassiness back as the actor leads the charge with the show’s second plot. Best of all, Blair’s on-screen chemistry with Jimmy Smits who returns to play Senator Bail Organa feels authentic. Between McGregor and Blair, the show is setting up a lot of promising points for its main characters viewers already love.

The characters were going to be the make or break for the premiere episode. That sentiment even extends to the villains who caused the most controversy before the series premiered–and quite frankly, I was one of those worried viewers. The new and adapted Sith Inquisitors are, for the most part, a surprising delight. Initially, when Obi-Wan Kenobi’s first trailer was released, many Star Wars fans were concerned over how select animated characters like the Grand Inquisitor would be adapted into live-action for the first time. Even if his costume design may still not be perfect from all angles, Ruper Friend makes a great first impression as Jason Issac’s live-action replacement for the Grand Inquisitor. A sense of constant intimidation is presented through the cast of villains as they scour the galaxy and terrorize innocents in order to attract the attention of Jedi. They clearly live by a sense of code that will hopefully further unfold in future episodes as they interact with and are challenged by Darth Vader.

The only real negative aspect so far coming from the Sith Inquisitors though can sometimes be the script Moses Ingram is working with. Her character Reeva who has a grudge against Obi-Wan and is desperate to discover him is something that the show will really have to sell in the future. As of right now, the villain just comes off as an angered young adult looking for slaughter–and quite frankly, compared to her other two costars she doesn’t come off as all that interesting in the first episode. Again, hopefully, her relationship with Darth Vader will help flesh her out as she attempts to prove the Grand Inquisitor wrong that their master’s old friend is still alive.

Going back to the costume designs of the characters though, the atmosphere of Obi-Wan Kenobi is in dire need of some space change. The one aspect of the atmospheric design that can come off as bothersome is how the show can lean too much into using humans over aliens. If there was one area where The Book of Boba Fett often struggled, it was in showing the imaginative side of Star Wars every viewer adores. Audiences will never back down from wanting to see more crazy aliens or familiar species that are littered throughout the Star Wars canon.

Obi-Wan Kenobi’s premiere has a bit too many human faces. Considering the show also starts on Tatooine, it is easy to understand why viewers would expect there to be more alien creatures–we are talking about the same planet where the famous cantina scene originated from, after all. It is hard to not hope that the show will continue to present more characters that feel as if they were from a place far far away from our own reality. The prequels are arguably the most interesting part of the Star Wars franchise’s world design, and hopefully, Obi-Wan Kenobi will not skimp out on presenting more outlandish species and weird caricatures that would naturally fit the show.

After nearly two decades since stepping away from the character, Ewan McGregor has made a triumphant return to the story of Obi-Wan Kenobi along with his cast of new and veteran costars. While It may show some fixable production flaws early on, none of the passable issues in “Part I” are able to derail the series premiere from its wonderful sense of intrigue and hope. Obi-Wan Kenobi gracefully reintroduces fans to the beloved Jedi as he embarks on solid standings with a believable adventure–so far the series feels like what Obi-Wan would be doing before reaching the story point Alec Guinness originally portrayed. The series has almost all of its key puzzle pieces in place with its first episode. Obi-Wan Kenobi should only be heading upwards after its captivating premiere. As long as the series fleshes out its relationships and appropriately expands upon A New Hope, it will be a guaranteed hit.