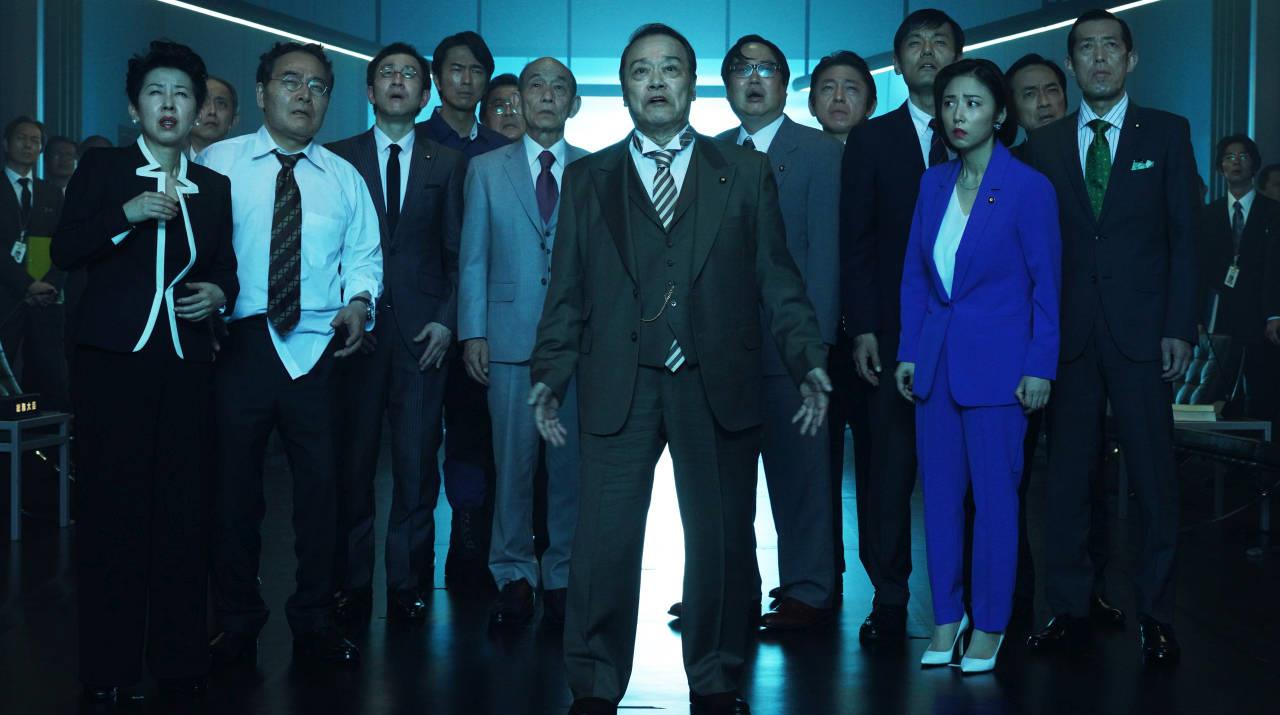 Fantasia 2022: What to Do with the Dead Kaiju? Review

It’s the part of the job nobody thinks about: you’ve saved the city (and possibly the world) from complete annihilation at the hands of Godzilla or King Kong. If you’re lucky, they just wander back where they came from and never appear again. However, occasionally, there’s a corpse to deal with and it’s not exactly small. What to Do with the Dead Kaiju? concerns itself with that very scenario and the many hands that get involved when dealing with something so gargantuan in scale and what its death represents. Unfortunately, what serves as a set-up for something potentially exciting is quickly lost in a sea of tonal incongruities and poorly executed humor.

As can be expected from its premise, there’s also not a lot of action in Satoshi Miki’s latest film. A much more bureaucratic affair, What to Do with the Dead Kaiju? is far more concerned with interrogating the way governments operate in the wake of a crisis than how something like a kaiju corpse might affect those living in neighborhoods destroyed as a result. After the death of one such monster, the Japanese Prime Minister (Toshiyuki Nishida) quickly assembles the many branches of government to find out what to do with the remains.

Of course, it’s opportunity after opportunity for some and a dirty job nobody wants to actually physically help with. At first, it’s somewhat humorous to watch the government fumble around trying to work out whether it’s in their best interest to do something or try to pin it on someone else. Quickly that dissipates though and Miki, for some reason, goes the route of juvenile humor at almost every chance he gets. From a minister who can’t stop saying adages that are both crass and nonsensical to the corpse itself becoming a giant whoopee cushion as it bloats and rots, Miki doesn’t seem to grasp how to leverage comedy with drama, and so he resorts to the kind of potty humor that feels like it’s always trying way too hard.

As a result, What to Do with the Dead Kaiju? is painfully unfunny. Its commentary is also not very incisive, often paling in comparison to movies like Shin Godzilla that already tackled the bureaucratic nightmare of a kaiju attack. It also doesn’t really get to contend with the aftermath of the kaiju, with the exception of who is going to deal with the corpse, which of course goes to the military and, in this case, the Japan Special Forces whose existence is solely for combating kaiju attacks. With a clean-up task force helmed by Officer Arata (Ryôsuke Yamada), the messy job is left to those willing to get their hands dirty.

Unfortunately, Arata’s storyline doesn’t get much attention against the scope of the kaiju clean-up, so it’s a lot of people in rooms wondering what’s going on until the final climax where there’s no choice but for the movie to feature some sort of action. So everytime the film tries to take a detour in Arata’s relationship with Yukino (Tao Tsuchiya), it falls flat and the momentum of the film continues to suffer. None of the acting stands out either against the sea of mediocre execution and even wastes many of its talented cast including Rinko Kikuchi who appears in a role that seems to exist solely to pad out the runtime.

It’s a shame because What to Do with the Dead Kaiju? is an inherently good premise. The kaiju’s corpse essentially becoming a ticking time bomb as it bloats and could cause further destruction, all the while every single government official tries to seize whatever opportunity they can find, is somewhat ingenious. Directors like Armando Iannucci have made their bread-and-butter recognizing the humor and dramatic weight of inaction, but here it feels like Miki does not see where the comedy actually resides and is forced to create his own jarring attempts in the midst of serious concerns. It’s a tonal nightmare that, like the kaiju corpse no one wants to deal with, leaves a rotten stench in the air.