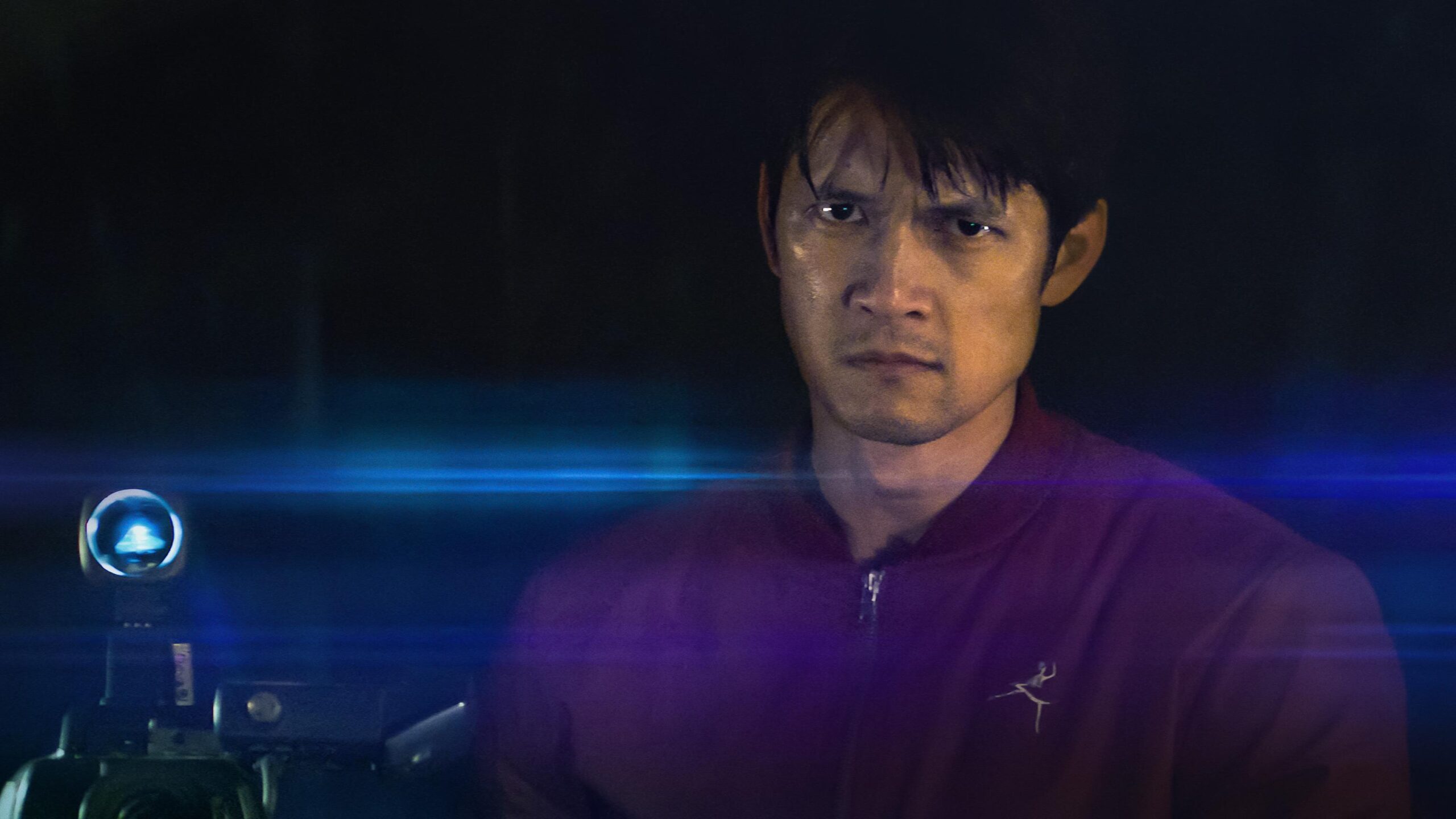 The weirdest thing about Broadcast Signal Intrusion is that it took such a long time for the Max Headroom broadcast signal hack of 1987 to become the basis for a creepy thriller.

Intrusions into broadcast signals, allowing hackers/pranksters to take over broadcast airtime for a few seconds, were something of a fad in the 1980s. In most cases, the perpetrators were caught, but in one case, they weren’t- that was the time in November 1987 when hackers broke into two TV stations in Chicago to broadcast a message featuring the artificial intelligence TV host/New Coke pitchman Max Headroom.

Broadcast Signal Intrusion, a 2021 South by Southwest Midnighters debut directed by Jacob Gentry, fictionalizes that premise, in the guise of a “creepy tape” horror-thriller in the tradition of the Ring movies, folded into a desperate search for a serial killer, similar to David Fincher’s Zodiac.

There’s also a touch of the Blow Up/The Conversation/Blow Out, line of films, in which the hero discovers the truth by blowing it out or slowing it down. In this case, this entails solving the mystery of what’s behind the signal hijackings, and their possible connection to some real-life crimes.

Broadcast Signal Intrusion is not only a great idea for a film, but it’s executed very well. Not working with an especially high budget, Gentry and his team create an air of extreme creepiness.

The film is set in the late 1990s and stars Harry Shum Jr., formerly of Glee, as a video archivist, who becomes obsessed with and haunted by a fictitious version of Headroom incident. In this case, it’s an image meant to look like Sall-E, a robotic wife character, also from a 1980s sitcom.

Shum makes a fine lead, but my favorite performance in the film came from Chris Sullivan — the actor best known for playing the affable Toby on This is Us — in a very much against-type turn.

Broadcast Signal Intrusion gets a lot of mileage out of using outdated technology. There are Betamax tapes, BBS forums, ancient cameras and projectors, vintage video editing equipment, and other stuff that will look completely foreign to anyone younger than a certain age. The film finds a way to present all of that technology in a spooky way.

Sure, the film gets bogged down a bit in its third act, more resembling a run-of-the-mill thriller than the creative effort established earlier on. But overall, it’s a well-done film, that grew out of a great idea.

SXSW 2021: Women is Losers a Well-Acted but Unsubtle Drama