Mean-spirited, bloody, and over-the-top; these seem to be the driving forces behind the creation of Puppet Master: The Littlest Reich. Serving as a soft reboot to the popular puppet-killing franchise, the movie falls cleanly in the midnight madness category of films — drink, watch it with friends, and make sure the hour is late. Though it’s overall plot is clearly there for an excuse to bring a lot of puppets together in one place, this works in favor of the movie’s desire to have the gnarliest kills imaginable. Hardly a whole piece and more a compilation, the biggest compliment The Littlest Reich could ever achieve is that it goes for it in ways that most movies would shy away.

The film opens with an expatriate Nazi, Andre Toulon (Udo Kier), being creepy in a bar to some younger women, then quickly shifts to the present day as Edgar (Thomas Lennon) returns home with his parents after being divorced. He discovers a puppet in his closet that was made by Toulon, and decides to bring his friend, Markowitz (Nelson Franklin), and girlfriend Ashley (Jenny Pellicer) to a convention celebrating the 30th anniversary of the Toulon murders. As one could imagine, everything goes awry when suddenly all of the puppets that were to be auctioned off at the convention start a murdering spree in the hotel. 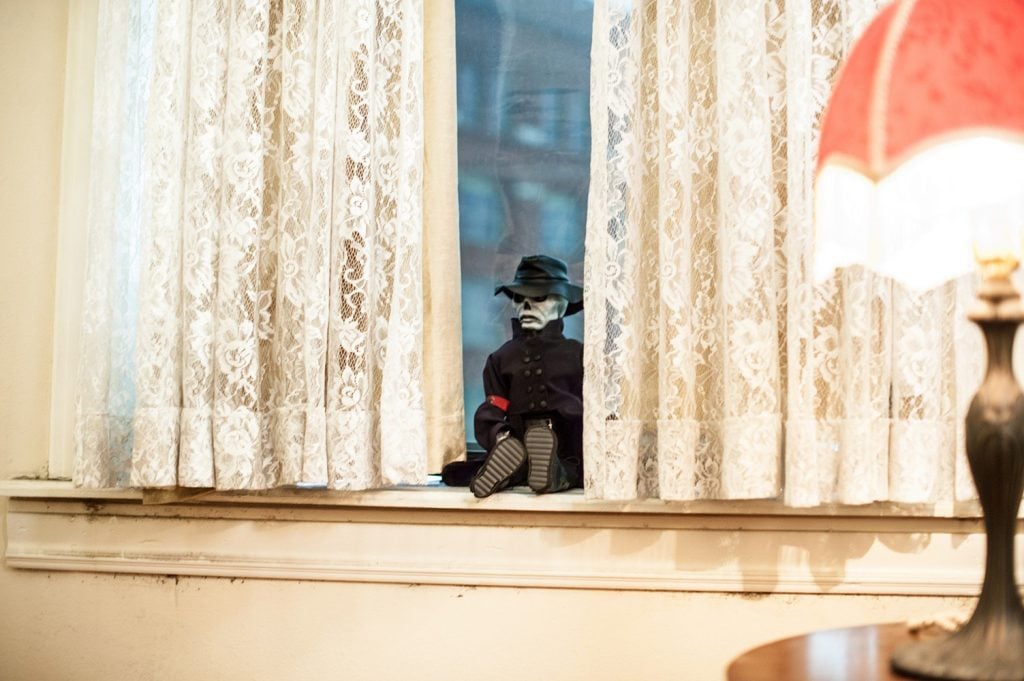 From there, Puppet Master: The Littlest Reich becomes super bloody, and if you’re squeamish you may just want to avoid the film altogether. Directors Sonny Laguna and Tommy Wiklund boil things down to the basics, as long stretches are just smash cuts to the next murder, which can verge on comical to outright disgusting. What makes the movie fail more often than not is that its screenplay, written by S. Craig Zahler (Bone Tomahawk, Brawl in Cell Block 99), feels too gleefully mean to be comfortable viewing. As Nazi puppets continue killing anyone that isn’t a non-Jewish white person, it’s clear that Zahler took the notion of making a self-aware B-movie and ran with it to its limits and beyond. For me, it just comes off as childishly offensive and nowhere near the intelligence of his directorial efforts.

But Puppet Master: The Littlest Reich is enjoyable despite its political leanings. Lennon works as the lead, and it’s great to see actors like Udo Kier and Barbara Crampton hamming it up. Everything works in unison, and feels like a bunch of people got together and said: “Let’s make a Puppet Master movie!” For better or worse, this is that. Its violence will put off some, but those people are not the intended audience for a film like this. This is for audiences who want to be pushed to their limits and laugh while doing it.