Battle rap, the musical subspecialty that’s better known today for its parodies, makes a triumphant return in Joseph Kahn’s Bodied. Kahn’s film is often thrilling, and features some great raps and comic writing, but its generic visuals and muddled message threaten any goodwill it receives.

Bodied stars Calum Worthy (who nearly ran away with American Vandal) as Adam, an academic in the making who has decided to do his graduate thesis on the use of the N-word in battle rap. The fact that he’s a white man explaining the inner workings of a predominantly black art form doesn’t particularly faze him, to the chagrin of his pretentious fellow students. In particular, Adam’s girlfriend and classmate (Rory Uphold) is puzzled by his devotion to rap, which she finds to be misogynistic and homophobic. 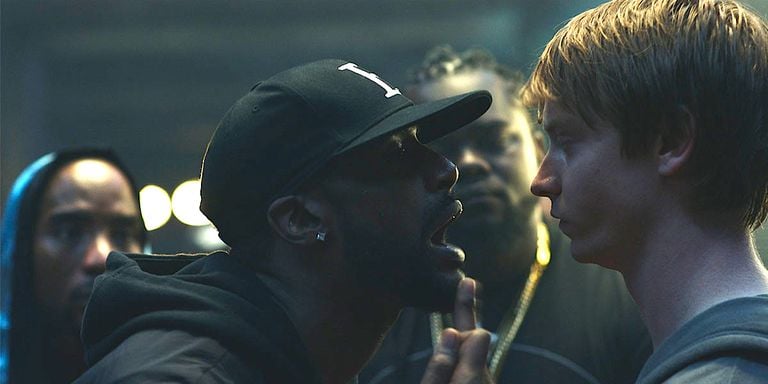 Still, Adam convinces her to accompany him to Los Angeles for a battle rap tournament. There he convinces one of his heroes, the unfortunately named Behn Grym (Jackie Long), to tell him all he knows about battle rap for his thesis research. But when Adam is confronted after the show, he’s forced to do his own battle rapping, and suddenly an interest develops in the pasty white graduate student. Adam soon pushes his thesis aside in favor of trying for battle rap success, but his single-mindedness threatens to turn him in to the villain of his own story.

Where Bodied succeeds, it’s almost entirely due to its strong cast. Worthy isn’t quite as uproarious as he was in American Vandal, but his awkward shtick still plays well, and his desperation as everything falls apart for him rings as genuinely distressing. Long provides added dimension to his character, who has a poignant family life beyond his battle rapping. 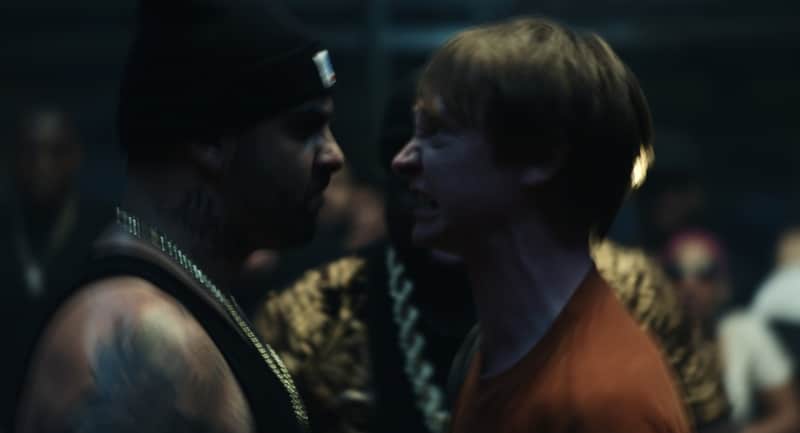 Many of the Bodied’s problems originate with Uphold as Adam’s girlfriend. She’s quite believable as the sheltered academic and gets some great comedic lines, but her character illustrates the film’s confused nature. It puts forward a not particularly controversial thesis that the speaker of a word determines its meaning (and its offensiveness), but when Adam is confronted for his offensive raps by his girlfriend and colleagues, they’re framed as insincere fakers. (Perhaps it’s not surprising that a film produced by Eminem would be hesitant to criticize a white rapper.)

Kahn’s style also creates a visual analogue to that muddling. His origins as a music video director show, and every scene is stuffed full of dramatic shots that become monotonous when viewed for longer than four or five minutes. Bodied is full of promise, but Kahn can’t settle on a successful tone or thesis.

Fantasia 2018: ‘Puppet Master: The Littlest Reich’ is a Mean and Gory Kill Compilation