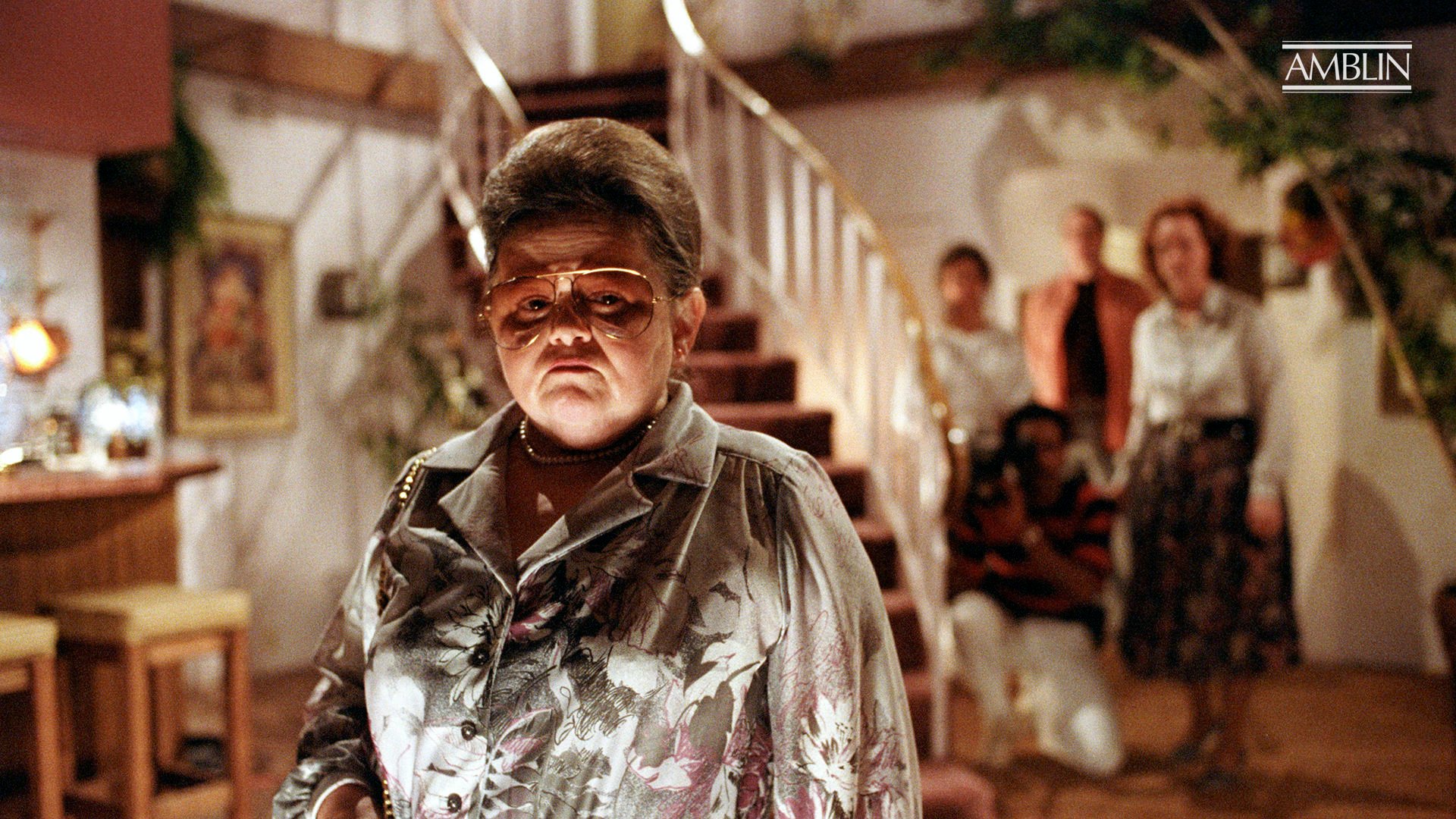 First haunting screens in 1982 with its tight plot and original scares, Poltergeist quickly became a classic of supernatural horror. While it is most associated with Steven Spielberg (as a writer, producer, and disputed creative collaborator with Tobe Hooper), the film also jumpstarted the careers of many of its actors, even casting them in multiple sequels.

However, the star performance of the film is that of Zelda Rubinstein as the medium, Tangina. From her first appearance to her last, her presence holds the attention as much as any ghost sighting. Despite her short stature and soft voice, she dominates the screen.

Poltergeist follows the Freeling family as their house becomes the target for a number of hauntings, labelled by a local parapsychologist (played by Beatrice Straight) as the work of a Poltergeist. Beginning with moving chairs, bent cutlery, and TV static, the ghostly happenings at first seem harmless – even striking a sense of excited fascination, rather than horror, in the family.

Yet, things quickly turn for the worse. During a horrific storm, a possessed tree grabs one of the children and tries to consume it alive, while the daughter (Heather O’Rourke) is sucked into the spirit realm through her glowing closet. When the parapsychologist quickly becomes overwhelmed by the frequency and power of the hauntings, she calls in a medium, known for curing other houses of ghostly infections.

Enter Tangina: huge aviator sunglasses, high-domed hairstyle, short in stature, patrolling the house with a particular assertiveness and control that has been lacking in other characters. Spielberg stated that the role was written for a short actress, specifically as he “thought it would be neat to show that someone’s size has nothing to do with her psychic powers.” Rubinstein was an advocate for the treatment of little people (her preferred term) on-screen as well as off, herself having a deficiency of the anterior pituitary gland leading to a lack of growth hormone. Poltergeist immediately imbues her character with potency and control, at the very centre of her key scenes. It is a landmark film for the representation of those with restricted growth and does not devolve into stereotypes.

After being introduced, there follows one of the film’s most memorable scenes: a chilling expository monologue where she tells the family and parapsychologists about the spirits circling the house. Her voice is soft, almost whispering and child-like, giving her speech that much more weight. We hang on to her every word, just as the listening family does, as she slowly relays the information with such care and compassion.

When she must tell of the evil presence that has taken their daughter, the tone changes, she crouches in close, lowers her voice, and holds eye contact. We hold with bated breath until she names the demonic presence itself: The Beast. While the scene is pure exposition (usually taboo in the ‘show don’t tell’ screenwriting mantra), Rubinstein’s performance turns glitter into cinematic gold.

Her work in coaching the family through their trial is equally compelling, helping them retrieve their daughter with her calm, yet assertive, mannerisms. A surprisingly striking shot shows her standing, alone, before the open closet, bright blue light shooting out from the door in a particularly Spielbergian sequence.

Zelda Rubinstein would later portray other psychic characters, starring in two Poltergeist sequels, as well as in shows such as Jennifer Slept Here. Her voice work also followed in narrating Scariest Places on Earth, as well as even promoting Skittles candy. An iconic, yet underappreciated, actress, her work in Poltergeist can safely be considered one of the greatest cinematic psychics ever to grace our screens.

40 Years Ago: Star Trek II: The Wrath of Khan May Have Saved the Franchise