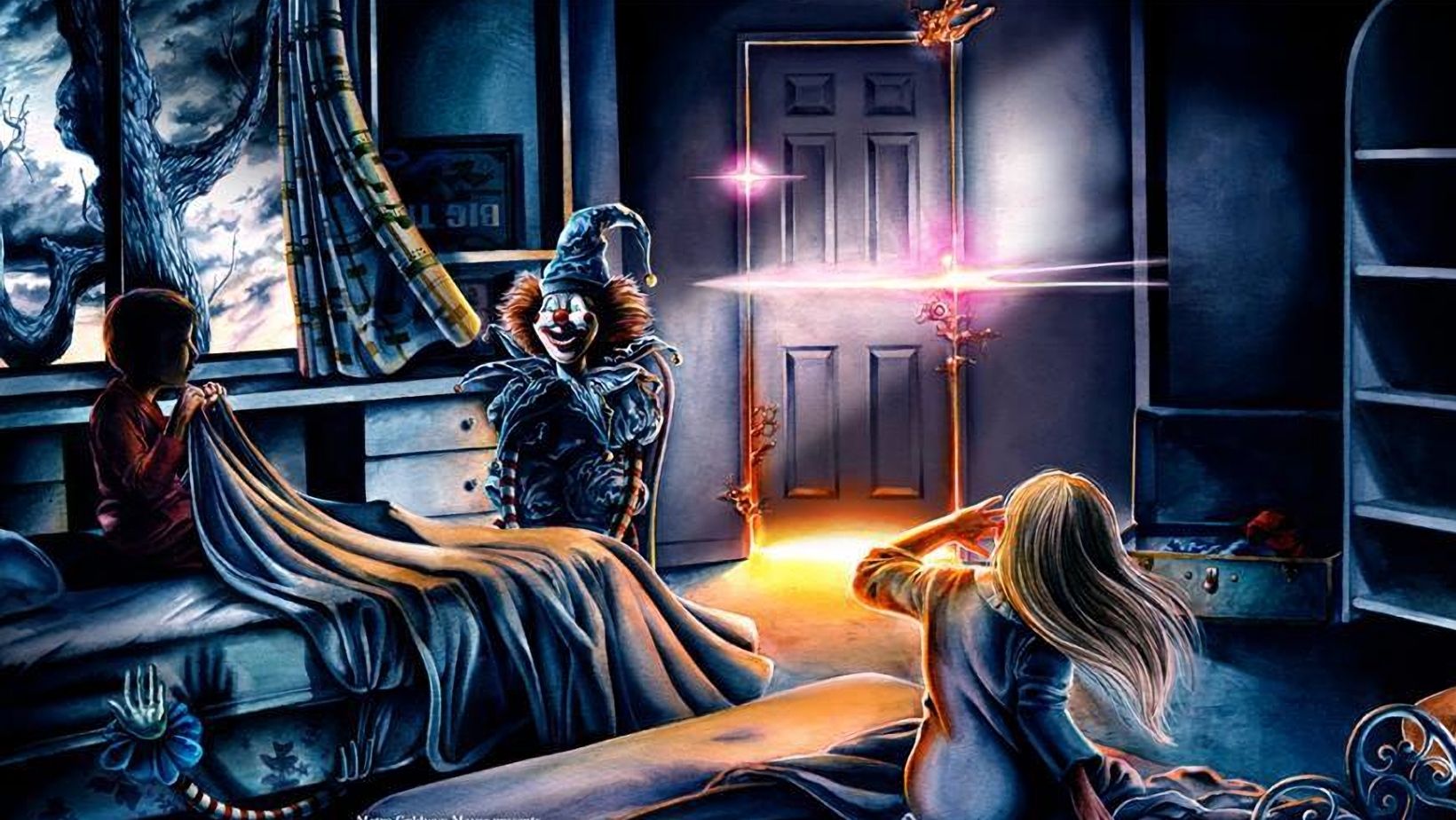 The original 1982 Poltergeist, directed by Tobe Hooper, opens with an apt image: an extreme close-up of a television set. Not only does the object prove pivotal to the film’s narrative, but the close proximity of the camera to the screen imbues the television with a strange, almost alien quality. Though it simply plays the national anthem over patriotic imagery, the signature sign-off for most TV stations in the 1980s, the close-up distorts the pictures and renders them wholly indeterminable. For a film that explores the dark unknowns that lie beneath the seemingly innocent and ordinary, Poltergeist certainly knows how to prime its audience for what’s to come.

As the channel transitions to the familiar static blizzard, five-year-old Carol Anne Freeling (Heather O’Rourke) awakens to the sound of voices emanating from the set. As she attempts to engage with the whispers only she can hear, Carol Anne rouses the rest of the Freeling clan, including parents Steven and Diane (Craig T. Nelson and JoBeth Williams), brother Robbie (Oliver Robbins), and sister Dana (Dominique Dunne). The family does not initially think much of Carol Anne’s peculiar behavior, but soon enough, every member is made privy to the supernatural force that resides within their happy, suburban home.

What makes Poltergeist such a brilliant horror film is its ability to instill benign, even reassuring objects with a sinister nature. This holds true for the possessed television, which the Freelings constantly have playing in the background, a staple of entertainment and home comfort. As the titular entity continues to assert its presence, childhood toys such as a happy-faced clown also start to emanate malevolent undertones. The entire first half of Poltergeist deconstructs the warmth and hospitality of the Freeling home until not a single object contains its former comfort. This reaches its apex when the closet light in Carol Anne and Robbie’s room, which the two children use to soothe their fears of the darkness, transforms into the hostile illumination of the poltergeist. The light abducts Carol Anne, pulling her into another dimension. From this point on, the Freeling home turns into a genuine house of horrors.

Though a thoroughly satisfying purveyor of terror, Poltergeist remains a peculiar entry in the horror landscape due to its adeptness at mixing frightful imagery with heartwarming family melodrama. After Carol Anne’s disappearance, the Freelings contact a trio of paranormal investigators (one of whom is played by an excellent Beatrice Straight). In what may be the film’s most defining moment, Steven tells the investigators that he doesn’t care to learn about the poltergeist or its origins; he just wants his daughter returned home safely. Whereas many other horror films luxuriate in sex, gore, and audience provocation, Poltergeist keeps its focus on family and reconciliation. It places stock in the uniting of the characters rather than the destruction or mutilation of them.

Further heightening its dramatic capability, the film takes the time to develop the relationships between its main players. Though many horror films are derided for having paper-thin characters and poor acting, the performers in Poltergeist get the opportunity to play off one another with uncharacteristically thoughtful dialogue. In particular, Straight and Williams develop a wonderful rapport in their few scenes together. Despite only knowing each other for a few days, the two have such a strong connection that their relationship progresses from formal to intimate in mere moments. Make no mistake about Poltergeist’s horror potential: The film delivers an array of fearsome practical effects, from grotesque, peeling faces to seizure-inducing spotlights. However, it would be wrongheaded to assume the film simply provides frights. When watching the movie, viewers can expect to encounter an onslaught of scare tactics as well as considerate performances and writing.

Over the years, the authorship of Poltergeist has come into question, with various crewmembers and actors asserting that producer and co-writer Steven Spielberg provided more direction than Hooper. Certainly, Spielberg’s signature is apparent in the screenplay, with its family-centric narrative and stretches of sentimental dialogue. Determining the origin of the direction, though, remains a difficult task. Regardless of where the praise should fall, the direction should be commended as Poltergeist is a near-expert convergence of blockbuster excess and performance-driven narrative. Many contemporary horror films find it difficult to modulate their thrills with more nuanced material. They overwhelm audiences with a glut of bloodshed, desensitizing them in the process. Poltergeist spaces out the terror, and it does not fill the in-between with insubstantial fluff. The deliberately paced moments are just as satisfying as the frenzied ones. When Straight and Williams have a long conversation concerning death and the afterlife, the moment is not meant for biding time. Rather its function is to flesh out the narrative and develop the characters. Unfortunately, scenes such as these are the first excised from many other horror films. Through a simple variation of content, such movies could earn the scares they so desperately attempt to provoke.

In some ways, Poltergeist has been overshadowed by its own legacy. After actors O’Rourke and Dunne died so tragically young, the film and its entire franchise were deemed “cursed” (some people attribute the origin of the curse to the crew’s decision to use actual human skeletons for the movie’s final climax). Such a designation, though, has done little harm to Poltergeist’s reputation. In fact, it has most likely improved its status among horror fanatics. Even without the curse’s boost, Poltergeist remains an effective and singular scary movie. With today’s horror movies so bald-faced in their attempts to elicit audience disgust and fright, it’s bracing to see a film probe our hearts as well as our fears.