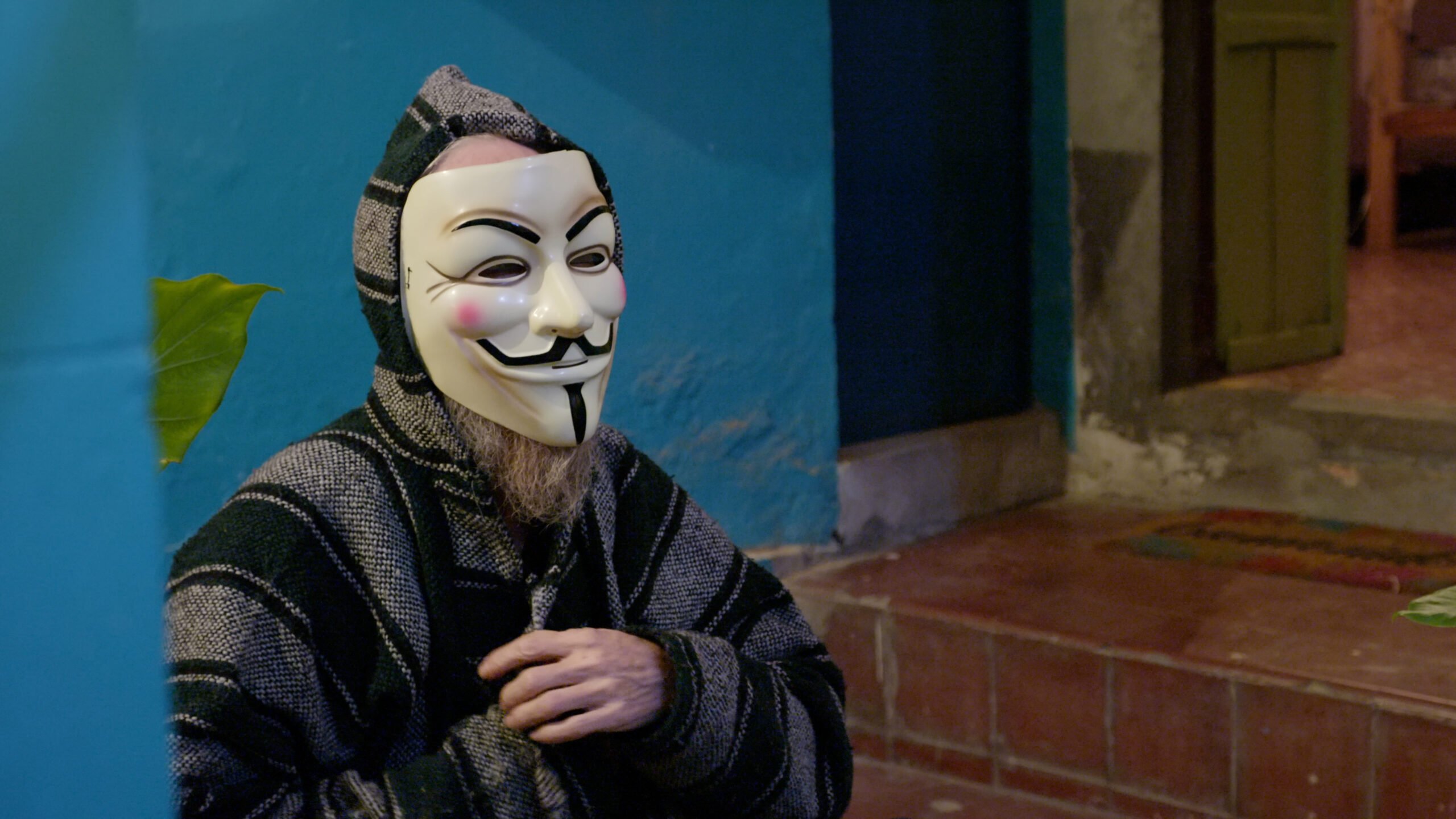 The only face most associated with the hacktivist organization, Anonymous, is probably a Guy Fawkes mask from V For Vendetta. That’s by design, but Gary Lang’s The Face of Anonymous shines a spotlight on the man who put a human face to the organization and what happens when you remove anonymity from a collective frequently found on the wrong side of the law. Focused on the story of Commander X, The Face of Anonymous charts the rise of Anonymous and Commander X’s role in many of the big events in its history, while also highlighting an individual who put himself at the forefront of one of the most infamous hacker groups of all time.

Unfortunately, the struggle with The Face of Anonymous is that Christopher Doyon (otherwise known by his moniker, Commander X) is not a very likable person. It ends up being the point to a lot of why his face being attached to Anonymous was a sticking point for others in the organization. Lang interviews multiple people associated with Anonymous and his interviews illustrate a man with similarly good intentions as the others, but also someone who thinks of himself as a God – that somehow his message and his values will bring the masses to flock towards whatever cause he has in mind. The film doesn’t hide from this and by giving him the spotlight, it then has to contend with making him likable enough to endure spending time with him.

Lang does an admirable enough job on that front, as we follow the rise of Anonymous and intersect that with Doyon’s role in major moments. The Face of Anonymous acts as an overview of the organization’s greatest hits and gives a further understanding of their decentralized approach to activism. The anonymity is what makes that process work so well, but it also means it’s a little bit more difficult for the law to catch up with them.

When the story is put through the lens of Commander X’s actions and behaviour, it feels like a rift forms between the documentary and Anonymous. Most of the interview subjects despise Doyon, making the film’s journey with him neither endearing nor engaging. It starts feeling like Lang wants us to be on Doyon’s side, but whenever we spend time with Doyon it’s more pity than sympathy. There comes a point when the film ditches the story of Anonymous and spends significantly more time with Commander X, and that was about when it was clear that the actual subject of the film isn’t inherently interesting.

For those unaware or have only heard of Anonymous in passing, The Face of Anonymous goes through a lot of their greatest hits and provides a clearer sense of what the organization’s purpose and goals have always been. Throughout that time, there’s a firmer understanding of why Doyon’s actions were frowned upon by the group, but by the time the film drifts further into his life it has said it’s most interesting ideas.