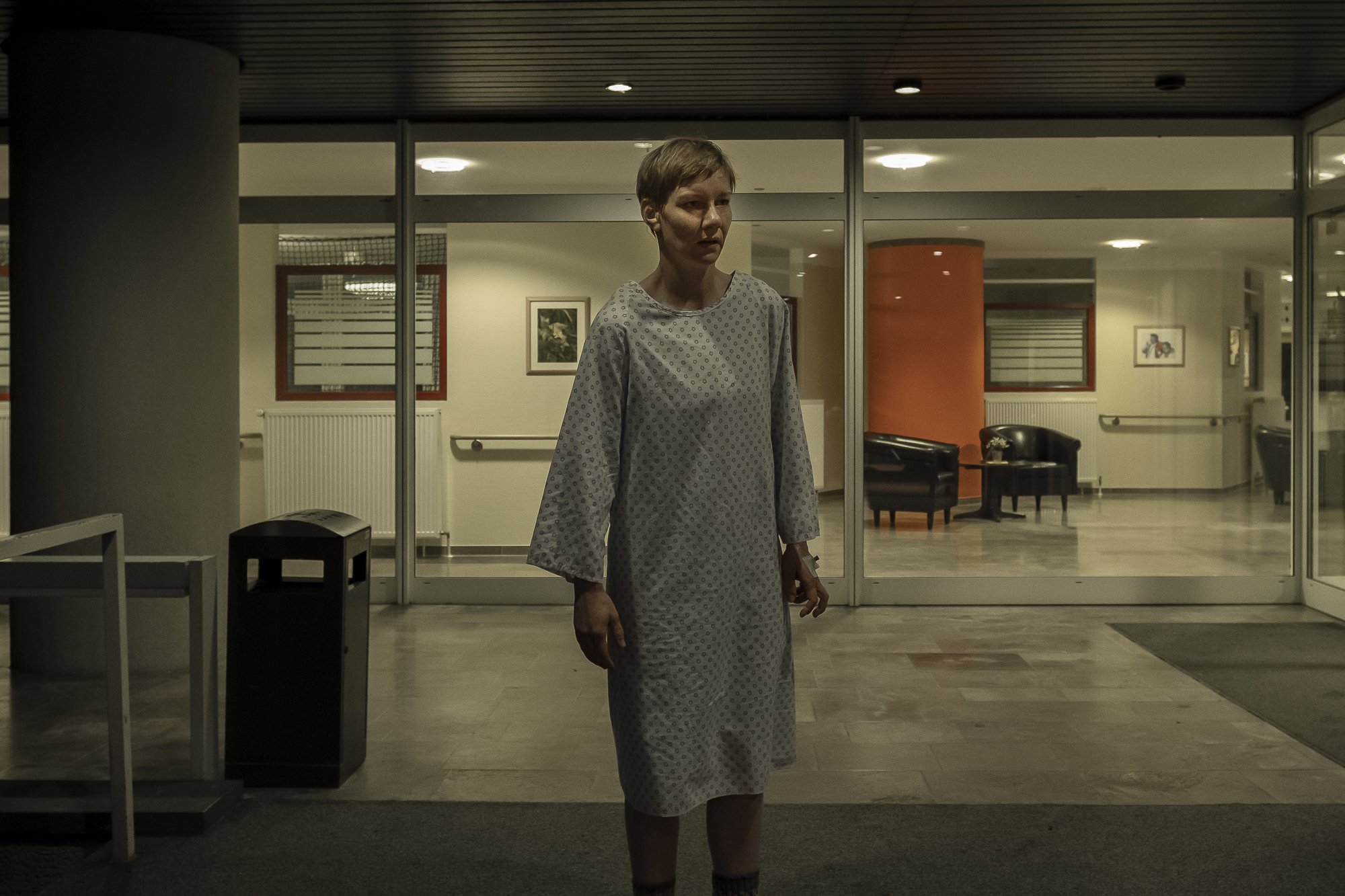 The family traumas that get swept away in the tides of historical tragedies rise to the surface in Sleep. The film, which is directed by Michael Venus, is a psychological thriller that initially pulls in viewers by disguising itself as a horror film. Once they’re hooked with some effective frights, it sets in to tell a more nuanced (and interesting) tale of multigenerational sorrows.

After arriving, Marlene is hospitalized in a catatonic state following some unseen traumatic event. Mona rushes to her side, but her presence doesn’t the shock or trauma her mother experienced in the hotel. While waiting for her mother to recover, she checks into the hotel, where she’s greeted by the rotund owner Otto (August Schmolzer) and his wife Lore (Marion Kracht). Otto takes an odd interest in her and is happy to show her around the hotel, but Lore seems disturbed by her presence as if she threatens to discover their secret. Mona seems to have contracted her mother’s sickness as she begins to have vivid waking nightmares of the three men who died by suicide in the hotel. These moments of fright and brief gore are the closet Sleep gets to being a horror film, though they generate more of a sense of dread and terror. But as Mona learns more about Otto and his plans to renovate the hotel, she sees that he’s part of a group of Germans looking to reclaim the power and glory they had decades earlier.

Once Otto’s plans are clearer, the story shifts into thriller mode, but it’s a tasteful transition that doesn’t make the first section feel tacked on. The scares increase the tension and help the audience care for Marlene and Mona, both of whom are in danger. But once the more frightening parts subside, the storytelling becomes brisker, almost thrilling. It’s unsteady at times, but always compelling. Sleep does an interesting switcheroo with its actress, leading us to think that it will focus on Hüller’s character before introducing Kohlhof as the true protagonist. Hüller was hilarious and hard to look away from in Toni Erdmann (2016), so its disappointing that she’s featured in so little of the movie, but Kohlhof is just as intriguing an actor. She has an uncanny ability to show off multiple emotions, and her concern for her mother is always just under the surface, even when she’s seemingly relaxing with the locals in the village. It’s an effective performance that keeps us glued to Sleep in the stretches before its true story is finally revealed.

Tesla is a wild, Electrifying Biopic