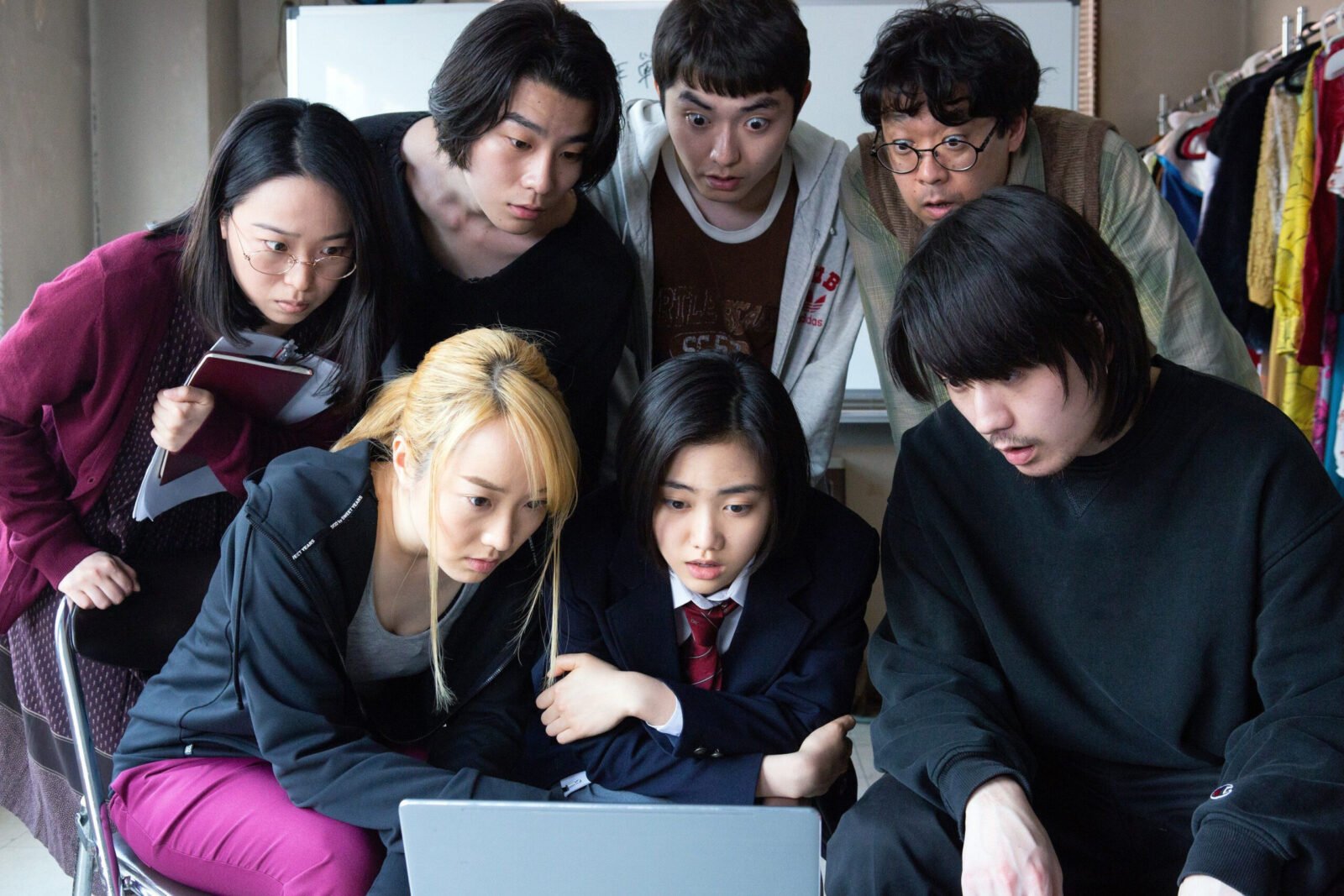 Shin’ichirô Ueda’s One Cut of the Dead took a lot of the horror world by storm. A funny, brilliant take on the zombie genre, it had a kinetic energy to it that would make any movie lover swoon. His follow-up film, Special Actors will likely win over those who just want more films with the same unbridled energy and joy that Ueda seems unable to tone down. For those wanting a little more substance, Special Actors is a lot more fun in the moment than it is once the film ends. A breakneck pace with a premise that fits Ueda’s previous film (and just as ambitious), this is one case of a movie being so similar in style that it loses impact.

It’s still difficult not to latch onto Special Actors and its quirky premise. Kazuto (Kazuto Osawa) wants to be an actor, but his prospects are stalled by his condition where he faints in any stressful moment. So long as he stays in a non-stressful environment or has his trusty squishy ball to squeeze when nervous, he’ll be okay. It’s when his brother gets him a job at Special Actors – an agency that helps people in real life by using actors – that he begins to feel more comfortable and at ease. While some jobs can be as easy as laughing at a movie or attending a funeral, one job becomes an increasingly stressful event that takes Kazuto out of his comfort zone and forces him to confront his condition. The job? Rescue a woman from a cult that has taken over her inn and is draining gullible people of their money.

The story alone maintains a lot of what people would expect from a sequel to One Cut of the Dead. It’s a meta-comedy that isn’t afraid to get more and more ambitious with its structure. Narratively, it has just enough wrinkles in it to be fun throughout. There’s rarely a dull moment and most of the jokes land with ease. Even the fact that Kazuto associates squeezing his stress ball with squeezing a woman’s breast ends up being humorous almost every time the film emphasizes it.

Special Actors is a funny movie and as it escalates, it also becomes a solid look at the importance of support systems. Kazuto’s brother and the rest of the Special Actors crew are there for each other and want to do the best they can for themselves and for those that need their assistance. Much like a film crew works together to make something memorable, Special Actors goes even more broad with its examination of those who are constantly around and how they build trust in ourselves as well as others.

The major hang-up with Special Actors is its final few twists in the narrative. By the time they happen, it feels dull and the movie’s final shot just revokes all of the impact. The ending recontextualizes a lot of the events of the movie but feels like an attempt to make it seem smarter than it is. Reframing a plot should not involve cheapening everything that has happened prior. Instead, it should elevate everything else to that new context. There’s not enough fleshing out of any characters other than Kazuto that it almost feels like the ending was conjured up as an afterthought.

It’s ultimately a shame because there are a lot of interesting themes and ideas that could be drawn out from the film’s different group dynamics. Whether it’s the Special Actors crew and the way they each push each other to do better; or how the cult lures people in and takes advantage of their low self-esteem; or even how the cult leaders themselves work together to be successful at what they do – these are all compelling ideas to explore in a movie that seems so ready to comment on the ways we grow when working together. Instead, it nullifies all of that and relies on the energetic filmmaking to keep audiences feeling like they’re part of something communal.

Special Actors is only disappointing because it leaves so much on the table and then breaks the table. As mentioned, there really is a joy while watching the movie that Ueda channeled exceptionally well in One Cut of the Dead as well. He has a knack for bringing audiences into the experience of making a movie by keeping it kinetic and having everyone work together towards one goal. The difference here is that Special Actors does something that it isn’t conscious of doing. It builds an entire framework for something poignant, but sacrifices it for a cheap plot twist. When the plot twist isn’t that rewarding, it’s hard to rally behind a film that so dismissively sabotages itself.

Fantasia 2020: Sleep is a Stealth Thriller Posing as Horror