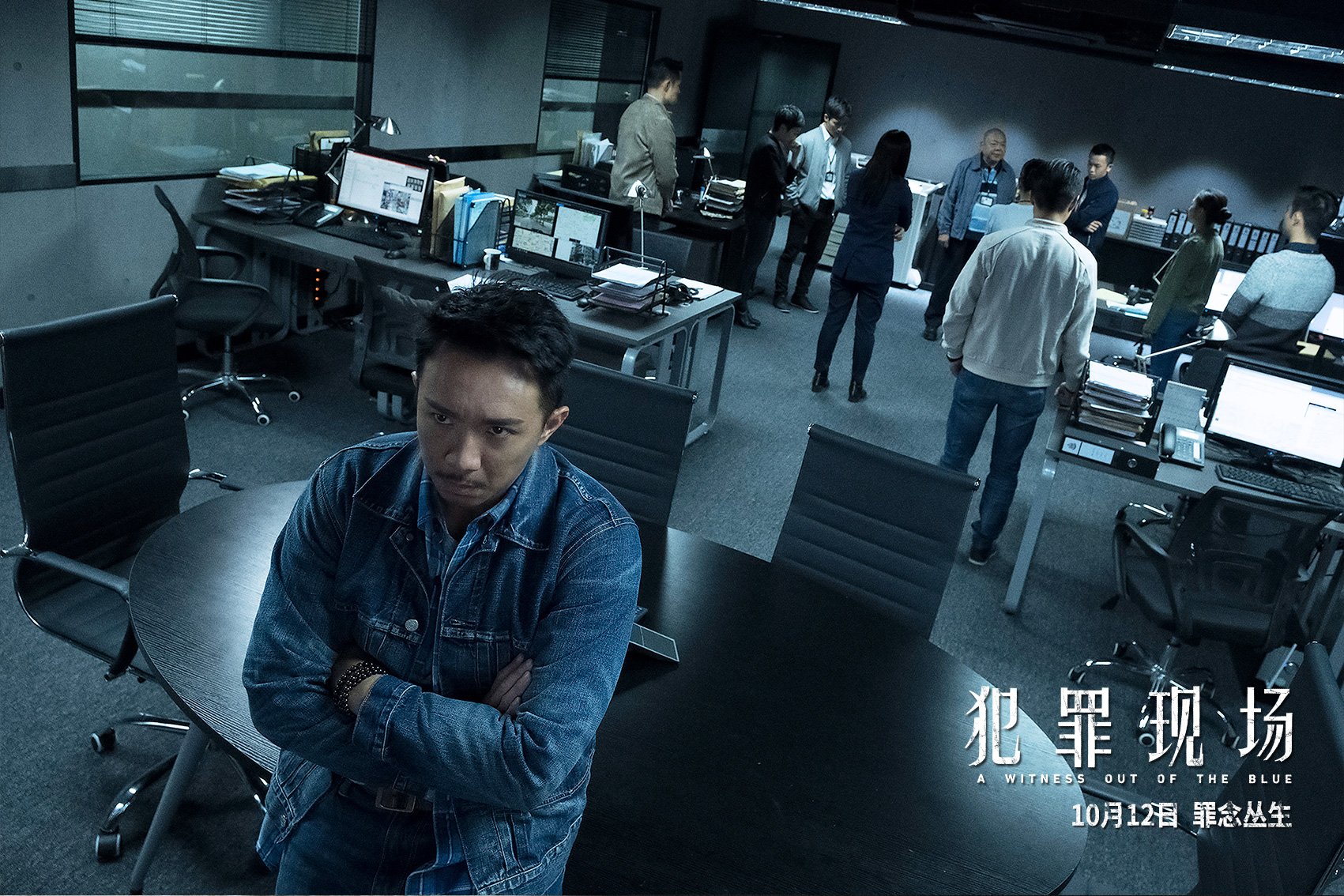 Standing out in a genre as crowded as Hong Kong crime/cop thrillers can’t be easy. The genre has been a major staple of HK film for decades now, and trying to bring something new to the table at this point is a tall order. So, does having a talking parrot as a key witness work? Well….kinda. A Witness Out of the Blue, the new thriller from writer/director Andrew Fung, feels in part like an attempt to bring some new energy to the traditional HK cops and robbers film, and it succeeds in that ambition to a degree. It doesn’t stray too far outside the lines, however, and only rarely in interesting ways.

Louis Cheung co-stars as Larry Lam, a slightly hapless Hong Kong detective thrown into a murder case in which the only witness is a parrot. The deceased is part of a crew of robbers that recently robbed a jewelry store, leaving them with a bag of precious jewels and a number of new enemies. One of these robbers is Louis Koo’s Sean Wong, a notorious criminal who is now on the run from both Larry and the cops and the unknown party who killed his partner.

Formally speaking, A Witness Out of the Blue is about as polished and smoothly executed as any big-budget Hong Kong thriller you’re liable to see. The action is kinetic without being overwhelming, the editing keeps things moving both scene-to-scene and moment-to-moment at an appropriate pace, and the visuals are just the right combo of urban grunge and studio sheen. It hits all the beats you’d expect; gunfights, foot chases, double-crosses, chaste romance explosions, and a dash or two of melodrama. Louis Koo is effortlessly charming as broody anti-hero Sean, who divides his time between unravelling the central mystery and having his icy demeanor chipped away by a house full of elderly folks and their plucky, headstrong landlord.

Where it deviates from the formula, both to its credit and detriment, is in the sparse moments of surrealism or comedy in an attempt to shake up the genre formula. Larry, for one, feels like he’s got one foot in the gritty thriller genre and another in comedy. We first meet him in his rooftop shack full of cats, comically failing to dodge some loan collectors, and that sets the tone for his character fairly quickly. He’s the polar opposite of Sean’s moody loner. At any point it feels like Cheung is gearing up for a pratfall that never quite happens. He’s a likeable enough hero, but the comedic undercurrent never really feels all that necessary or capitalized on. He’s just a little on the goofy side.

Sean, meanwhile, has some excellent scenes scattered over the film where his frayed nerves and guilt over past mistakes lead to jarring hallucinations, and in these moments the film changes genre again into horror movie territory. These scenes feel far more organic and gripping than Larry’s comedic dabblings, and this is absolutely a vein the film should have mined more deeply if it wanted to more effectively stand out from its contemporaries. Sadly though, these splashes of almost Hitchcockian psychological horror are far between, and the one time they seem to get Sean into real hot water, the film backpedals him out of any real consequences.

You can do worse than A Witness Out of the Blue if you’re in the market for a Hong Kong cop thriller, but the film’s baby steps toward deviating from the well-established formula aren’t quite enough to make it the real shot of energy the genre might be in need of.