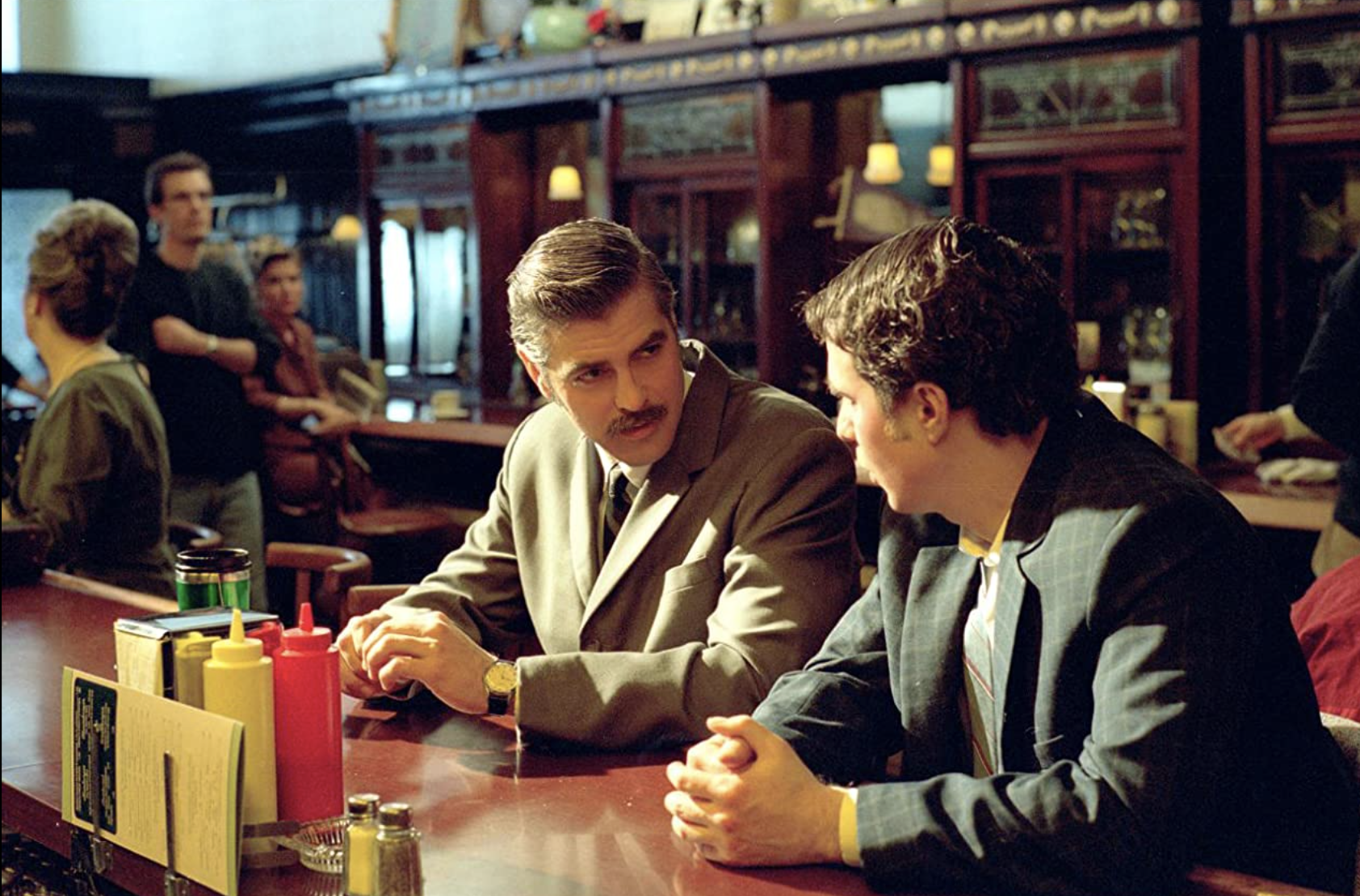 Released this week in 2002, Confessions of a Dangerous Mind is one of the downright strangest studio pictures of the aughts. The directorial debut of George Clooney, then at the height of his movie stardom, was a biopic of a pop cultural figure of an era 25 years previously, which contained fantastical elements about the hero working on the side for the CIA.

Chuck Barris spent a great deal of time as a showbiz hanger-on, working as an assistant to Dick Clark on American Bandstand and writing popular songs, before he made it big as the creator of The Dating Game, and later the creator and host of The Gong Show.

In the early 1980s, Barris wrote a memoir, which he called an “unauthorized autobiography,” in which he claimed that amid all this, he carried out a clandestine second career as an assassin for the CIA throughout the late ’60s and early ’70s.

This was, needless to say, entirely untrue. The CIA, which isn’t so forthright about who does and doesn’t work for them, was adamant that Barris never worked for them, and Barris eventually came clean himself. But a screenplay adaptation by Charlie Kaufman spent many years in the 1990s, even before the existence of The Black List, as one of the hottest unproduced screenplays in Hollywood, with the likes of Johnny Depp and Mike Myers rumored to star as Barris at various times.

The movie was finally made in 2002 by Clooney, who co-starred in the film as Barris’ CIA handler. Kaufman was the hot screenwriter of the moment, and Adaptation was released just weeks before Confessions. Indeed, any resemblance to the real life of Barris was about on par with the resemblance of the Susan Orlean of Adaptation to the genuine article. Although Confessions of a Dangerous Mind does have nearly as bizarre an ending as Adaptation did.

The film itself goes back and forth between Barris’ very real showbiz career and his fictitious CIA career. And within that, it has some things to say about the early days of the culture war, both in the game show and CIA parts of the movie. We see Barris, somewhat a figure of the counterculture, pushing the envelope with his Hollywood work and fighting with network censors while simultaneously killing people overseas on behalf of the government.

And of course, the showbiz part of the film had resonance in the early aughts; after all, what was Simon Cowell berating every week people on American Idol, if not a riff on what The Gong Show was doing 30 years earlier?

Sam Rockwell plays Barris, at least at the start, as a neurotic type, self-conscious about his early lack of success (a then-unknown Michael Cera plays him as a kid, and he was more of a Cera-like character than a Rockwell one). Drew Barrymore later emerges as his hippie love interest, which reminds me that I really miss when Drew Barrymore was in movies. In addition to the CIA murders, I get the film makes Barris into much more of a ladies’ man than he probably really was.

It was clear that Clooney, directing for the first time, had bit off quite a bit from Steven Soderbergh and the Coen brothers, both of whom he had worked with in the years previous. He was also able to call in favors from many of his Ocean’s Eleven co-stars for the year before, with Julia Roberts playing a femme fatale and Brad Pitt and Matt Damon playing Dating Game contestants.

Weird, the Weird Al Yankovic biopic from earlier this year, owes a bit of a debt to Confessions of a Dangerous Mind, as it’s a movie about a real person, made with that person’s cooperation, only wildly embellished — with international assassinations part of the deal — while everyone watching pretty much knows the truth.

Getting a brief theatrical release on New Years’ Eve in 2002 before going wider the following month, Confessions of a Dangerous Mind wasn’t much of a box office performer and got little awards attention. But it deserves credit as a unique oddity- and it remains the second-best film Clooney has directed to date, after Good Night and Good Luck.

Chicago: The Stylish, Feel-Good Musical About Getting Away with Murder