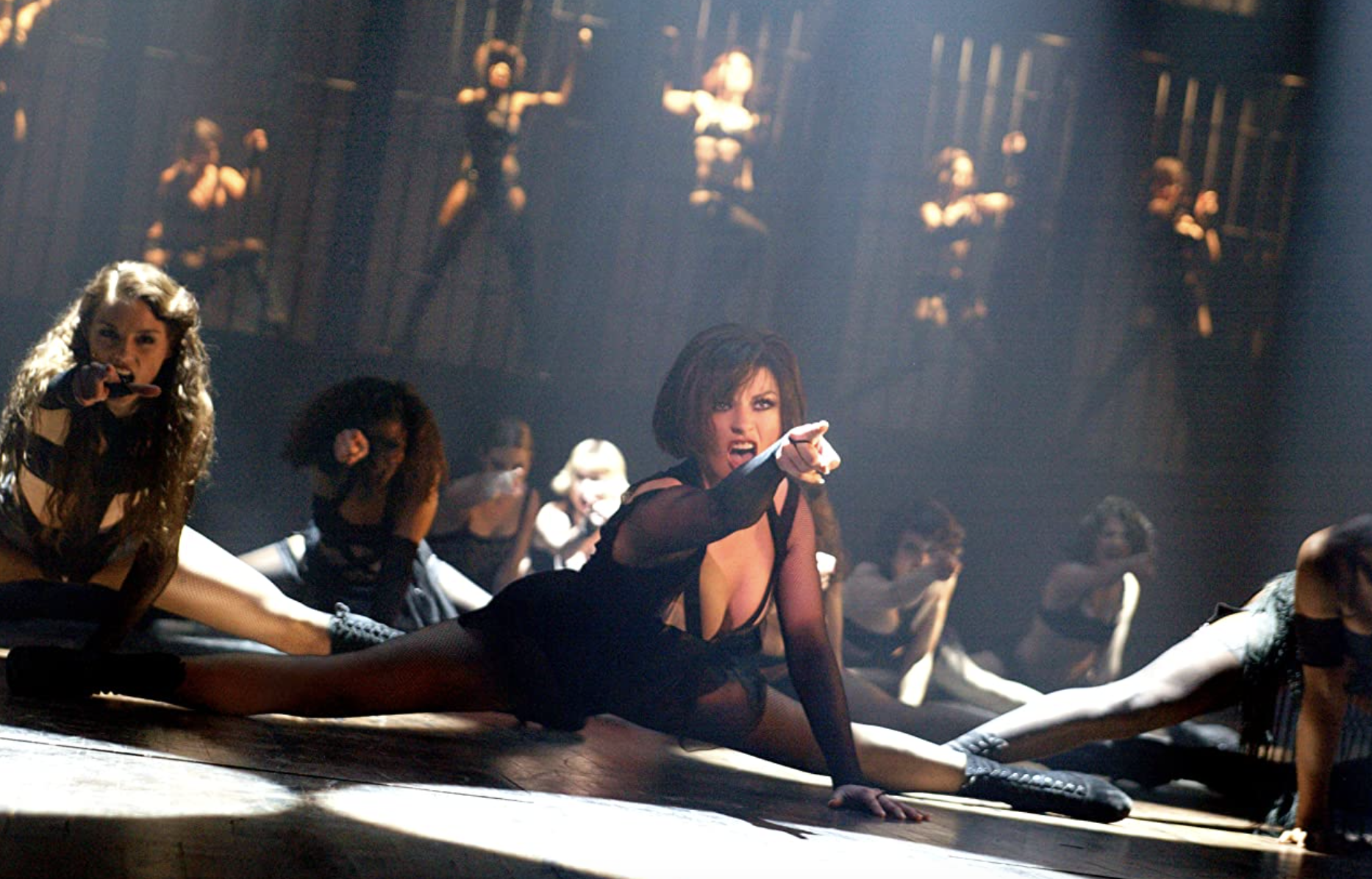 Arriving at Christmastime in 2002, 20 years ago this week, Chicago brought back the sort of stylish, colorful, fun Broadway musical adaptation that had been absent for a few years by that point- and it carried that good feeling all the way to a bunch of Oscars. (Moulin Rouge, a musical without Broadway roots and also with a black-and-red color palette, was a big hit in the summer of 2001.)

Chicago was adapted from a stage musical from 1975 with songs by Kander and Ebb, the team best known for the score of the musical and all-time great movie Cabaret.

Ebb wrote the original musical’s book with Cabaret director Bob Fosse, but because Fosse was long dead by 2002, Bill Condon wrote the screenplay, and Rob Marshall directed. Like Cabaret, Chicago has a period-specific musical nightclub in it — even with an emcee, played by Taye Diggs — but unlike Cabaret, the one in Chicago is metaphorical, at least most of the time.

The movie had a lot of things to say about the intersections among murder, the media, and fame, and while the Broadway version certainly predated the O.J. Simpson case, it was hard not to think about it, watching the Chicago movie in 2002.

Chicago has as its anti-heroines a pair of female murderers, who see murder as their path to fame. Set in the titular city in the 1920s, the film stars Renee Zellweger as Roxie Hart and Catherine Zeta-Jones as Velma Kelly, two ladies who both killed men Velma shot her husband after catching him with her sister, while Roxie shot her lover, who had falsely promised her Vaudeville stardom.

Richard Gere stars as Billy Flynn, the hotshot lawyer, while John C. Reilly played Amos, Roxy’s long-suffering husband. These performers aren’t all known for their singing, but they all did a decent-enough job.

However, it was Catherine Zeta-Jones who stole the show, starting with her opening tune “All That Jazz.” At the height of her stardom at the time, it was probably the best turn of her career. Zeta-Jones’ Oscar was one of six the film would win, along with Best Picture, Best Art Direction, Best Costume Design, Best Film Editing, and Best Sound.

For Best Picture, Chicago beat out Gangs of New York, The Hours, Lord of the Rings: The Two Towers, and The Pianist; Chicago became the third Miramax movie (out of four) to win Best Picture. It was not the strongest year in Oscars history, although Chicago has emerged two decades later with a better reputation than most of its rivals. (Though I maintain that the little-nominated Road to Perdition is the best film of 2002.)

Speaking of the Oscars, it became something of a running joke that the Oscars paid tribute to Chicago on multiple occasions, including on its 10th anniversary. That may be because producers Neil Meron and Craig Zadan, who produced the film, also produced the Oscars several times.

As for the director, Rob Marshall, he was a theater veteran making his film directorial debut. He has continued as a director of musicals, making the movie versions of Nine (2009), Into the Woods (2014), the Mary Poppins sequel (2018), and next year’s live-action version of The Little Mermaid.

It may not be an all-time classic, but Chicago is an important film for ushering in a new era for Hollywood musicals, and for giving us Catherine Zeta-Jones at her absolute best.

Confessions of a Dangerous Mind at 20: They All Seem Like Game Show Hosts To Me