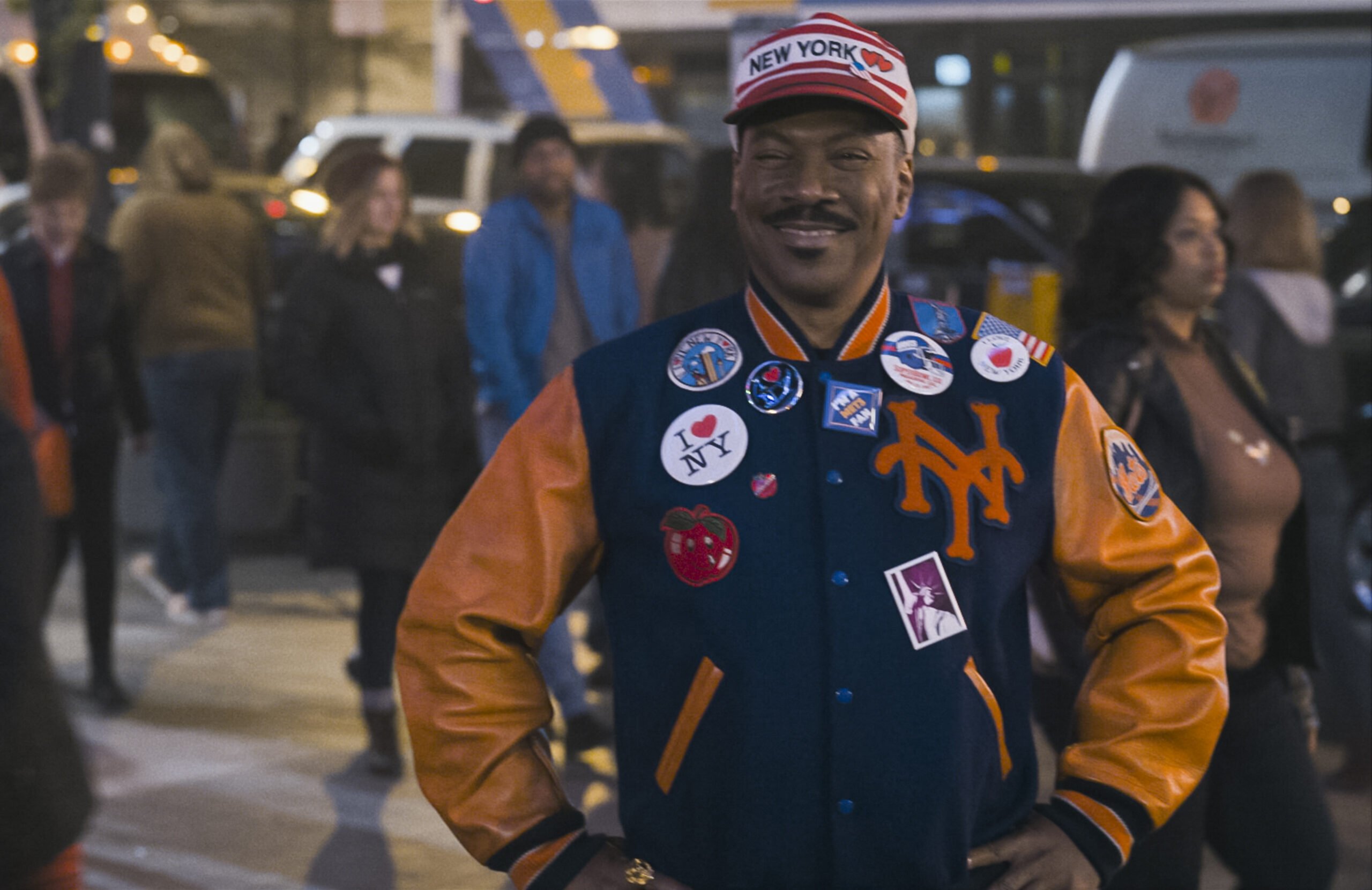 After three decades, various career nadirs and comebacks by its star, and an additional pandemic delay, we finally have the sequel to the Eddie Murphy-starring 1980s comedy classic Coming to America.

The film is titled Coming 2 America and is heading to Amazon Prime Video this Friday. Is it worth the more than 30-year wait? Not exactly, and probably two-thirds of the jokes are based directly on callbacks and fan service related to the first movie. Last fall’s Borat sequel, also on Amazon, found a way to fit in perfectly with the times when it was released, something Coming 2 America doesn’t quite manage.

Coming 2 America, originally set for a theatrical release from Paramount last year before Amazon acquired it, uses a premise true enough to the original, while also packing in enough witty gags to make itself worthwhile. But no, the new film is nowhere close to as funny as the first Coming to America.

Craig Brewer steps in for John Landis as director, while original screenwriters Barry Blaustein and Davis Sheffield return, along with Black-ish creator Kenya Barris. Like the original, the new film draws much of its humor from culture-clash comedy between Black Americans and Black Africans.

More than three decades after the events of the first film, Akeem (Eddie Murphy) remains the prince of Zamunda. His father, the king (James Earl Jones) is on his deathbed, and demanding a male heir, even though Akeem and his wife from the first film, Lisa (Shari Headley) have only daughters. The king is fearing a takeover by a neighboring kingdom, led by a military dictator (Wesley Snipes!)

However, Akeem soon learns that he has a son after all, who has grown up back in Queens. It turns out Akeem fathered a child, offscreen during the events of the first movie. In a plot point that’s considerably more rapey than the film seems prepared to deal with, that conception was brought about when a woman (Leslie Jones) had sex with Murphy while he was drugged.

So the son, Lavelle (Jermaine Fowler) comes to Zamunda, leading to another round of culture-clash comedy. And while the first movie was mostly about the African characters getting acclimated to New York, the sequel is set mostly in Africa, aside from a couple of brief visits to Queens.

Therefore, we see more of Zamunda than ever before, and the nation has more than a little bit in common with Wakanda, from Black Panther. It’s a hereditary monarchy, in a fictional African nation, in which the audience is meant to sympathize with that system of government despite the complete lack of democracy.

Also, male members of the family must pass a physical challenge to take their place in the line of succession. Like Black Panther, the Zamunda scenes use costumes by Oscar-winning designer Ruth E. Carter- and like Wakanda, Zamunda was created on sets in Georgia.

The culture clash comedy is fitfully humorous, with inspired gags emerging here and there. But the script is much more enamored with near-constant callbacks to characters, lines, and moments from the first movie. And even one to Trading Places, although the first film had one of those, too.

It’s fan service on the level of what you’d see in a Star Wars sequel, and while much of it works, it gets to be a bit much after a while.

Indeed, Coming 2 America opts for bigness, in every way. It’s stuffed heavily with many, many characters. There are multiple elaborate musical numbers, including one set to the Prince song “Gett Off.” I’ve heard of a kitchen-sink approach, but this movie tosses in the whole kitchen.

If you’re a fan of the original Coming to America, you’ll likely find much to enjoy here, enough to make watching it worthwhile.

The film features a deep and talented cast, including several people from the first film- —Arsenio Hall, James Earl Jones, John Amos, Louie Anderson, Shari Headley, and the “She’s your queen to be” guy, Paul Bates — who rarely appear in movies anymore. Newcomers to the franchise include Snipes, Jones, Morgan Freeman, and Kiki Layne from If Beale Street Could Talk, who plays Murphy’s oldest daughter. Samuel L. Jackson and Eriq LaSalle are pretty much the only living actors of note from the first movie who don’t return.

And yes, the film also brings back all the characters Murphy and Hall played in heavy makeup, including the old guys in the barbershop. Yet for some reason, they’re the exact same age they were in 1988.

The sequel, which is rated PG-13, is a bit less ribald than the first movie, and slightly more woke too. Much like in all of the recent Disney remakes, it’s a few degrees more feminist than the original was, there’s never much doubt at any point exactly how the movie’s going to end. Then again, the first movie also took a big stand against arranged marriage, and in the years since we’ve had a whole TV series, The Crown, which is mostly about how generations of royals have been miserable because they weren’t allowed to marry the person they want.

If you’re a fan of the original Coming to America, you’ll likely find much to enjoy here, enough to make watching it worthwhile. But if you’re not, you’ll likely be completely lost. But either way, I do advise staying for the closing credits, because there’s some very good stuff there.

Berlinale 2021: Wheel of Fortune and Fantasy Shows off the Power of the Short Story Form