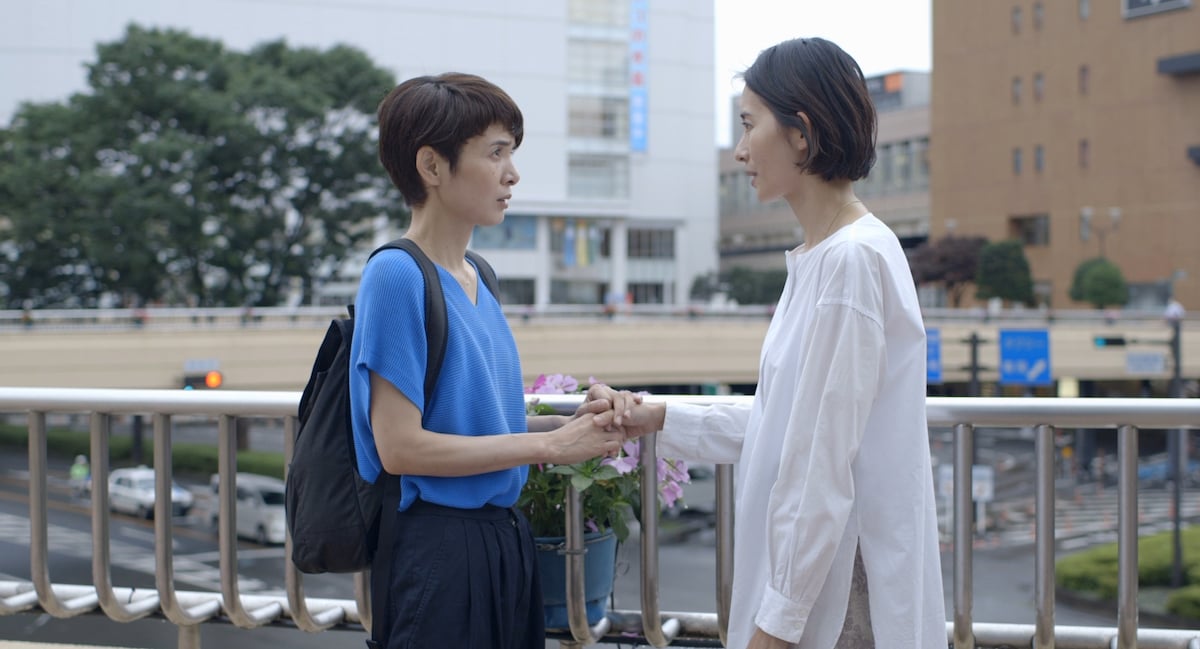 The short story collection, once marquee events in the 60s, especially in European cinema, still remains rather underused in feature filmmaking, especially as prestige television seems like a more natural fit. But it is a cinematic form more established directors should try, especially those working in the humanist mode, as some stories simply sparkle when condensed into a shorter form and are placed alongside one another for a single viewing.

After the success of Happy Hour (haven’t seen) and Asako I & II, the latter of which I enjoyed but couldn’t understand how something so meandering ended up in Cannes, Ryūsuke Hamaguchi’s good-will has rightfully landed him in the Berlinale competition with Wheel of Fortune and Fantasy, a trio of tightly-knitted stories that minutely examine the power of coincidence, desire, and human unknowability.

For me, his light, melancholy vision of humanity, obscured by whimsy in Asako I & II, finally snaps into view, creating three shorts with minimal locations and spare piano score, using dialogue and acting alone to power their themes. All three stories centre around love triangles, both real and imagined, witting and unwitting, men and women alike lying to each other and themselves when it comes to matters of the heart.

The first story, “Magic (or Something Less Assuring)” starts with a gushing description of a dream encounter told in the back of a taxi cab. From a business-meeting to a all-night dream conversation about anything and everything, it seems that Tsugumi (Hyunri) has just had the best date of her life. What she doesn’t know is that just how much her friend Meiko (Kotone Furukawa) is invested in her future. Using narrative sleight-of-hand and a conceit seemingly lifted from Knowing, this story shows us the immense power our choice of words can have on other people.

This theme is further developed with the erotic-ish “Door Wide Open”, a story of sexual entrapment with a remarkably dense 20 minute conversation between student and teacher at its centre. For those exasperated by the histrionics found in a dialogue-heavy screenplay like Malcolm & Marie — a sure-fire film that would’ve worked better as a short — Fortune and Fantasy provides a masterclass in how to keep us engaged with dialogue, slowly peeling back the layers of its characters while keeping the audience engaged. Anecdotes, repetition, mirroring, play-acting and deflection are used to switch the dialogue up, with characters often deliberately misrepresenting themselves and their emotions to find something out about the other. Conversation is a game of chess here, with the audience invited to play referee.

The vision of love in the first two stories is hardly a sprightly one. Thankfully the final and best story, “Once again” is far more optimistic, mixing a science-fiction premise — a computer virus that has knocked all communication back off-line — with a Rohmeresque feeling of happenstance and magic. Hamaguchi revels in the ways that stories can resolve themselves with the click of a director’s fingers, yet thanks to the naturalist performances of all actors involved — shot in a flat, workmanlike style — it all comes across as rather effortless. After this and Rasoulof’s There Is No Evil, perhaps it’s time for the anthology film to make a proper comeback.

Wheel of Fortune and Fantasy plays in Competition at Berlinale, running from 1st to 5th March

Berlinale 2021: Petite Maman is a Small Film with a Huge Heart