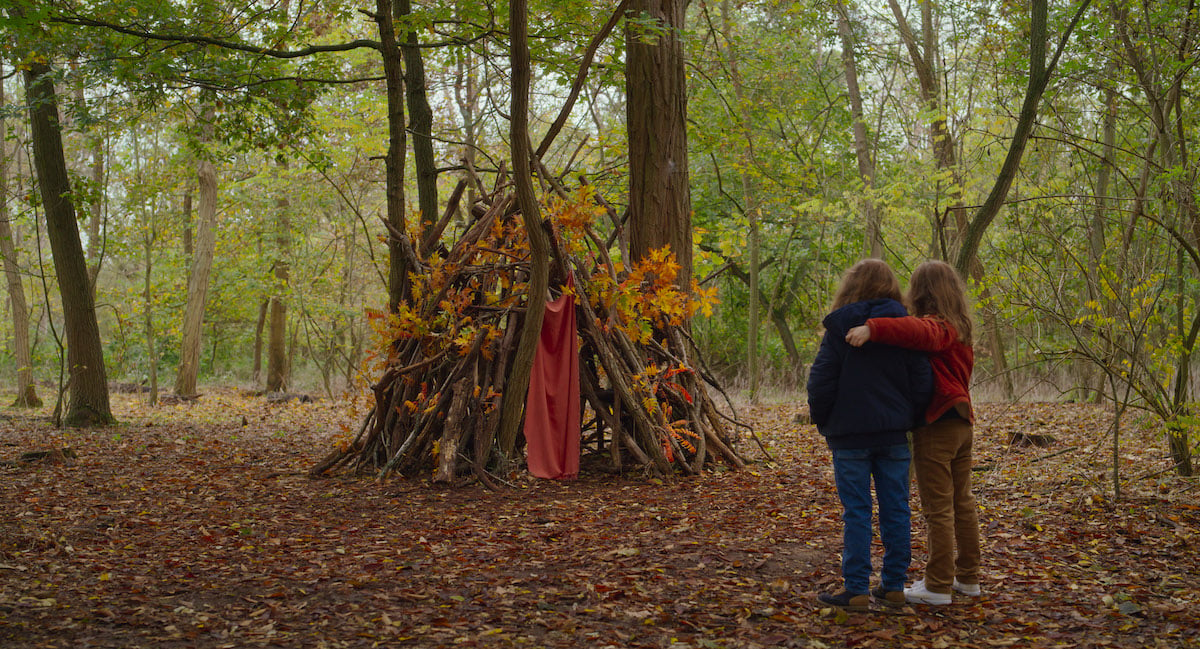 Scaling back considerably after the high-profile Portrait of a Lady on Fire, the modest and unassuming Petite Maman uses its apparent low-stakes to trick the viewer into a false sense of security. Telling the story of a nine-year-old girl named Nelly (Joséphine Sanz) who goes back to her grandmother’s house following her death, it is actually a quietly devastating exploration of familial connection across the generations.

Nelly, her mother (Nina Meurisse) and father (Stéphane Varupenne) are tasked with clearing out her grandmother’s things, staying in her house deep within the woods. When Nelly goes for a walk, she comes across another girl named Marion (Gabrielle Sanz). If the two girls look very similar, both of a similar height and sporting long, flowing brown hair, it’s because they are sisters.  It helps both young actors to operate on an uncannily familiar wave-length from the start of the film, which slowly peels back the layers to fascinating, magic realist effect.

I’m particularly fond of films that allow fantasy elements to creep within an otherwise naturalist setting, showing off the magic that can linger around the frame even in normal life. Some may be put off by a premise that easily can be found in more mainstream films, but here the precise execution is what makes Petite Maman such a success. Sciamma lingers on scenes of simple poetry, like Nelly helping her father shave, the two girls kitting out a hut in the middle of the forest, or play-acting in an American movie parody. The latter seems to suggest that with enough acumen, even the cheesiest of premises can be spun into cinematic gold.

To be honest, my first reaction to hearing about a 70 minute, child-focused film made under coronavirus restrictions, that wrapped at the end of November, acting as Sciamma’s follow-up to her festival-destroying award-winning lesbian romance, was: “OK this will just be a neat exercise to clear the palette and keep the crew busy.” Petite Maman is anything but, using tight frames, clever plotting and elliptical editing to create a fascinating and touching reverie on the bonds that unite all families.

Like Portrait, it is an accomplished exercise in creating and withholding emotion, before slowly allowing the waterworks to burst in an onrush that proves once again why she is such an exciting director. While it could’ve easily slotted into the Generation strand of the Berlinale, it pulls off a few gorgeous tricks that evoke Studio Ghibli films like My Neighbor Totoro and When Marnie Was Here far more than standard coming-of-age tropes. With a strong pastoral feel, young female-focus, tropes of friendship and even a little slice of magic, one could easily imagine this animated to the uplifting sounds of Joe Hisaishi. Musical cues are mostly omitted however, until right near the end, finally allowing its emotions to soar. With unwavering focus and nary a false shot, this might actually be my favourite Sciamma film.

Petite Maman plays in Competition at the Berlin Film Festival, running from 1st to 5th March

Berlinale 2021: Wheel of Fortune and Fantasy Shows off the Power of the Short Story Form

Berlinale 2021: Forest — I See You Everywhere is a Deeply Dark yet Strangely Satisfying Watch