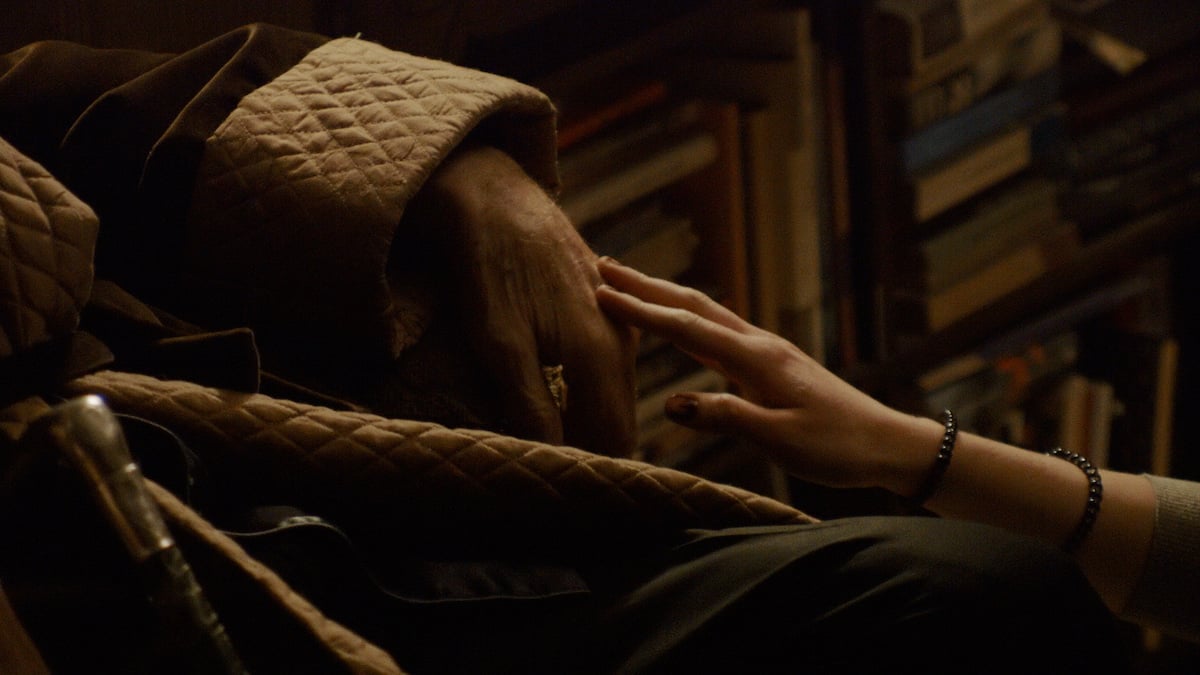 Forest — See You Everywhere is a tough and brittle watch, filled with unlikeable people who we are forced to empathize with through long, handheld takes lingering on their faces and hands. The cinematography by Mátyás Gyuricza and Ákos Nyoszoli, often preferring a quick pan to a simple cut, keeps the film feeling intimate and cinematic despite its dialogue-heavy nature.

The fires invoked everywhere in this panoramic, anthology-like portrait of loss, depression and angst, aren’t literal. They come from inside nearly every character, who remains tragically misunderstood, their flames unable to be put out when laying out their crises in front of another. They didn’t start the fire, but that doesn’t mean that the world is going to put them out any time soon.

It starts with one girl practicing a presentation on front of her father, detailing the events that led up to her mother’s death. Her father was somewhat involved in what happened, making this a deeply awkward watch. Setting the template for the stories to come, the film loves to explore one side of a debate before gloriously complicating it, making it hard to say who is the victim and who is the perpetrator in any given situation.

Hug your loved ones before you watch this one; it can be rather dark, covering miscarriages, unfortunate deaths, and unhopeful cancer diagnosis. Nonetheless, while the majority of the story is leaden, dark and incredibly depressing, there is humor found in one boy’s refusal to listen to his Christian mother. She berates him for playing games involving shape-shifters and elves; he responds by saying that the Bible is also a story and that God himself is a “crazed psychopath.”

In many ways, especially in its thorny characterization, it evokes last year’s Treasure City, another kaleidoscopic survey of Hungarian discontent. But while that film gestured towards the political situation in Hungary, Forest — I See You Everywhere is a far more psychologically rich portrait of people on the edge, bringing to mind both the work of John Cassavetes. The best is left to last —with the haunting description of a woman dying of cancer taken advantage of by a medical quack — suggesting a cycle of violence that will linger long after the movie has ended.

The description of the film as “depressing” or “miserable” aren’t words chosen to put you off, as it remains thrillingly alive and human despite its morose subject matter. It really helps that the acting is uniformly excellent, director Bence Fliegauf bringing the best out of amateurs and professionals alike, able to hold our interest despite little variation in settings, the majority of these stories taking place in pokey, claustrophobic apartments. The somber mood is dictated to us by a few simple piano chords, which are slightly repetitious but help to blanket the various conversations within a uniform framework of misery. Preferring abstracted miniatures to any kind of meta-narrative, Forest weaves a strange spell that’s hard to shake off.

Forest — I See You Everywhere plays in Competition at the Berlinale, running from 1st to 5th March.

Berlinale 2021: Petite Maman is a Small Film with a Huge Heart

The Original Coming to America was the Movies’ Funniest Immigrant Story