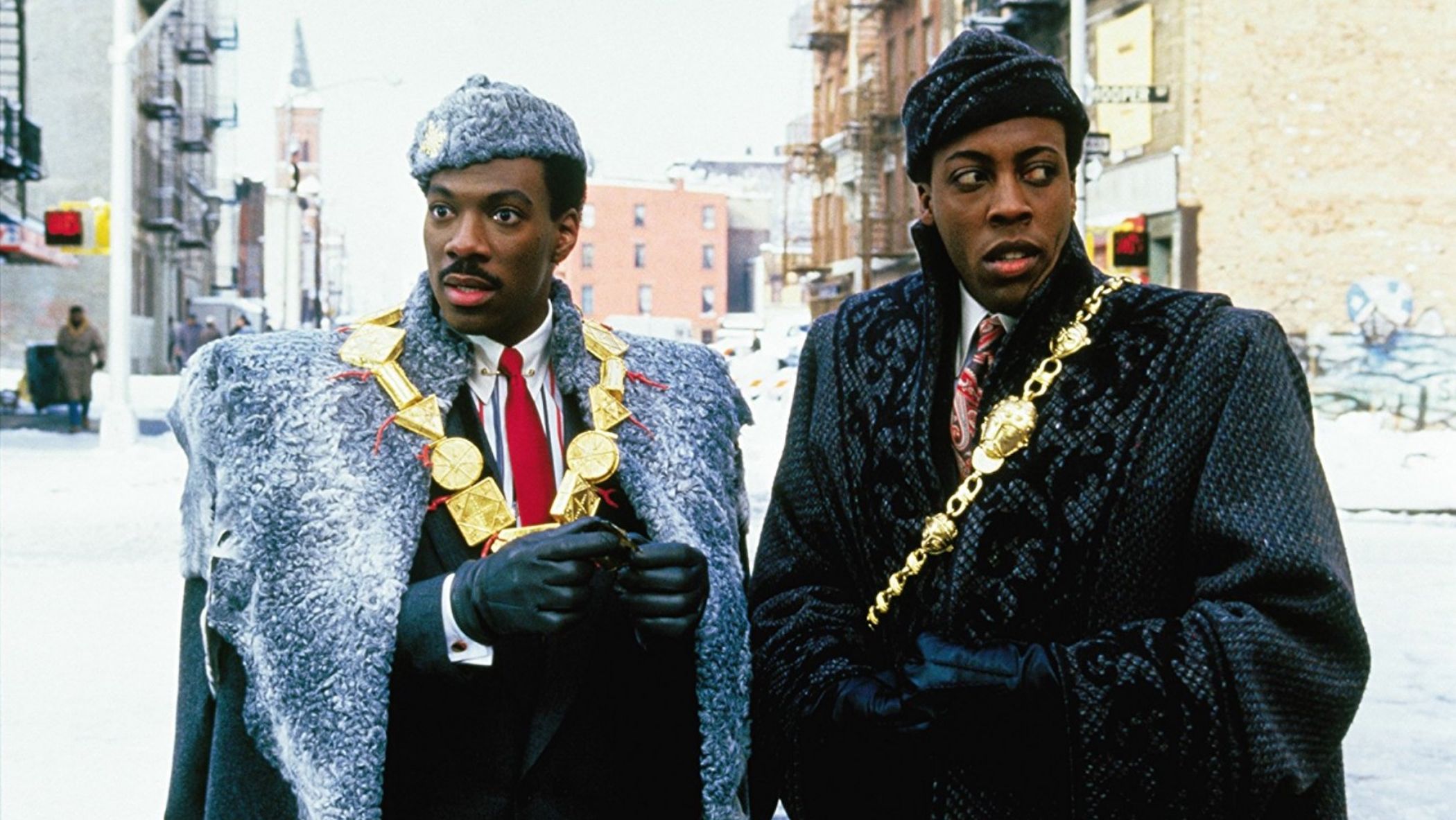 John Landis’ original Coming to America, from 1988, is one of the most beloved comedies of the last quarter of the twentieth century.

It’s not very hard to describe why. The film starred Eddie Murphy, at the absolute height of his powers as a movie star. It had a dynamite premise, involving the story of an African prince (Murphy) who comes to New York to find a new bride and getting into a series of hilarious cross-cultural adventures.

Also, the script (by David Sheffield and Barry W. Blaustein) is extremely witty, contributing numerous famous one-liners to the American movie canon. And the film was constantly on cable TV throughout the ’90s and early 2000s, allowing it to get a huge cultural foothold.

Murphy starred in the film as Prince Akeem, the crown prince of the fictional African nation of Zamunda. His father, the king (James Earl Jones) wants him to marry an arranged wife but, seeking independence, Akeem heads to New York City (Queens, of course) to find a wife on his own, while posing as a commoner. Joining him is his sidekick, played by a pre-talk show Arsenio Hall.

One thing that’s notable about Coming to America is that it’s a specifically Black story, one in which very few white people play any role of note, despite the white director and two white screenwriters.

And not only that, but it draws most of its humor from culture clashes between its African hero and African-American side characters. It also derived jokes from things like Black barbershop banter and “Soul Glo.” Yet even something that specific was so universally funny that the film became beloved across the board.

Coming to America is full of great moments and scenes. “The royal penis is clean your highness.” “She’s Your Queen To Be.” Sexual Chocolate’s cover of Whitney Houston’s “The Greatest Love of All.” The old men in the barbershop (all played by Murphy and Hall) arguing about old boxers.

But it’s also a romantic comedy — the first Murphy ever starred in — as Akeem sweetly finds love with Shari Headley’s Lisa McDowell.

John Landis directed Coming to America following his classic 1980s run of Trading Places, Spies Like Us, Three Amigos, and the crazy anthology film Amazon Women on the Moon; that Landis was able to get that much work following the on-set deaths on Twilight Zone: The Movie, and the criminal trial that followed, is kind of amazing.

Murphy and Landis are said to have feuded to such a degree on Coming to America that Murphy once said in an interview that “Vic Morrow has a better chance of working with Landis than I do.” But he did, in fact, work with Landis on the third Beverly Hills Cop, although Landis has nothing to do with the new movie.

Ahead of the sequel, the original Coming to America is also available on Amazon Prime Video, allowing fans to catch up before they watch the new movie. And because the sequel is chock-full of references and callbacks to the original, it’ll be helpful to have it fresh in mind. That is unless you’re one of the many who could recite the movie from memory.

Berlinale 2021: Forest — I See You Everywhere is a Deeply Dark yet Strangely Satisfying Watch

Berlinale 2021: What Do We See When We Look at the Sky? is Death by a Thousand Montages