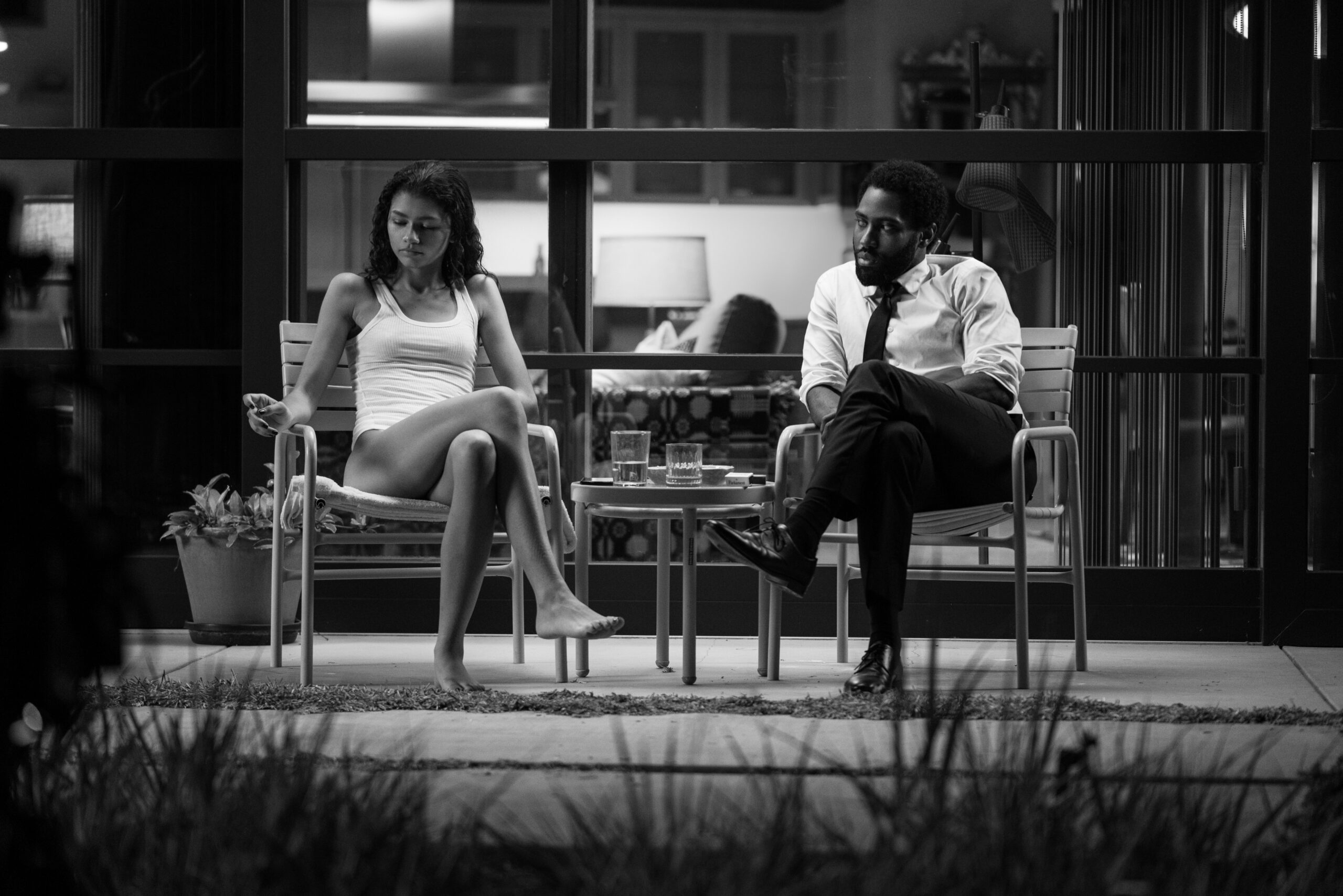 You ever see a man with a shovel? You know he’s making himself a nice little hole in the ground before he suddenly realizes he’s dug himself too deep. Does he stop digging or does he just keep going? Watching Netflix’s Malcolm & Marie is a lot like that.

Not to say that the film is bad, on the contrary. This is just an analogy to the start of the fight between the titular Malcolm and Marie. The central storytelling device of the movie, the spat between the two begins when Malcolm, a filmmaker, forgets to thank his girlfriend, Marie, at the premiere of his latest film.

As if this casual flub wouldn’t be insulting enough under normal circumstances, Marie finds it especially grating since the character at the heart of Malcolm’s movie is partly inspired by her. However, Malcolm, like the man with the shovel, refuses to give in and admit he was wrong… instead, he picks up a shovel.

Essentially a chamber drama, the kind of movie that could have just as easily been a play as a film, Malcolm & Marie explores the intimate inner depths of a relationship, plumbing them for one of the all-time great lover’s quarrels. Is it exhausting? Sure but that doesn’t mean it isn’t a worthwhile experiment.

Developed by Euphoria creator Sam Levinson, Malcolm & Marie was made over the course of roughly 2 weeks during the height of the COVID-19 pandemic, last summer. Shot in a literal glasshouse, the movie packs the perfect setting for a story that contains a lot of proverbial stone-throwing. In truth, aside from the obvious symbolism, the venue is also just a gorgeous, beautifully designed location for this story.

As Malcolm and Marie come together to fight, go their separate ways, and then return to the ring for a few more jabs, the chosen venue always gives the viewer plenty to look at aside from its naturally photogenic stars.

Zendaya, previously best known for Disney Channel fare like K.C. Undercover and the latest Spider-Man films, has seen some real growth over the last year through her role on Levinson’s aforementioned Euphoria. Here she’s really allowed to behave like an adult for the first time, however, playing her actual age of 24, rather than someone of high school age.

She commands the attention of the audience with the confidence of a veteran. With a script like Malcolm & Marie, nearly the entire success or failure of the project rests solely on the shoulders of the actors. Zendaya, for her part, positively smolders throughout the film, eviscerating John David Washington’s Malcolm with a mixture of rage, relish, and disappointment.

Meanwhile, Washington begins the film more on the defensive before viciously moving into the role of aggressor. He arrogantly displays his intellect, ripping on critics, actresses, and finally Marie. Every bruise on his ego sends him to the ropes before he comes back swinging like Mike Tyson. Washington plays him as both a charismatic artist and an overzealous prick in tandem. It’s a wonderful performance, even slightly overshadowed as it is by Zendaya’s breakout here.

Truly, the two carry this script from what could have been a middling success to a must-watch. Occasionally overly wordy and a bit prone to repeating patterns, Malcolm & Marie‘s screenplay requires top-tier actors to push it beyond the limits of the page, and, fortunately for Levinson, he found them.

Utilizing this strength, Malcolm & Marie carries itself from one scenario to another before returning to the fight that powers the film. When the two briefly find a mutual enemy in an LA Times or Indiewire critic, uniting them, we see the other, more tender and playful, side of their relationship. Later we see their sizzling sexual chemistry before another wayward remark offsets what could have been a chance to make up.

Levinson’s careful eye dials a wonderful focus, occasionally shifting but often lingering for long steady shots on the person speaking for minutes at a time before cutting to their partner’s stunned reaction. Based partly on Levinson’s own experience, having forgotten to thank his wife at a movie premiere of his own, it’s clear through his attention to detail that his close connection to the source material makes Malcolm & Marie very personal.

It’s the intimacy of this approach that emerges as the film’s strongest suit. You really feel like you’re seeing varying facets of what happens behind closed doors in a relationship. The ups and downs of aggression and the sadness that often lurks underneath the more powerful feelings of anger are taken to their absolute limits here.

There are also some really great laughs to be had along the way. A couple of examples include a scene where Marie, lying in a bathtub to de-stress, sticks her head underwater to escape from Malcolm’s jabs, coming through the bathroom window. Another sees her giving up and just watching as Malcolm begins arguing and fighting with himself, a scene played hilariously by both actors.

The film also unpacks not just the fallacy of making art but the common irrelevance of discussing or attempting to understand it. Though Malcolm & Marie is commonly preoccupied with these issues, though, it never attempts to offer any easy answers to them, often having one character criticize an artist or critic before the other defends them or points out their partner’s hypocrisy.

Ultimately, while Malcolm & Marie may not be a film for everyone, it’s worth a look even for viewers who might not typically cotton on to this kind of dialogue-heavy picture. For what it’s attempting it generally succeeds and when it does flounder on occasion, Zendaya and Washington carry it through more than competently.

Free to Netflix subscribers as of February 5th, those who follow the Oscars will want to make sure to set aside a couple of hours for Malcolm & Marie as, at the very least, its two performers will likely see themselves up for the big acting prizes come April.

Sundance 2021: Judas and the Black Messiah is Powerful Political Cinema