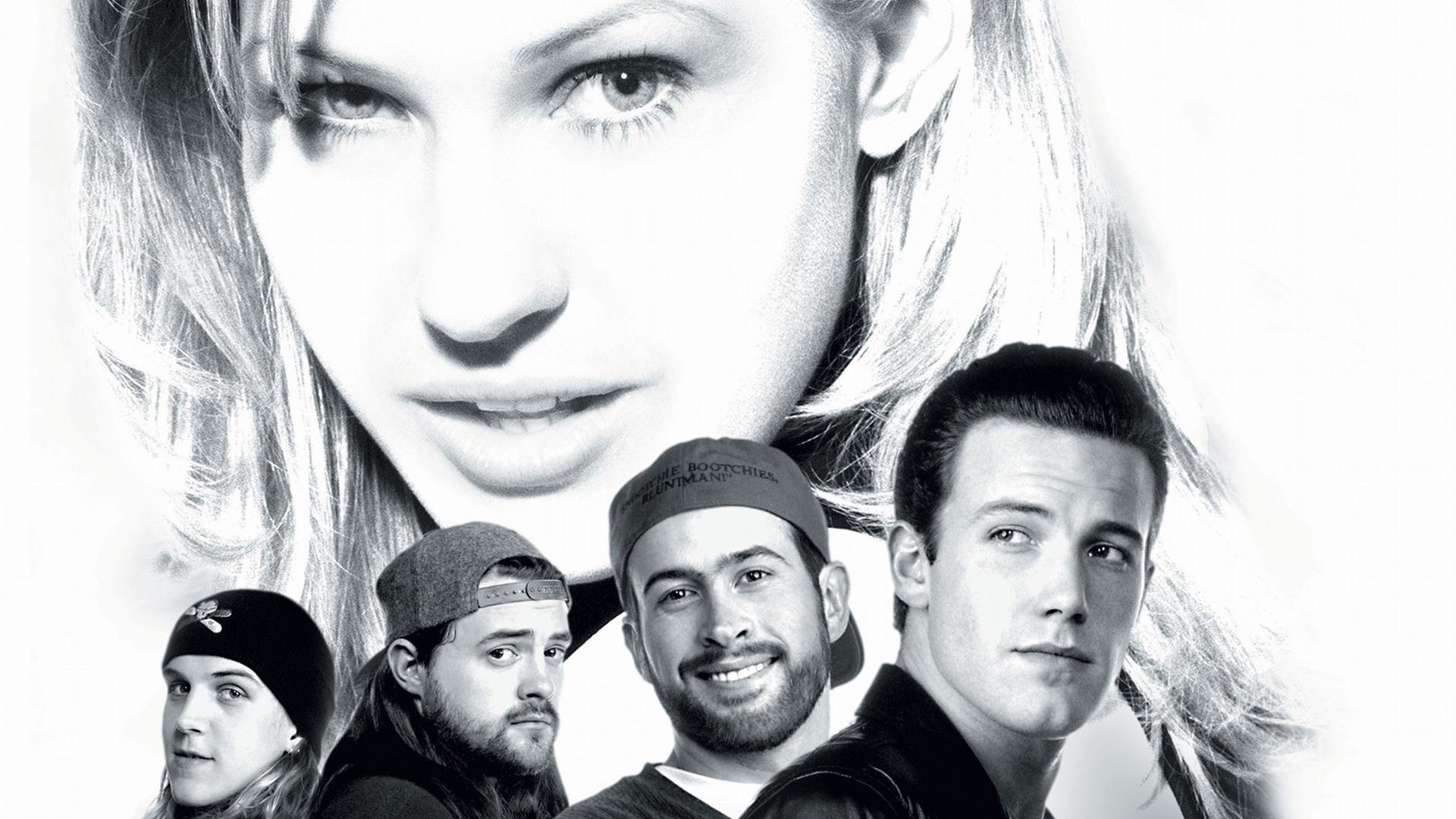 In April 1997, a little indie movie that opened with comic book art (a full three years before X-Men) was released in three theatres.  Featuring a lead actor who would win an Oscar for Best Original Screenplay for Good Will Hunting the next year, and then go on to play both Daredevil and Batman, Chasing Amy was only made for $250,000. It ended up grossing 48 times that, won two Independent Spirit Awards, and garnered a nomination for a Best Actress Golden Globe for Joey Lauren Adams. Not bad for a film about a cartoonist named Holden McNeil (Ben Affleck), who has found commercial success as co-creator of the popular dick and fart joke-filled Bluntman and Chronic superhero comic with his homophobic, irascible best friend Banky Edwards (Jason Lee). Holden ends up falling for a lesbian comics creator named Alyssa Jones (Adams), and against all odds, they have a romantic relationship. However, things don’t end up going well when Holden can’t come to terms with Alyssa’s sexual past.

Chasing Amy is easily writer/director Kevin Smith’s most personal film, and its central romance plot was based on his previous romantic relationship with Adams, as well as his inability to come to terms with her past. So, the scene where Smith gives his longest ever Silent Bob monologue is basically him lecturing a past version of himself that happens to be played by a teary-eyed Ben Affleck. There are other parallels, like Holden lamenting the fact that he wants to do more meaningful comics work than weed-themed superheroes, just like Kevin Smith wasn’t feeling so hot after he made the studio film Mallrats, which was critically-panned and barely made back one-third of its budget.

One thing that was pretty revolutionary for this 1997 film was its inclusion of well-crafted lesbian and gay characters in Alyssa and the African-American cartoonist Hooper X (Dwight Ewell), who is the creator of White Hating Coon (and definitely thinks Archie and Jughead were gay lovers). Also, neither Alyssa nor Hooper die or suffer any great tragedy. Especially in comedies, I think an LGBTQ character is well-represented when they are making the jokes and not just the butt of jokes. In fact, Hooper gets to be the leading light in one of Kevin Smith’s funniest scenes, period (the infamous “37 dicks” conversation in Clerks is pretty close), where he goes on a rant about how the Star Wars trilogy is Nazi propaganda, then ends up pulling a gun and yelling “Black rage!” as the audience (Sans Holden, Banky, and Alyssa, who are in on the joke) flees the Minority in Comics Panel. Then, without skipping a beat, he returns to his usual, stereotypically gay affect, and pokes fun at Banky asking, “What’s a Nubian?” Like Jeff Anderson in Clerks or Jason Mewes in, well, everything, Ewell has a real knack for delivering Smith’s filthy, pop culture-infused, everyman-philosopher dialogue. He can go from delivering a monologue about how (straight) men think that they always have to be pioneers when it comes to sex, to losing his mind over a Yanni CD. It’s a pity Ewell’s only other appearance in a Kevin Smith film was a funny cameo in Jay and Silent Bob Strike Back, where it’s implied that he and Banky are sexual partners (and that he hasn’t appeared in a film or TV episode since 2011)

Chasing Amy is filled with pejorative references to lesbians as “dykes,” hating men, and – in one of many cringe-worthy lines from Banky, while he and Holden are waiting to pitch Bluntman and Chronic to a couple of film execs played by Matt Damon and Brian O’Halloran (Dante in Clerks) – even just needing “a good deep-dicking.” Still, Alyssa herself is probably the most well-rounded character in the film, and holds her own in both the comedic and dramatic parts. The moment that most likely earned Adams her Golden Globe nomination is Alyssa’s song “Alive,” that captures her depth of feeling in singer-songwriter ballad form, even though it’s directed toward a woman she is attracted to and not Holden at that point in the film. This passion translates to later in the movie, such as when she tells Holden that she loves him after he suggests that they have a threesome with Banky to “fix” their relationship.

Adams can do funny as well, and engages in a fast-paced tete-a-tete/Jaws homage with Jason Lee, as Alyssa and Banky compare “sexual scars” while Holden basically sits there, open-mouthed. They sell these insane moments – including Banky relating a story about losing range of motion in his neck when an angry father pulled the then-teenage tracer off his daughter – through their vocal inflection and hand motions alone (the “flashbacks” themselves definitely show that Chasing Amy was made for next to nothing). Even though Banky spends most of the film being antagonistic towards Alyssa for basically stealing his best friend, Smith gives them a shared moment in this hilarious scene to show that if the situation was different (or if Banky wasn’t as close-minded), they could have been drinking buddies or something.

Alyssa and Hooper are fantastic characters, but almost every other line of dialogue in Chasing Amy has some sort of homophobic slur. The constant questions about how lesbians have sex definitely betrays Holden and Banky’s ignorance as mere Catholic boys from suburban New Jersey (like Kevin Smith himself). In a friendly chat on a swing set, Alyssa basically reveals that Holden’s definition of sex is that it’s a synonym for penetration. He and Alyssa are definitely friends, as shown by several montages of them enjoying the Jersey life, including skee ball on the Shore, haggling for a painting hanging up in a diner, playing an NHL video game on the Sega (because it wouldn’t be a Kevin Smith film without hockey), comic books, Star Wars references, and dick jokes. However, his line of questioning betrays his straight privilege, as Holden feels entitled to an explanation from Alyssa about why she is attracted to women, and what she does with them. Being a quick wit, she turns the tables on Holden and asks, “Why girls?”

Throughout Chasing Amy, Alyssa is constantly on the defensive from Holden and Banky’s interrogations about being a lesbian, and on the flip side, she also has to disguise Holden’s gender when talking to her lesbian cartoonist friends, until one of them sees through her “pronoun game,” and they slowly lift wine glasses like they’re at a wake (because apparently bisexual and pansexual people don’t exist in the View Askewniverse). The fact that a homophobic superhero inker from New Jersey and a lesbian slice of life comic aficionado believe that straight and gay/lesbian are the only two ways you can swing hints at Smith thinking like this in the late-1990s. At least, however, he didn’t portray Alyssa as a psychopathic bisexual killer, like Sharon Stone’s character in Paul Verhoeven’s Basic Instinct (1992).

Chasing Amy has a painfully dualistic view of sexuality, and that is probably its biggest problem. You’re either gay/lesbian or straight, and there is no room for fluidity without judgment from your friends. No one in Chasing Amy, including the “sexually enlightened” Alyssa, Hooper, and Alyssa’s lesbian cartoonist friends, mentions or acknowledges the existence of bisexuality or pansexuality in the film, even though it would likely solve some of the relationship tension between Holden, Alyssa, and Banky. A simple “I’m mostly attracted to women, but have had sex with guys in the past and am occasionally attracted to them now” could have solved the Gordian knot of a monologue that Holden delivers about having a threesome with Banky and Alyssa to strengthen their relationship. Banky and Alyssa don’t agree on a lot of things, but they do agree that this would be a terrible idea, because sometimes sexual and emotional intimacy aren’t the same thing. The chief conflict of Chasing Amy is Holden’s inability to come to terms with Alyssa’s past sex life, especially that she has slept with men, and his lack of empathy and openness towards her past choices and current sexuality is why he ends up being a “morose motherfucker” towards the end of the film.

I have been pretty harsh with the Chasing Amy characters Holden and Banky, and for good reason. They represent a world view that “straight” is synonymous with “default,” and that being attracted to or doing sexual things with the same gender is a kind of deviant behavior, even if most people aren’t pulling a Westboro Baptist Church and protesting against LGBTQ people in the streets with signs. However, even though the plot and ideas of Chasing Amy are based on his real-life experiences, the views of Holden McNeil aren’t synonymous with Kevin Smith’s. Holden’s arc in Chasing Amy is a painful learning experience with consequences, as he chooses to basically slut shame the woman he loves, and ends up ruining his relationship with her and his creative partner. Unlike in the opening Comic-con scene, the ending one shows that Holden, Banky, and Alyssa aren’t all buddy-buddy, despite exchanging long, if still-friendly glances across the show floor. They’ve all taken separate paths in life, but Holden seems to have learned from his mishaps, and offers an autobiographical comic titled Chasing Amy as a kind of apology. He has screwed up his life, but also found a way to make soul-searching art out of it, so the film really has a bittersweet ending.

Even though it has ignorant and dated ideas on LGBTQ people and sexuality as a whole, Chasing Amy is refreshing as a romantic comedy because it doesn’t have a tacked-on happy ending, and has characters face the consequences of their actions. Holden behaves boorishly toward Banky and Alyssa in the threesome scene, and thus his friendship and romantic relationship with them ends. Silent Bob’s famous speech at the end drives home this idea, as he realizes that he has lost a shot at love with “Amy” because of his foolishness and slut shaming, just like Holden has with Alyssa. Along with his 1999 fantasy comedy Dogma, Chasing Amy is one of Kevin Smith’s high watermarks as a filmmaker, as he wrestles with questions of love and faith in a way his subsequent films (with the exception of the non-View Askew Red State) wouldn’t, something which is kind of unfortunate, as Smith has gone from laying out his personal failings and struggles bare on the page and screen to making a movie that is the same Canadian joke over and over again, shilling for the amorphous blob that is “geek culture,” and directing okay episodes of the CW’s superhero shows.

Editor’s Note: This article was originally published on April 4, 2017.

The Player at 30: A scabrous, of-its-time Hollywood satire from Robert Altman

Chasing Amy at 25: A Complicated Work from Kevin Smith 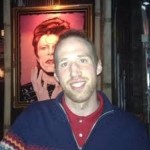