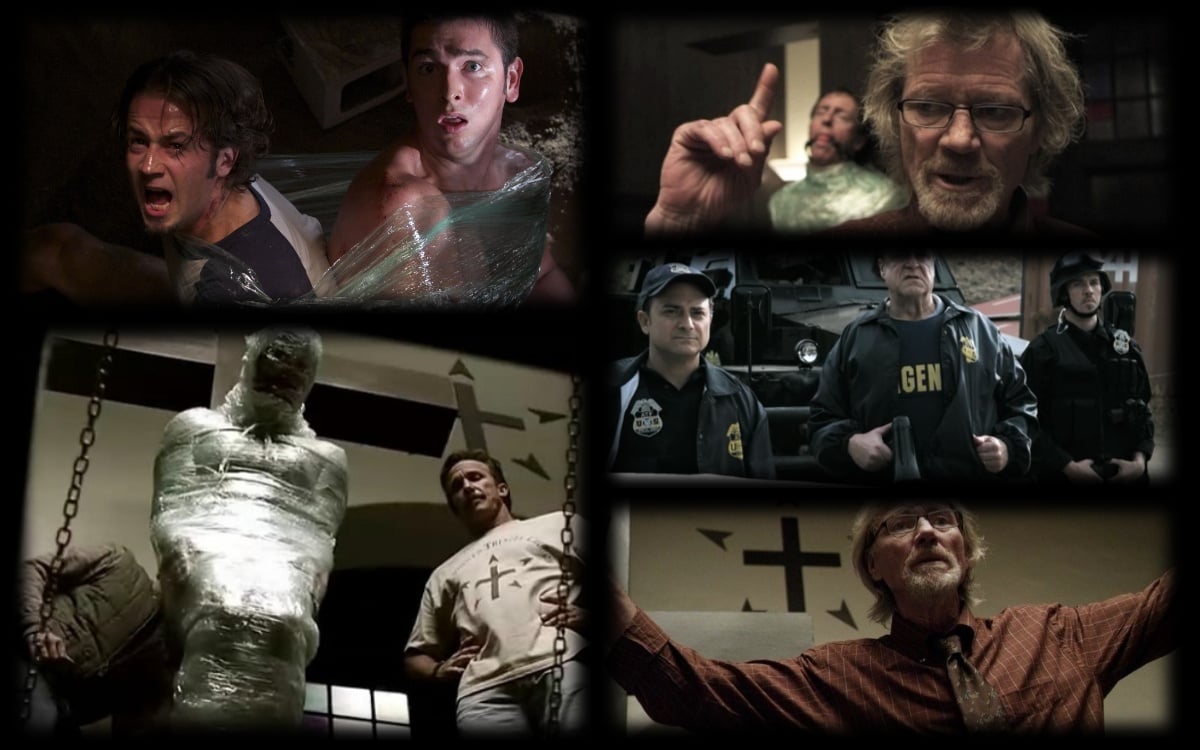 An unlikely film from that Kevin Smith

Kevin Smith’s hotly-anticipated horror film Red State marked a high in the director’s career when released in 2011, which isn’t really saying much given that Smith’s the man behind Mallrats, Cop Out, and Jersey Girl. Ultimately, there are hints that Red State was supposed to be something smarter and less lazy, but it’s clear that even after seventeen years as a filmmaker, the writer/director/producer still had many things to learn.

The guru of fanboys, Smith takes direct aim at America’s political climate and home-bred fundamentalist groups, providing for villains a small, hyper-religious sect who protest funerals for gay people and preach of the imminent rapture. It’s a mixed bag of horror, action, and social commentary on a hot-button issue, but Red State is undermined by off-beat humor, giant chunks of exposition, and a refusal to trust its audience. The script is so manic that you never have time to really get to know any of the characters, and spends the majority of its runtime diving into long patches of exposition (a teacher explaining constitutional rights to her students; a lesson on the radical Five Points Church; our introduction to the Reverend Cooper and his flock via an even longer, more tedious sermon; John Goodman’s clumsy message about how fascism is wrong…).

It’s tough generating much enthusiasm for a motion picture that does a lot of things but does none of them well. While this may not look like any previous Kevin Smith film, it still plays like a Kevin Smith movie, catering to his devoted fans and no one else. Smith is still his own worst enemy when it comes to pacing and dialogue. Red State is just another talky Kevin Smith film, sucking out all the tension and stakes in the action-horror plot. It’s also an extremely familiar genre movie that first revolves around the abduction and murder of several teenagers before indulging in bulletproof shoot and run action tropes. Once the bullets start flying, instead of raising the tension, Smith finds room for his signature of dick and fart jokes, a deadly mistake in any thriller that ought to be moving forward and fast.

Red State is a failed experiment, but a noble one, a movie that started off with clever ideas but collapses under its own preachy ballast.

With a narrative that jumps all over the map and characters almost uniformly repugnant, the long stretches of dialogue only pile on to make the movie drag even worse. Smith’s inability to trust and build on the tension he’s created through the impressive visuals and audio further proves he doesn’t belong in the director’s chair. He is not a filmmaker who exudes confidence and lacks the know-how to properly execute the thriller he’s devised. It’s admirable that Smith finally took a chance on breaking free from the comedy genre, but admiration doesn’t make your film good.

In an ambitious and radical departure from his previous work, Red State, made for $4 million and shot on digital video over the course of 25 days, at least sports a high contrast, ultra-gritty palette which is visually and aurally impressive. Smith has never been known as a visual director, but the elegant handheld camerawork by longtime cinematographer David Kline works wonders. The use of grimy filters and jittery camera-work is nothing new but shows how Kline has improved his craft as a cinematographer throughout the years.

Despite the sound and fury surrounding its release, Red State doesn’t signify anything beyond the truth of Kevin Smith’s repeated insistence that he’s not much of a director. The end result is a one-act-better-than-average horror film, tarnished by lengthy, tension-stealing stretches of dialog, thinly veiled social criticism, and poorly directed Michael Bay-like set pieces. This is frustrating, as there is potentially a very good movie hiding inside Red State. But as an ambitious and overreaching break with Smith’s provincial milieu, Red State is a failed experiment, but a noble one, a movie that started off with clever ideas but collapses under its own preachy ballast.

Red State is a Grim Snapshot of Modern America